The Ravenwood boys showed great patience on Friday night — even though the Raptors were in a big rush to snap a losing streak against their biggest rivals.

In a game that saw both teams treat almost every possession like it was a fragile gift, the Raptors made a series of big plays in the final 90 seconds to pull out a 52-45 road victory over the district-leading Bruins in an intense 11-AAA contest. 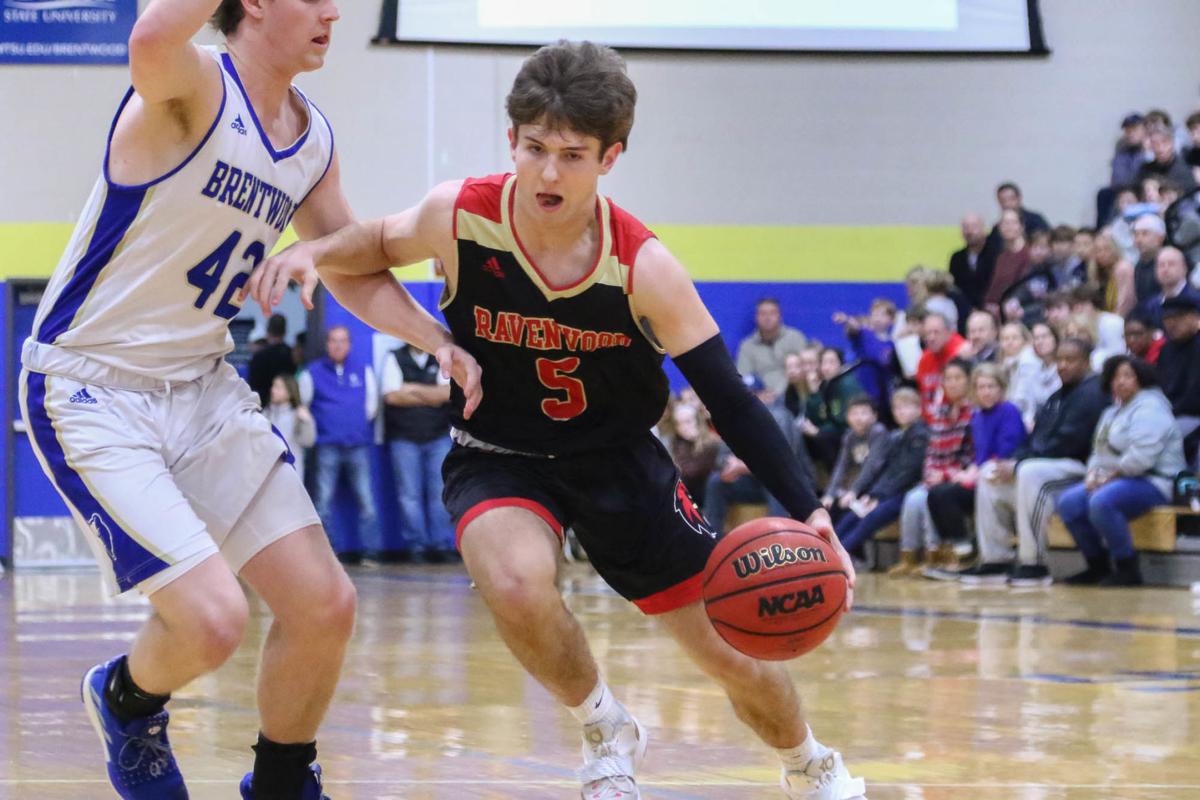 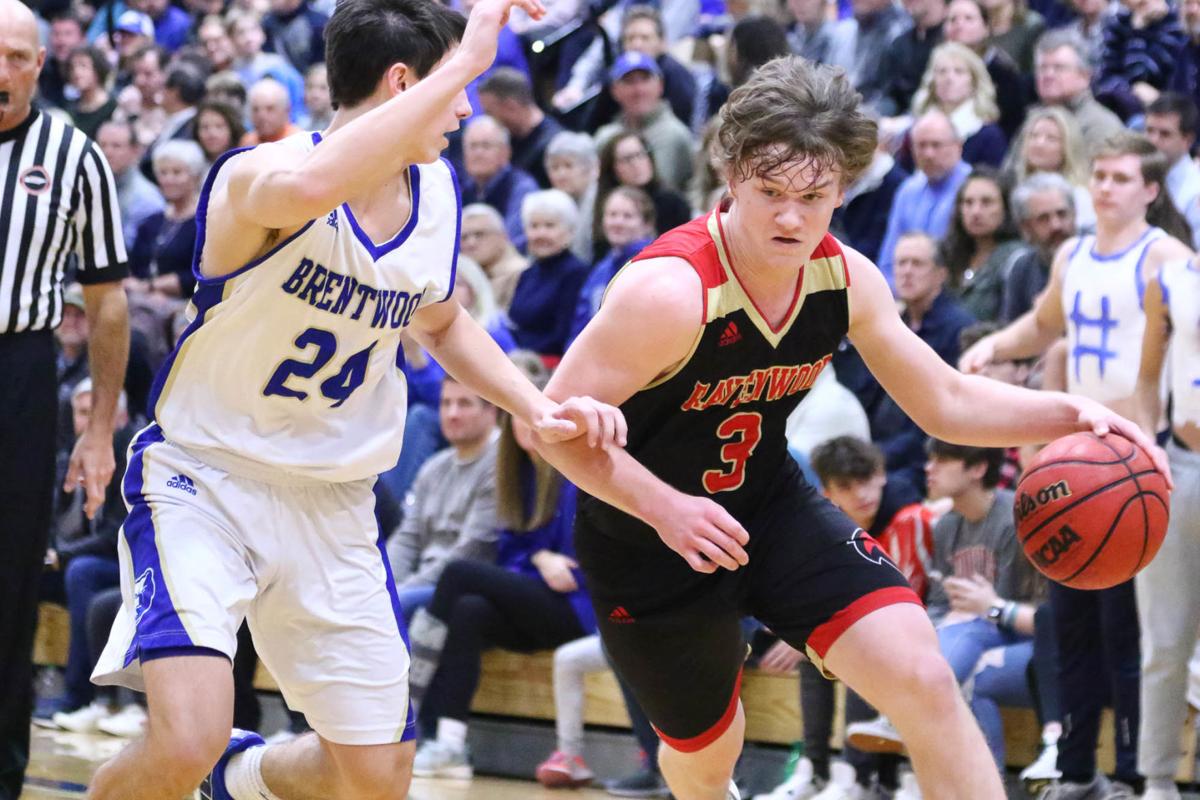 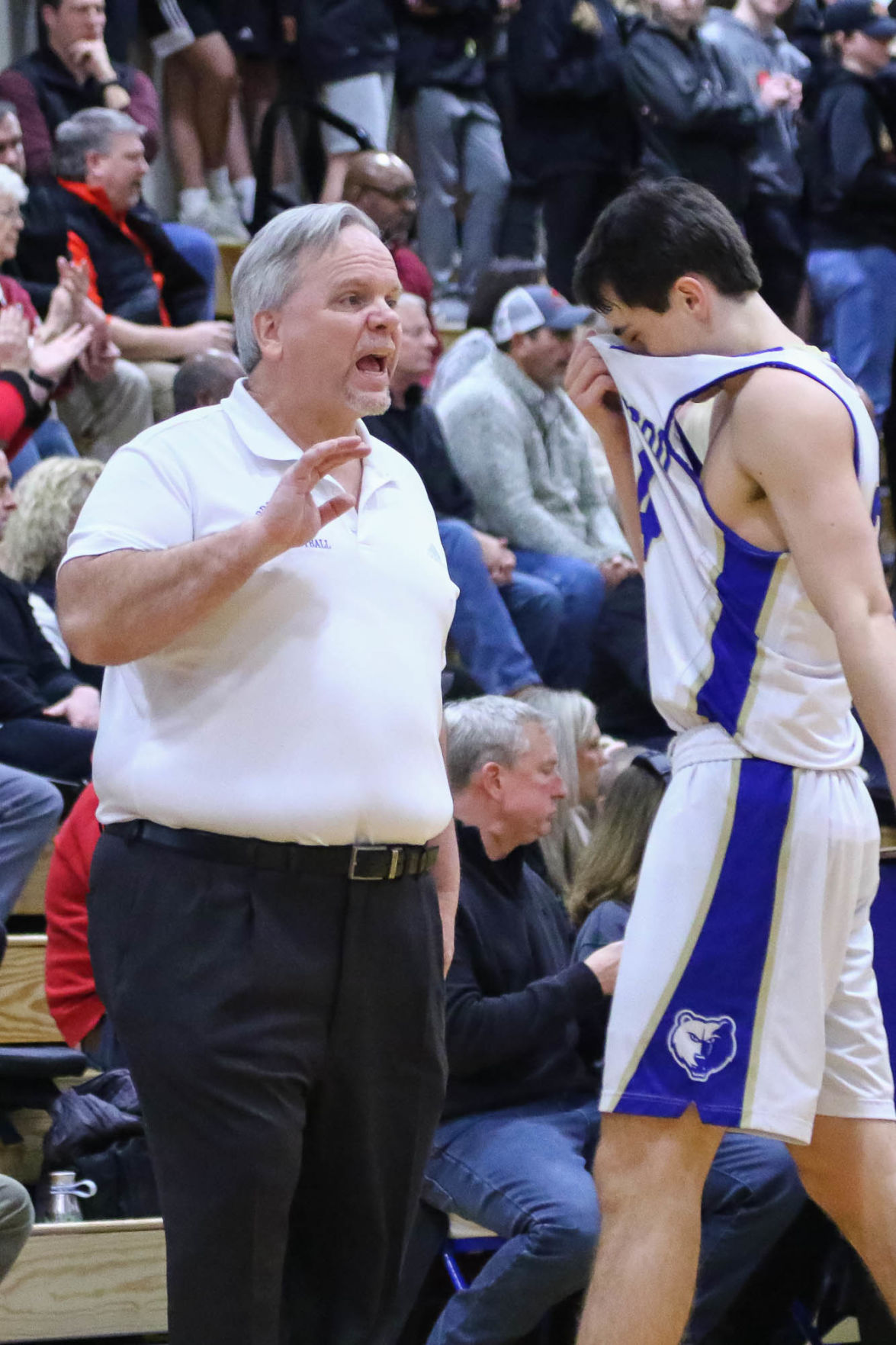 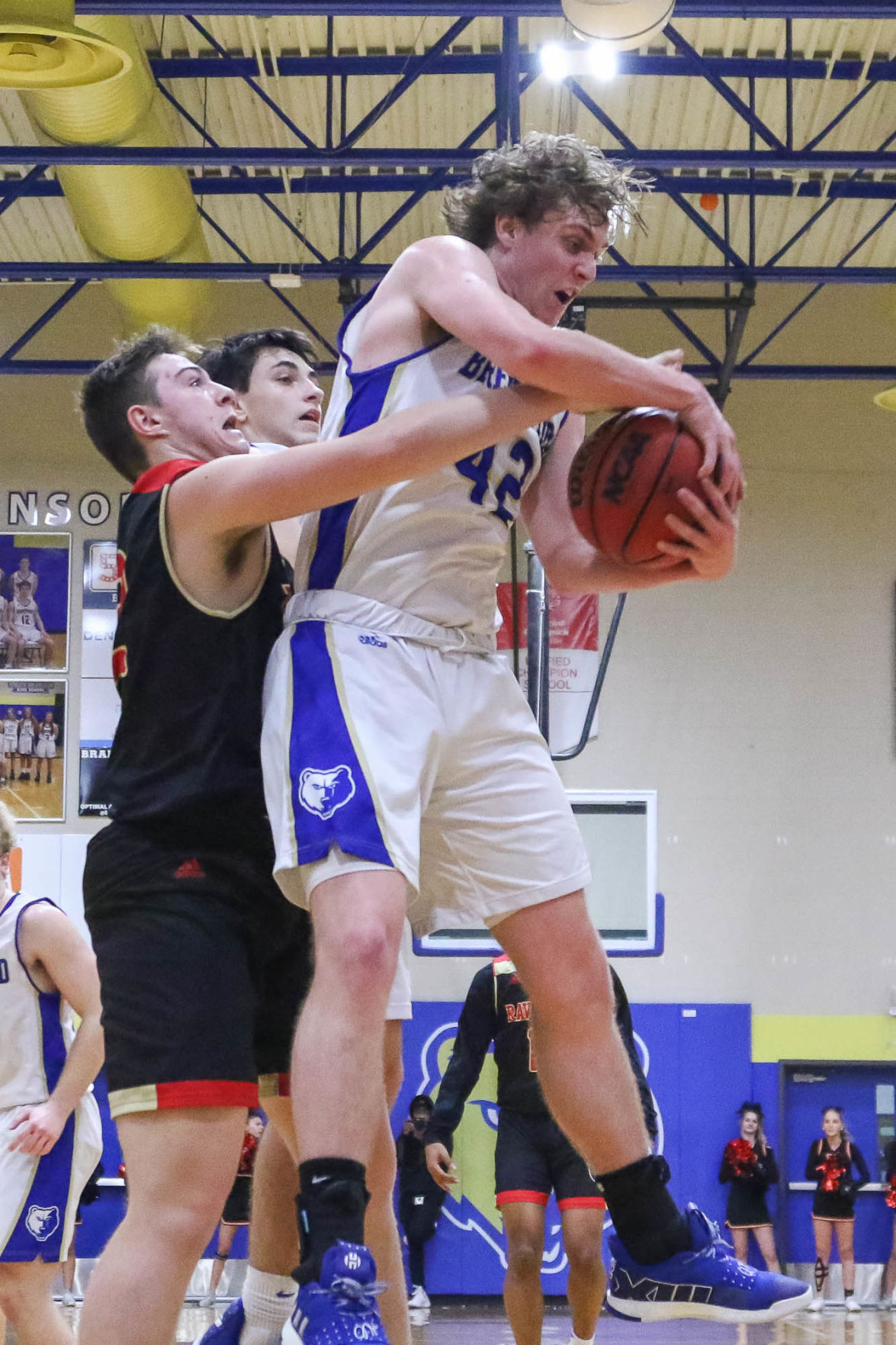 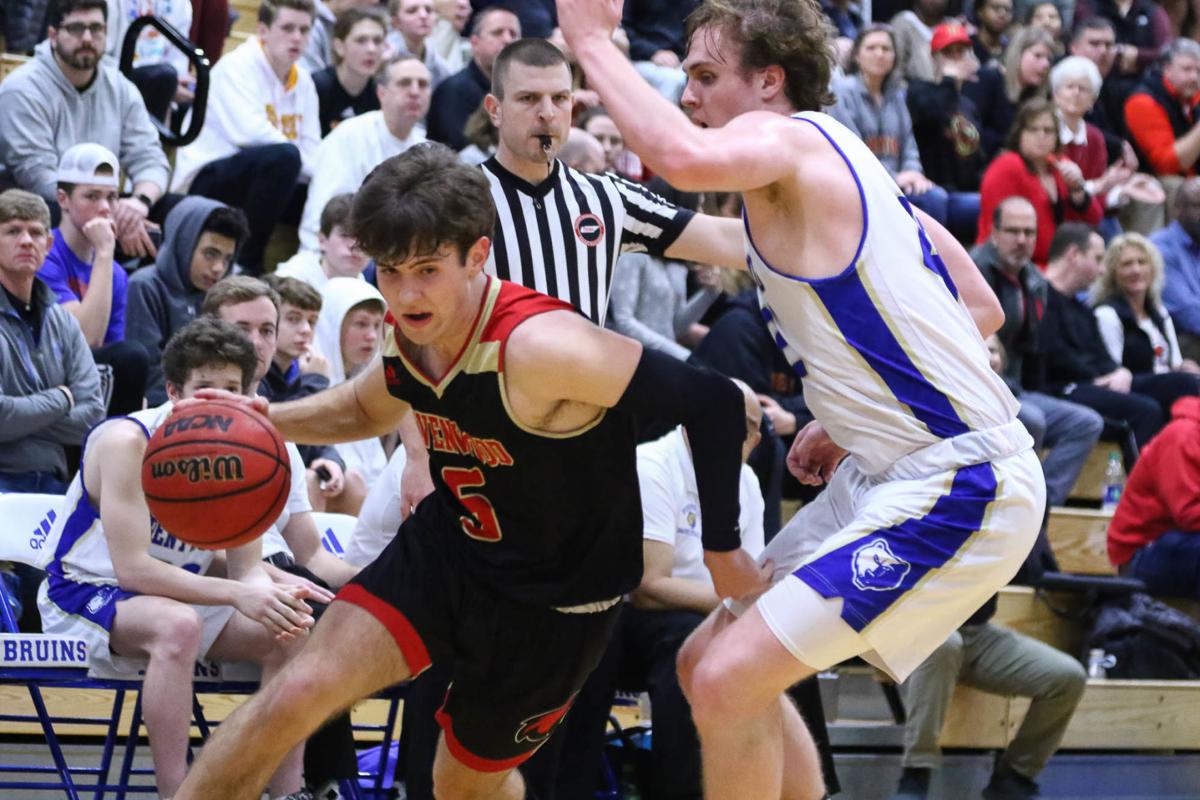 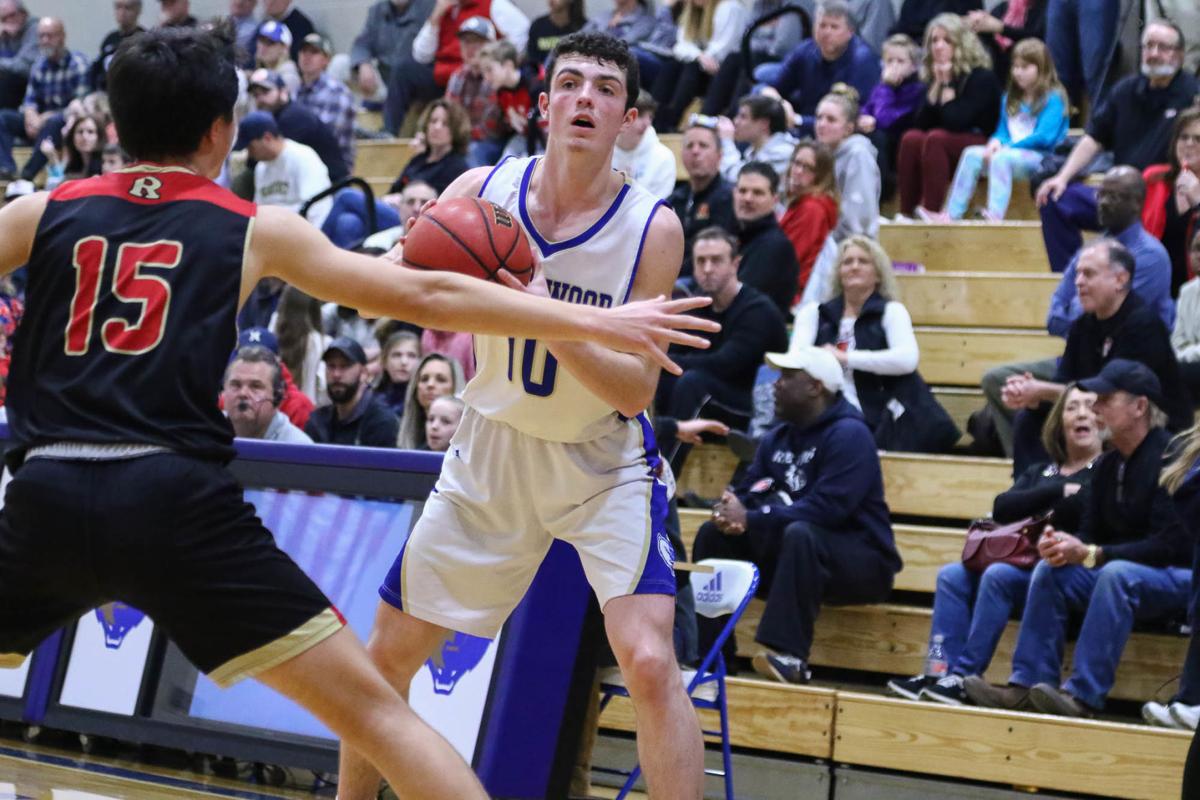 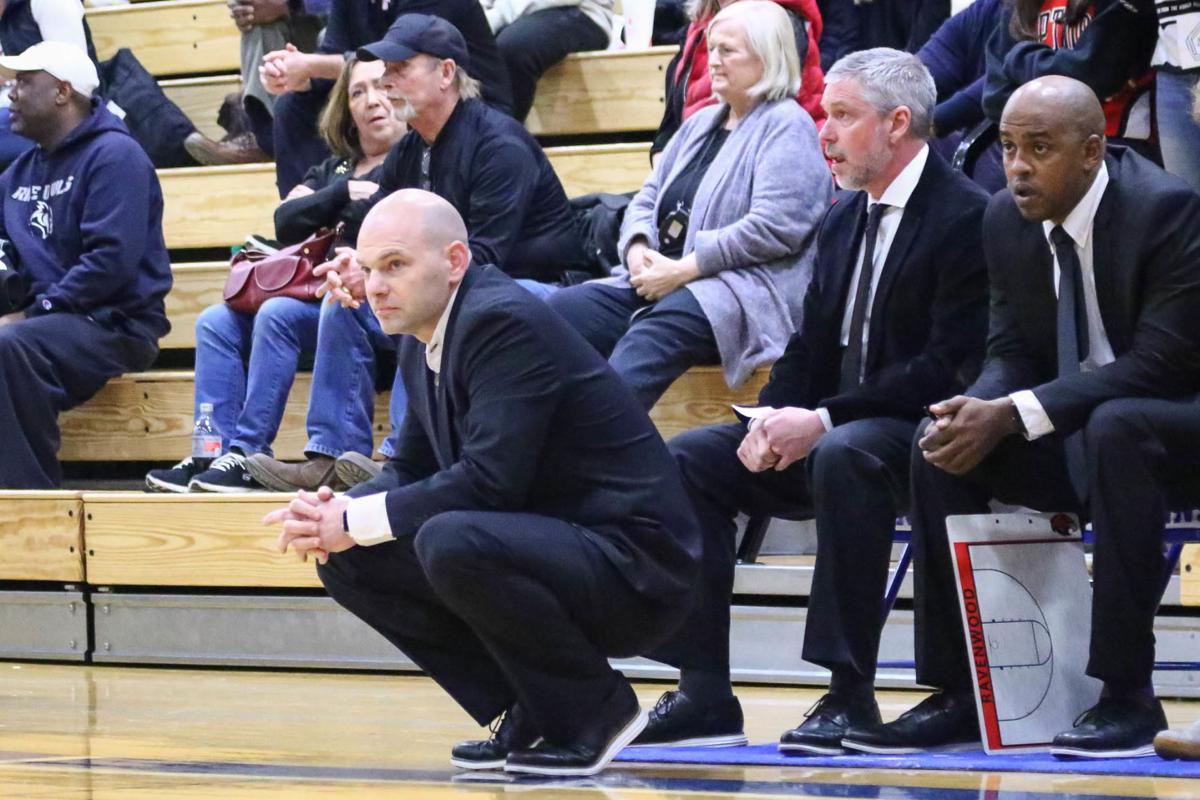 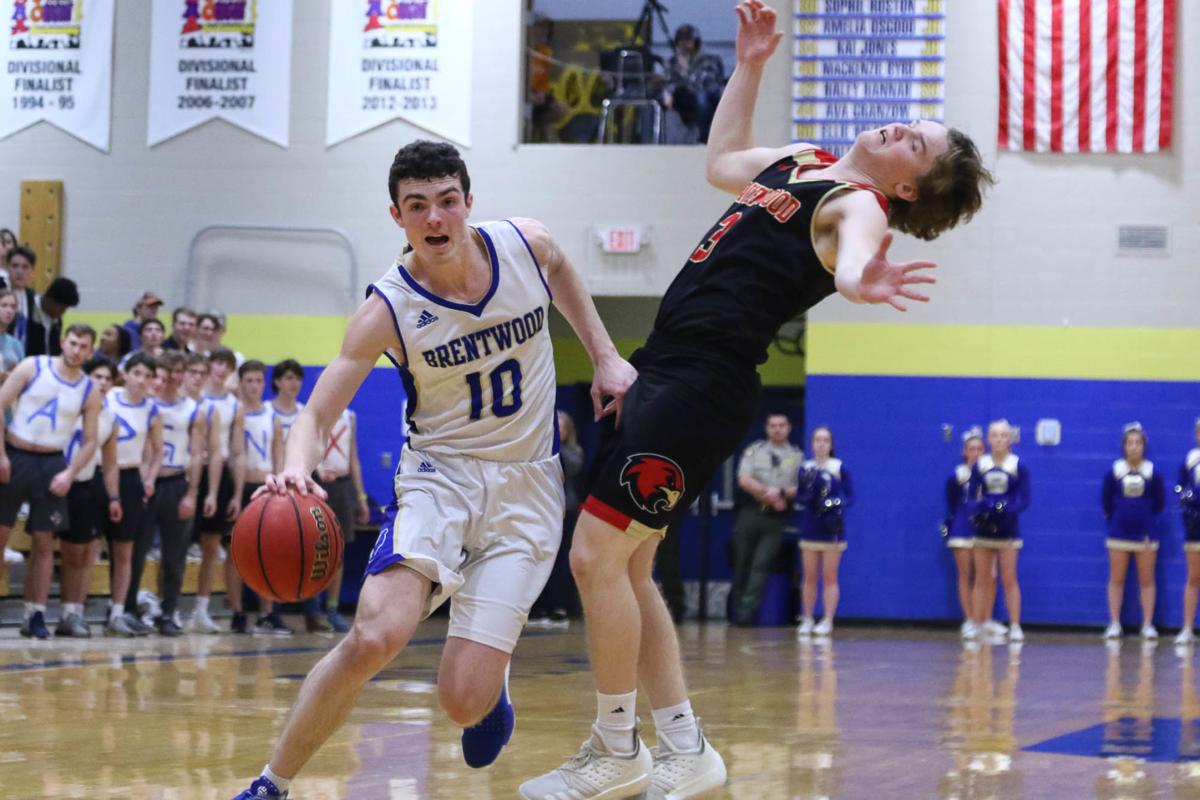 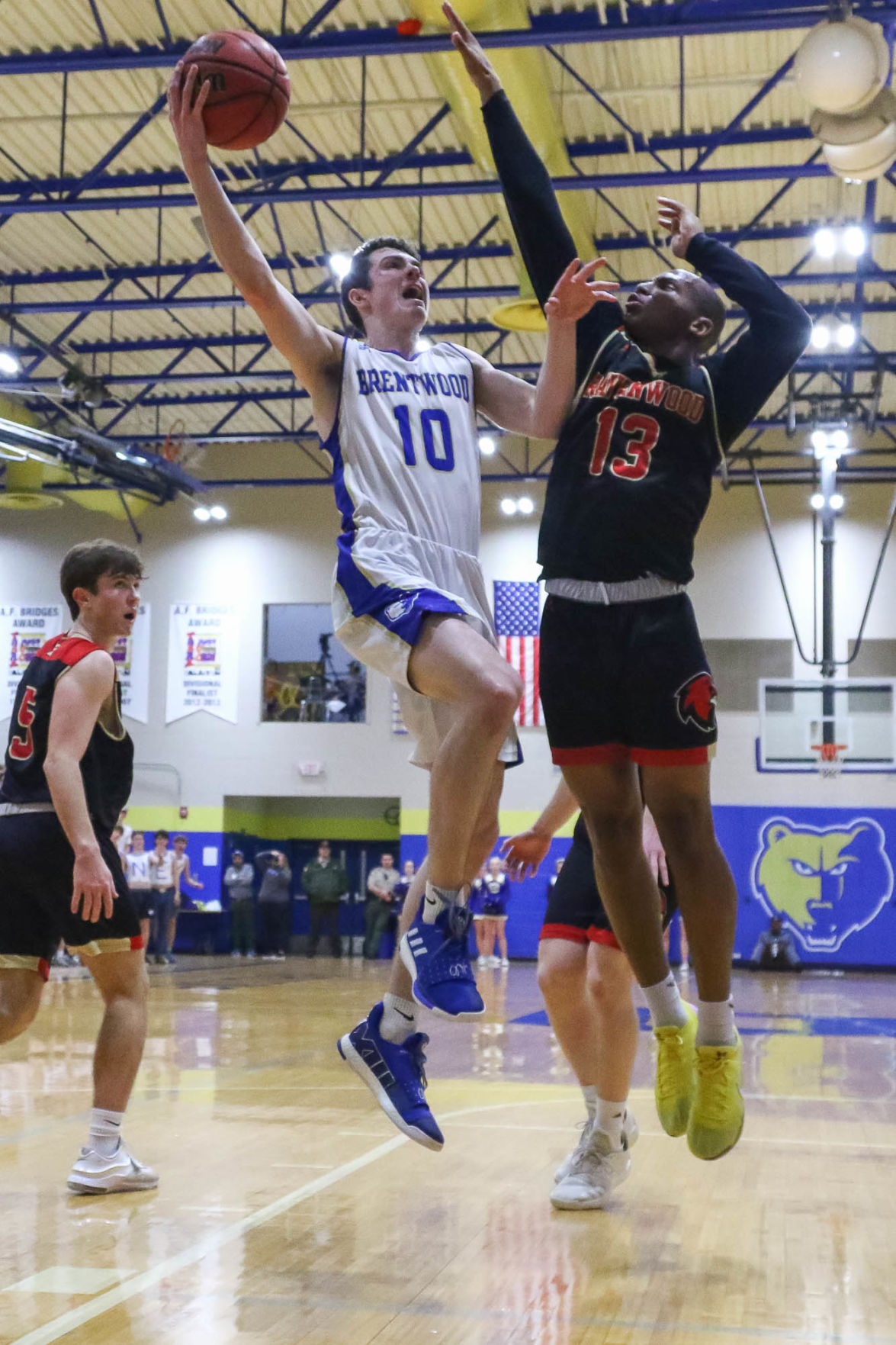 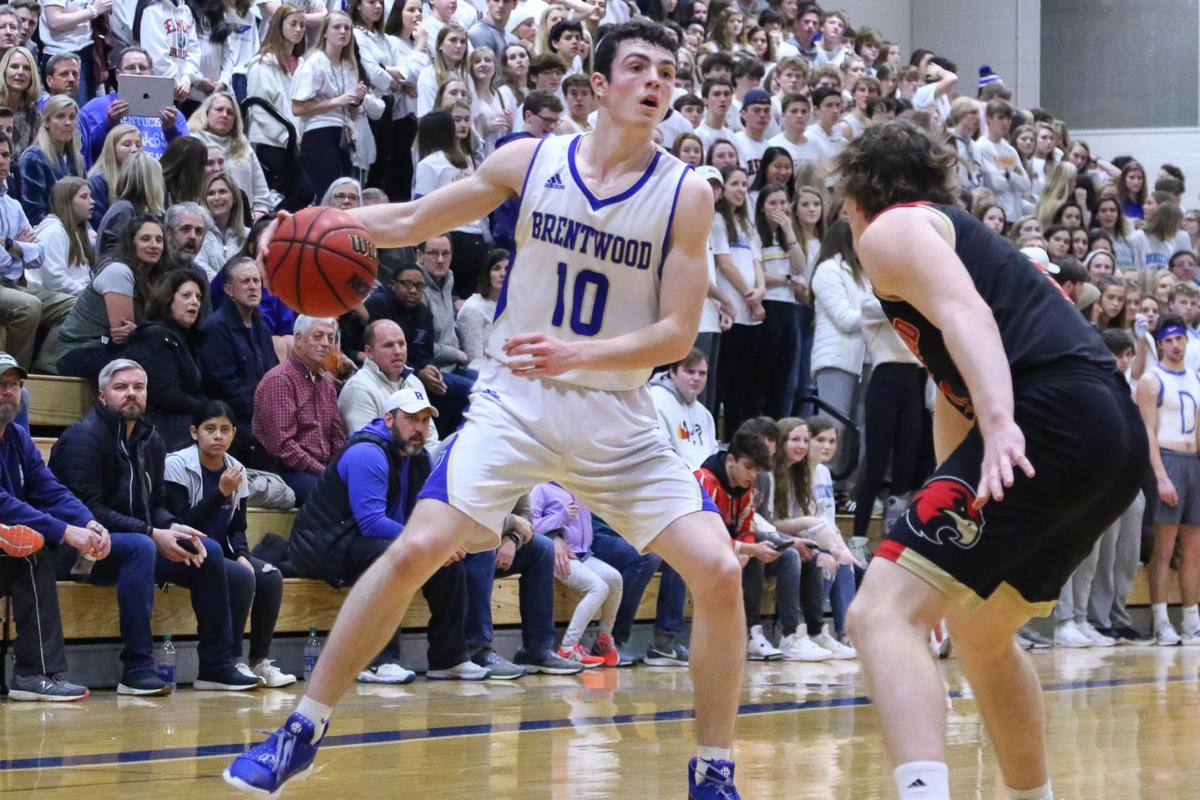 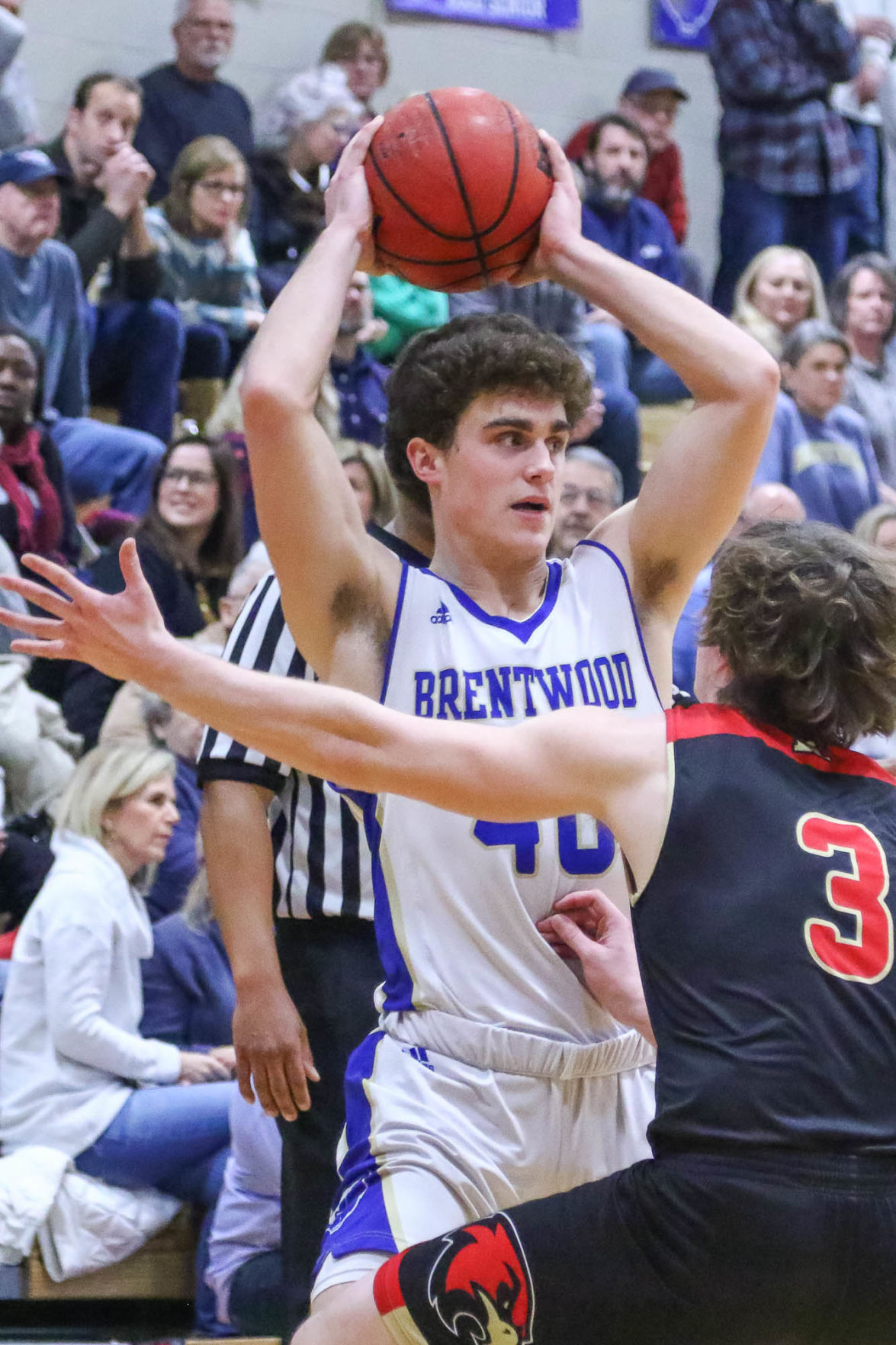 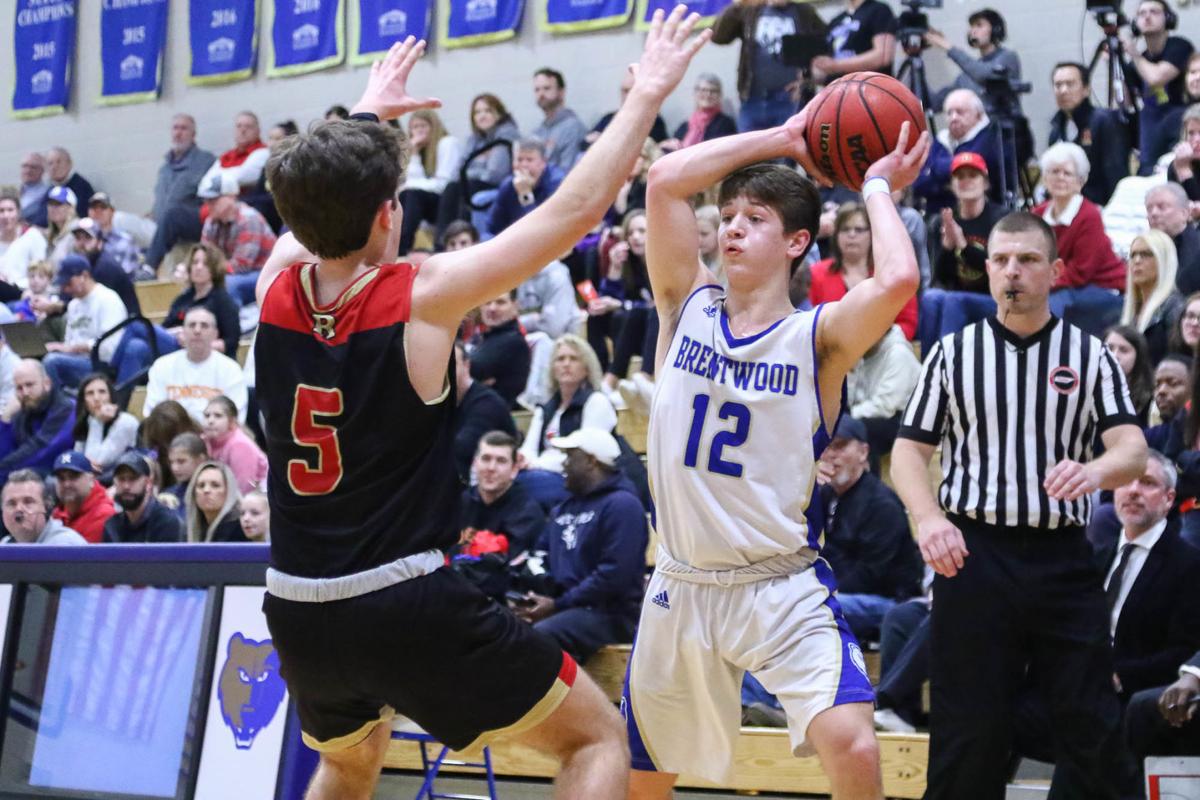 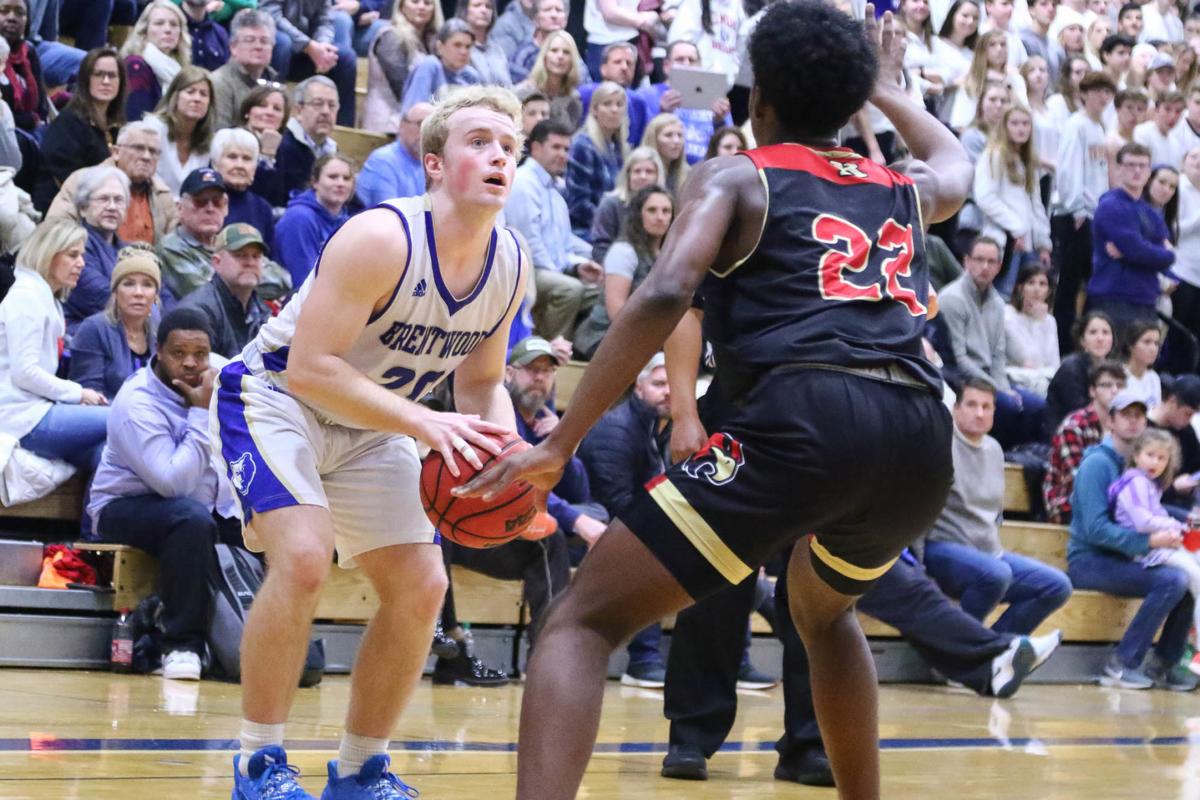 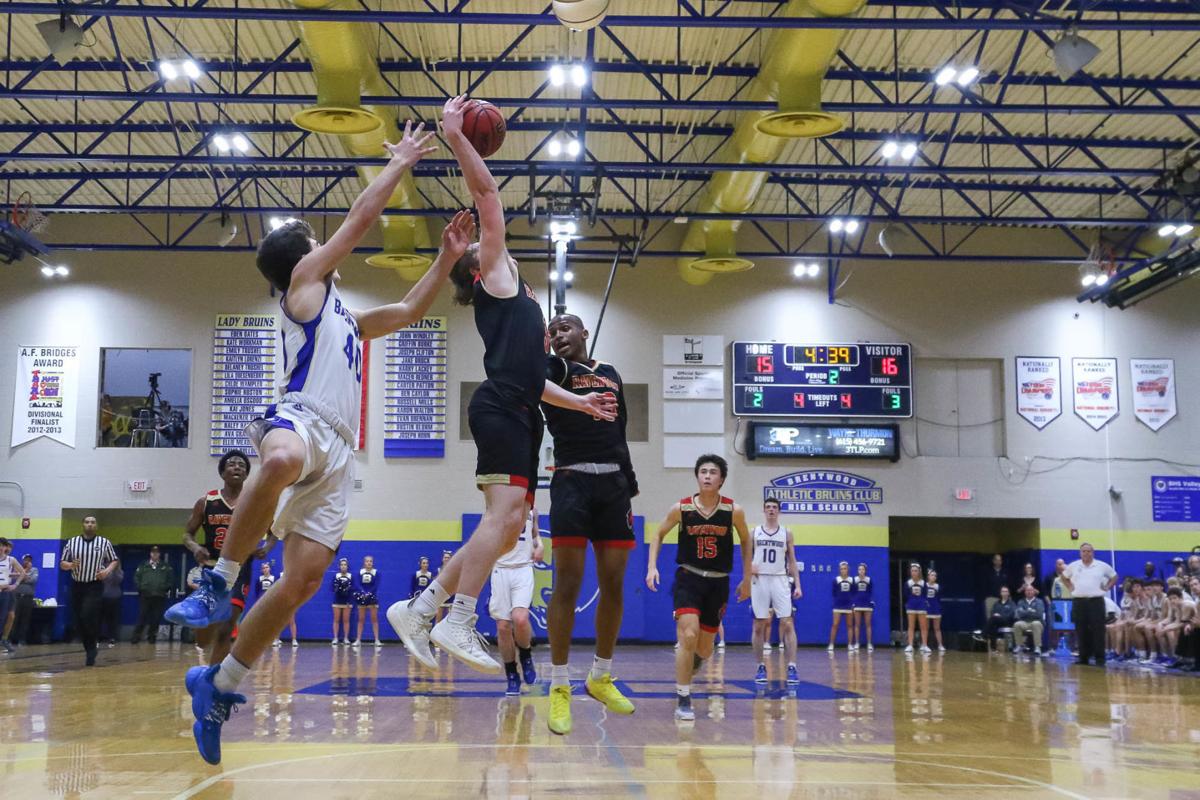 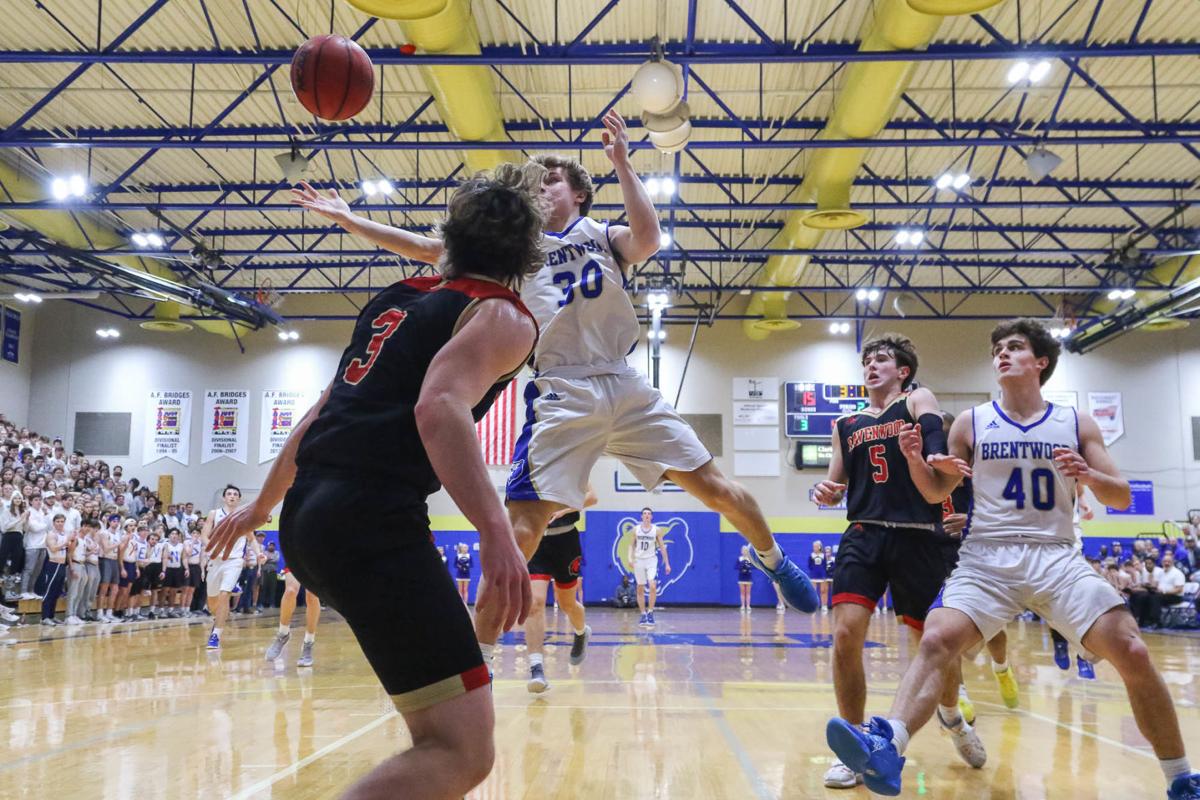 Ravenwood’s Nick Dang scored a game-high 20 points, including a critical layup with 1:15 to play in the fourth quarter that enabled the Raptors to build a five-point cushion, and they held on from there by going 8-of-8 from the foul line in the final 47 seconds.

Rex Gainer made five 3-pointers and finished with 17 points for the Raptors (9-14, 6-8), who had lost six consecutive games against Brentwood — a streak that had created some chatter on social media in recent days.

“It’s been a long time coming,” said Gainer. “We know that they have had the count on Twitter on how many days it’s been since Ravenwood beat Brentwood. And that kind of stuck with us. It was our motivation coming into the game, and I think it showed on the court.”

Jake Brock finished with 15 points, on five 3-pointers, to lead Brentwood (17-6, 11-2), which has now lost two of its past three games after a 10-0 start in district play. John Windley and Macen Redner had eight points each.

Like so many of the previous games in the “Battle of the Woods” rivalry, Friday’s contest featured low scoring and high drama. The game — which was tied 13-13 at the end of the first quarter and 21-21 at the half — ultimately boiled to series of key defensive stops by Ravenwood in the final minute of the fourth quarter, as the Raptors protected a narrow lead down the stretch.

“We were able to play with some toughness tonight, and we were able to pull it out,” said Ravenwood coach Patrick Whitlock. “If you didn’t know anything about the schools, you might think ‘man, that was not an aesthetically-pleasing game of basketball.’ But that’s just kind of the way it is. They do a really good job, defensively, of keeping guys in front and really making you earn everything you get. That’s been a staple of their team for as long as Coach Shirley has been here.”

Brentwood knocked down 10 3-pointers in the game, but finished just 1-of-2 at the foul line.

Ravenwood, which got off to a slow start in the district play, has now reeled off four wins in its past five games. Friday’s win, of course, carried a little more weight emotionally for the Raptors than any of the others.

“This one is a little extra special, definitely,” said Gainer.

Ravenwood put together the night’s first significant scoring run in the third quarter — a 10-0 spurt that enabled the Raptors to grab a 31-24 lead with 4:25 to play in the quarter. Dang scored seven points during the surge, including a 3-point play to cap the run.

Brentwood narrowed the gap to 38-37 early in the fourth quarter on a 3-pointer by Windley, but Dang answered with a driving layup at the other end to keep Ravenwood in front. The teams then went scoreless for more than two minutes before Connor English converted a pair of free throws for Ravenwood to extend the Raptors’ lead to 42-37 with 2:56 to go.

After Brentwood trimmed the gap to 42-39 on a bucket by Evan Drennan with 2:41 to play, the Raptors delivered what was perhaps the game’s biggest play. Showing plenty of patience, Ravenwood ran roughly 30 seconds off the clock before Dang eventually got loose for a layup to push the lead to 44-39 with 1:15 left.

Ravenwood did the rest of its work at the foul line. The victory enabled Ravenwood to avenge a 60-53 overtime loss to Brentwood on Jan. 10.

Brentwood head coach Greg Shirley said he was disappointed with the Bruins’ defense on a couple of pivotal possessions.

“We take a lot of pride in our defense,” he said. “But we had some breakdowns on things that we’d been working really hard on — so that part is disappointing. There were certain things, execution-wise, that we have to do better; things that we have done better (in previous games). … But credit Ravenwood for coming here and getting a big win.”

Whitlock said the victory was enjoyable, but said his players will have to move on quickly as they prepare to face Page on Tuesday.

“It was a good win,” he said, “but if this win defines us, then we are not really where we need to be.”