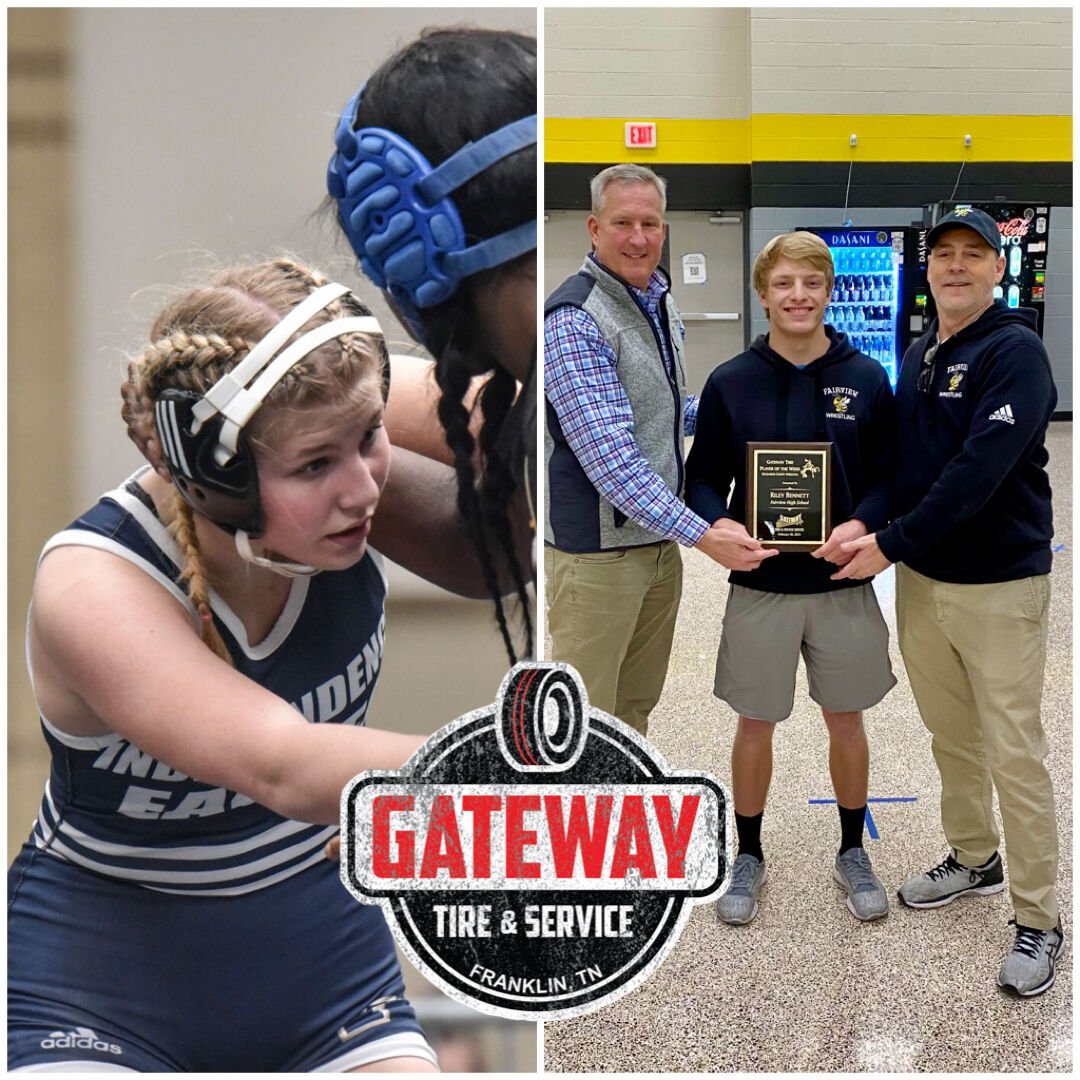 Baylee Peterson of Independence and Riley Bennett of Fairview were named the latest Gateway Tire Athletes of the Week after finalist appearances last week during the state wrestling championships. 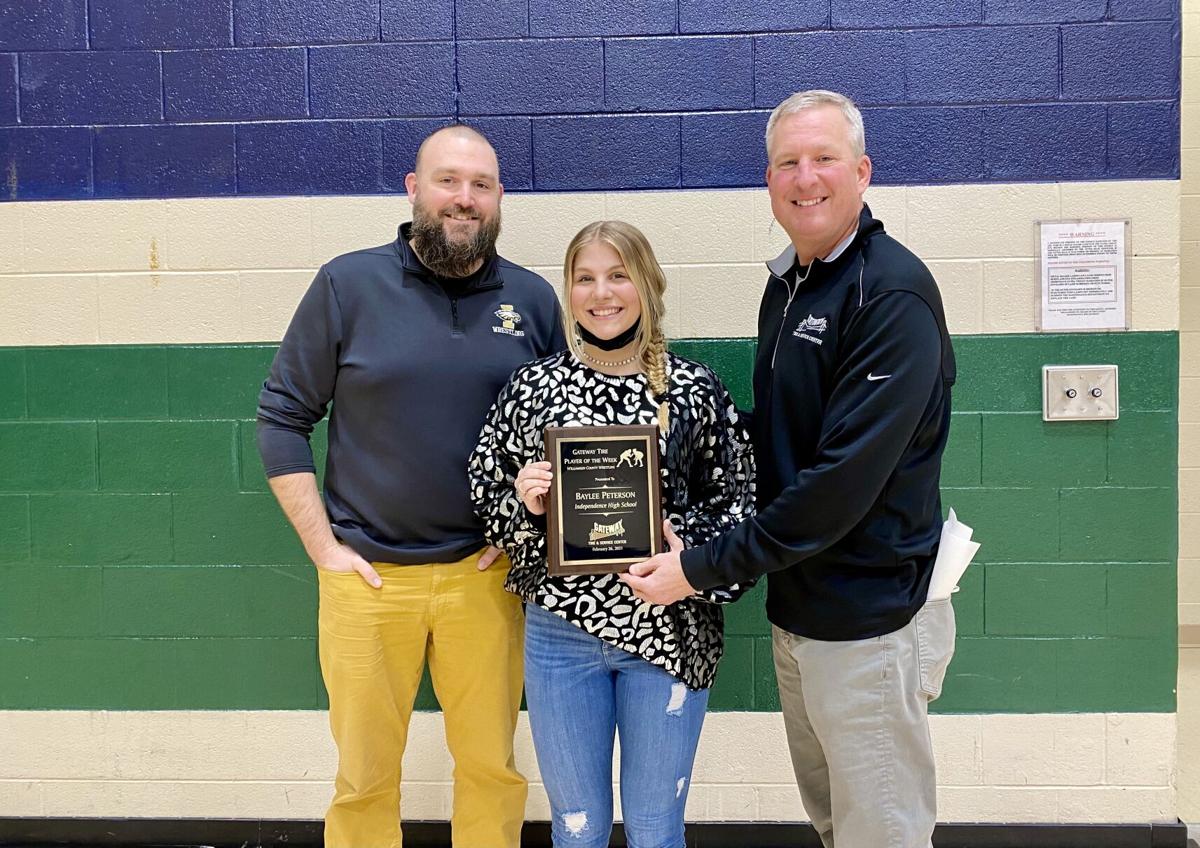 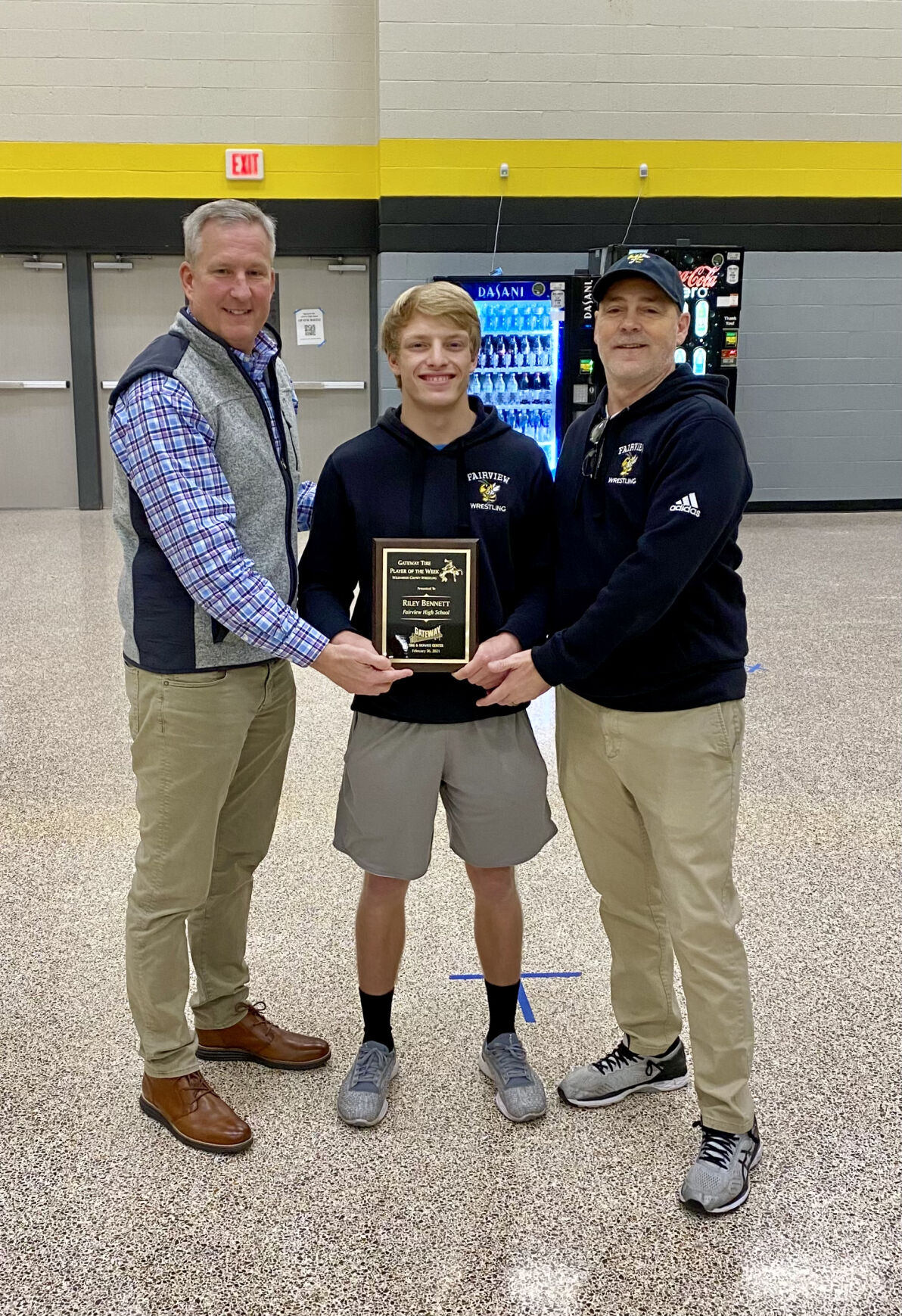 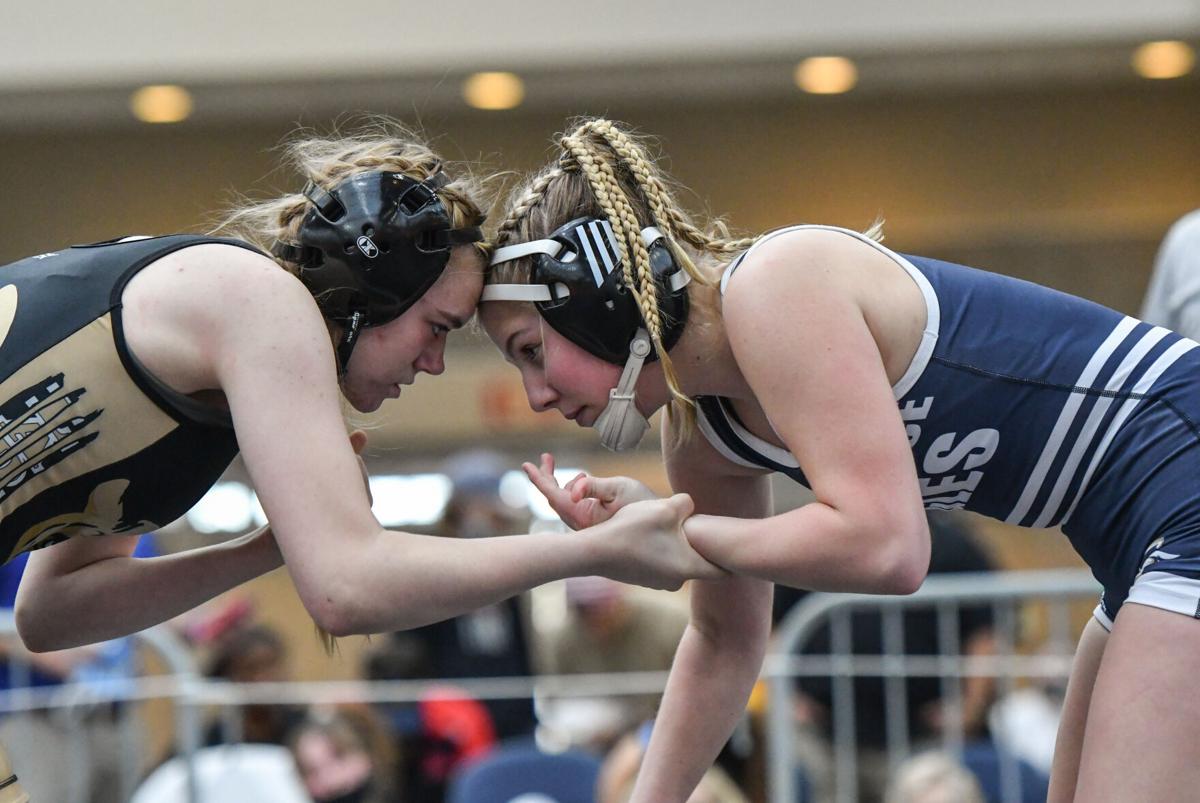 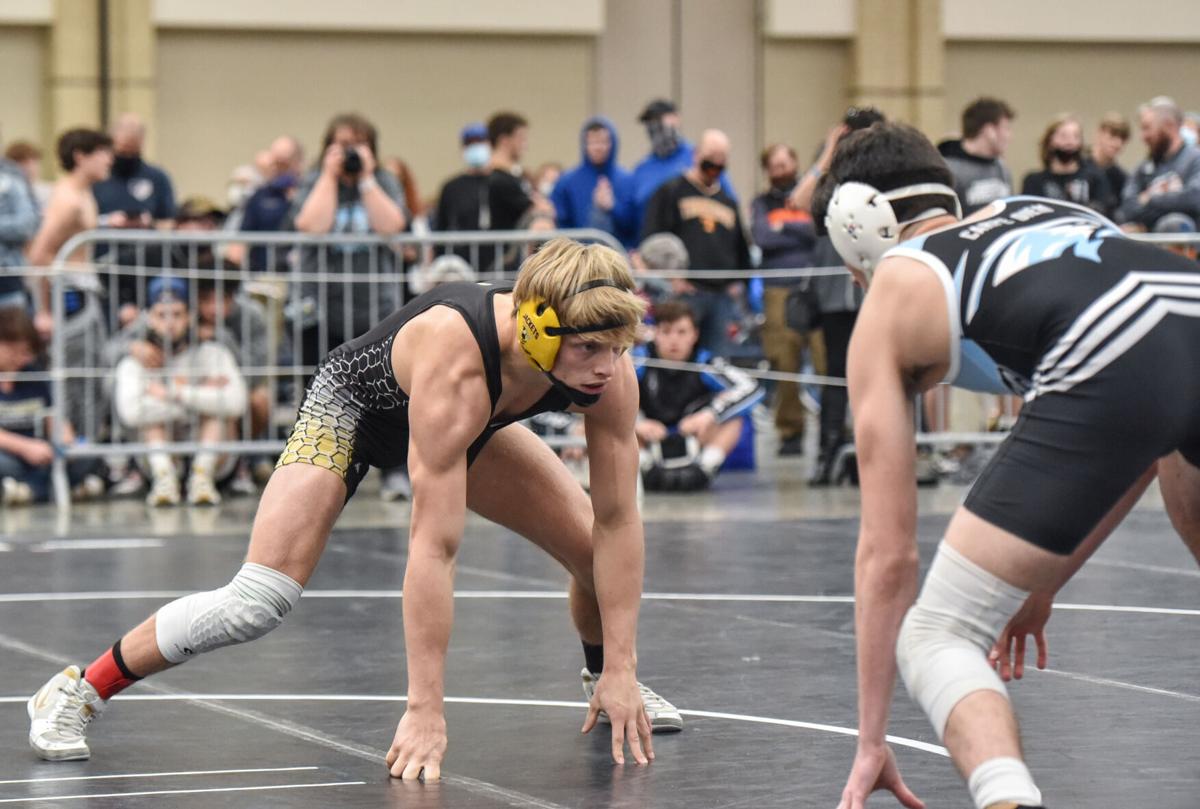 Baylee Peterson of Independence and Riley Bennett of Fairview were named the latest Gateway Tire Athletes of the Week after finalist appearances last week during the state wrestling championships.

A pair of Williamson County wrestling standouts have been named the latest Gateway Tire Athletes of the Week.

Independence High School sophomore Baylee Peterson, who was runner-up in the 125-pound girls state finals, and Fairview senior Riley Bennett, the lone county champion from the three days of state wrestling championships in Chattanooga last week, were both recognized.

Peterson was tied with Riverdale senior Monteria Bigsby late in a rematch of the region championship but had her single leg shot denied in the final seconds to fall by a 3-1 decision in the championship match to settle for runner-up in her first meet appearance. She fell 12-7 in the region final several weeks ago.

“She was heavy on my head and I just needed to go for a leg and I admit I was kind of nervous to shoot,” Peterson said. “When you do, sometimes it doesn’t go your way, but since time was running out, I wanted to try. It was close.”

Peterson won her opening match with a late pin in the first period over Stone Memorial High senior Aeliyha Threed. She scored a 7-3 decision win in the semifinals against Clarksville Northwest’s Katelynn Hernandez.

After three consecutive runner-up finishes, Bennett wrapped up his high school wrestling career atop the podium. The 145-pounder secured the championship late in the third period when Pigeon Forge called the match with junior returning medalist Josh Parton trailing in points.

“Oh, man, it feels good,” Bennett said after winning. “I got the job done and it just feels amazing.”

Bennett worked through a tough bracket to reach the final. He defeated three returning medalists in his four matches at state. After pinning Sean Allen of Nolensville in the first round, Bennett scored a 6-3 decision over three-time medalist John Pittman of Gibbs. He won his semifinal over Eagleville’s Brody McLemore with a 10-4 decision.

State Wrestling: 'For the love of the sport,' handful of locals medal in DII/Girls championships

CHATTANOOGA – Jack Revere was still catching his breath, lingering in the glory of state cha…

“Year in and year out, Riley displays character and humility and really represents this sport, his family and this community in a way that parents want their kids to wrestle because they see a kid like that,” Derrick said. “What a great, great day for Riley and a big day for the Bennett family. I’m extremely happy for them.”

Bennett’s younger brother Malachi also reached the finals and was one of three Yellow Jackets to post a second-place finish.