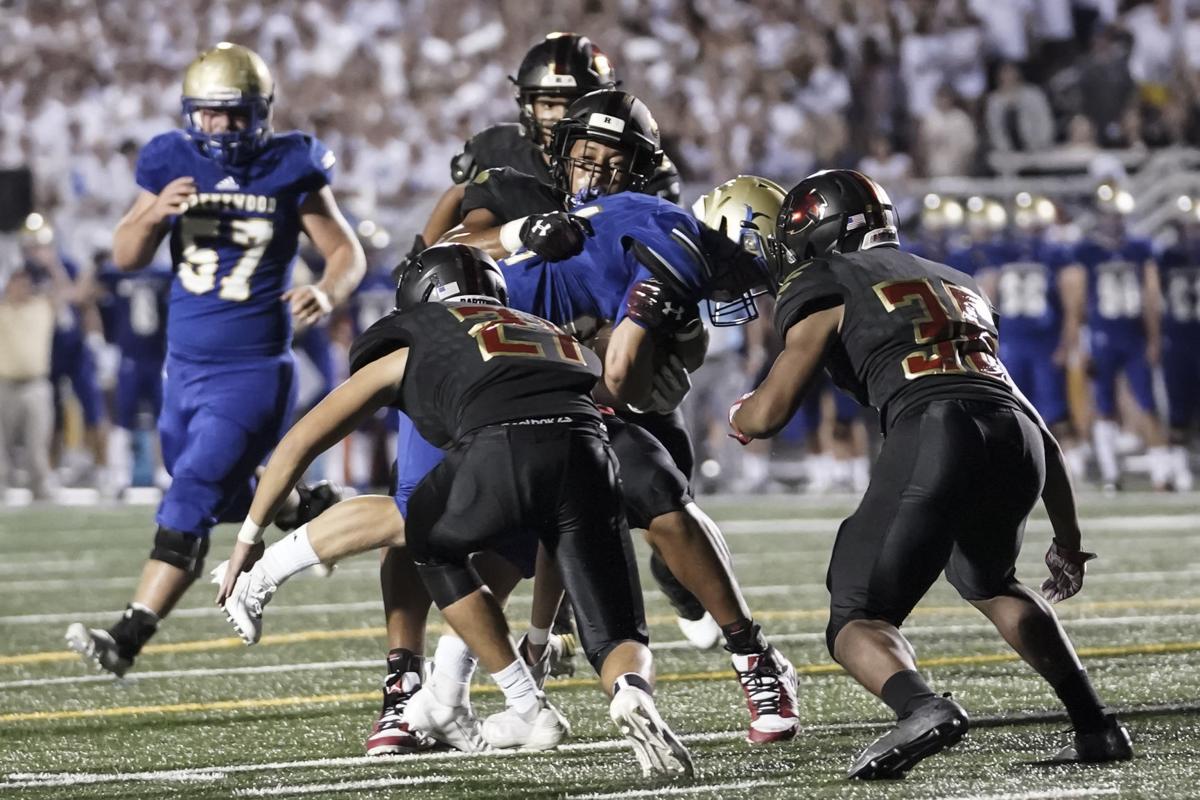 Brentwood hosts Ravenwood in a Class 6A Quarterfinal rematch on Friday. 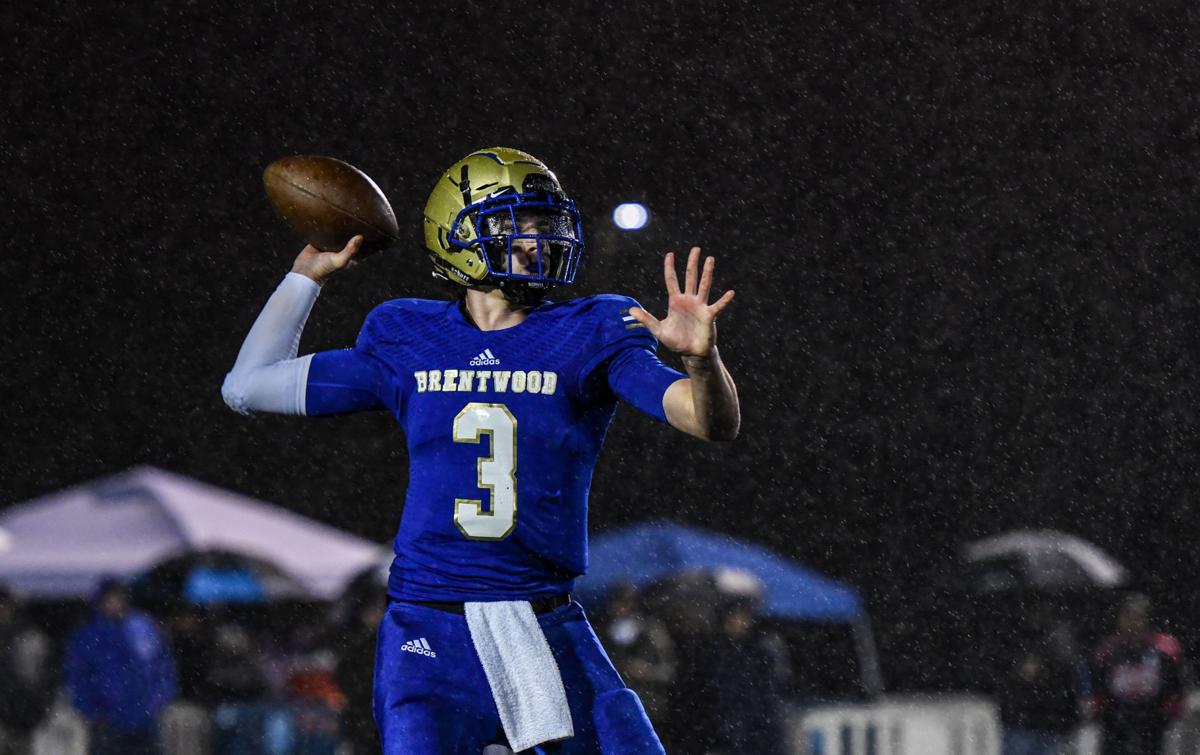 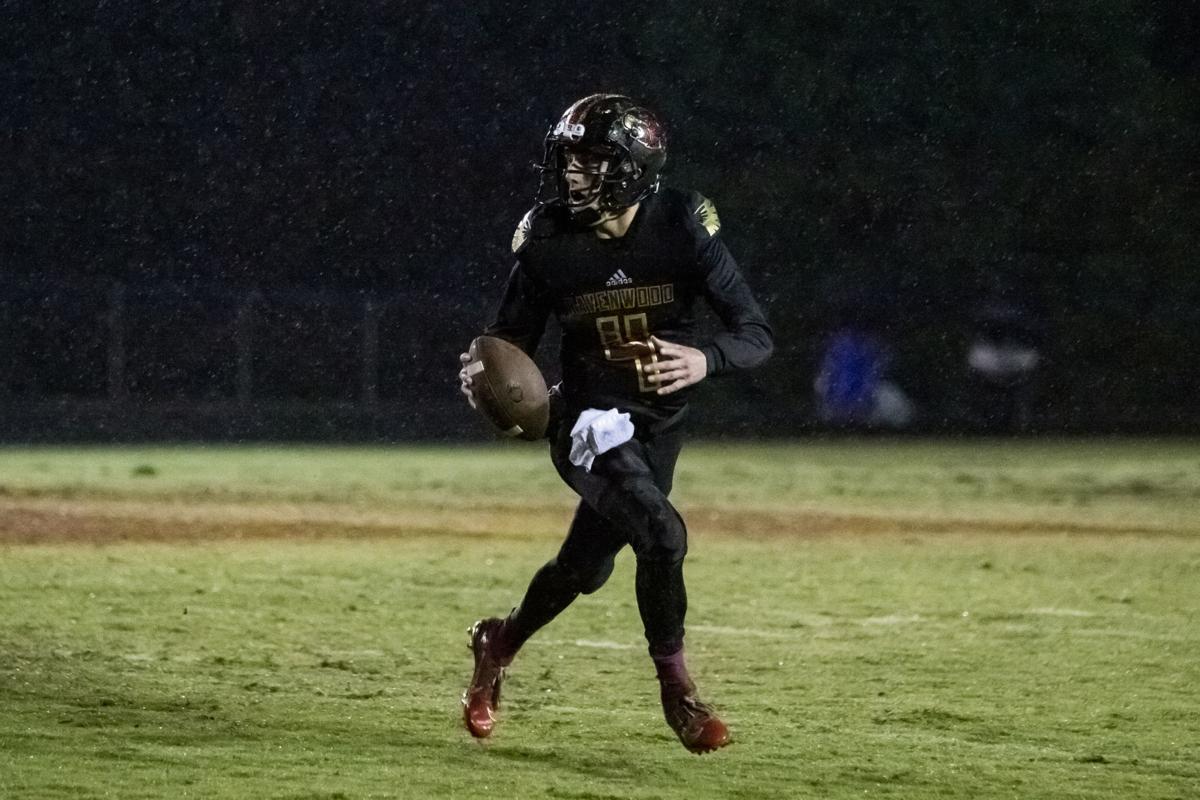 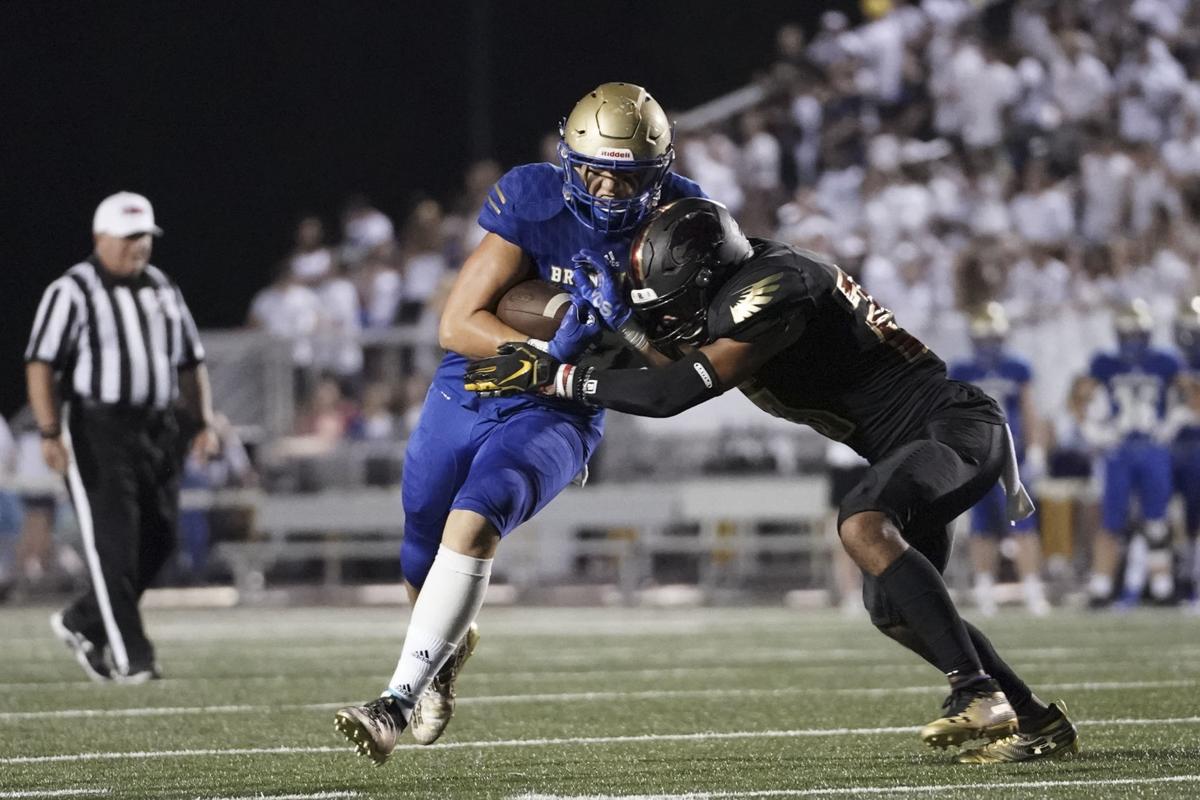 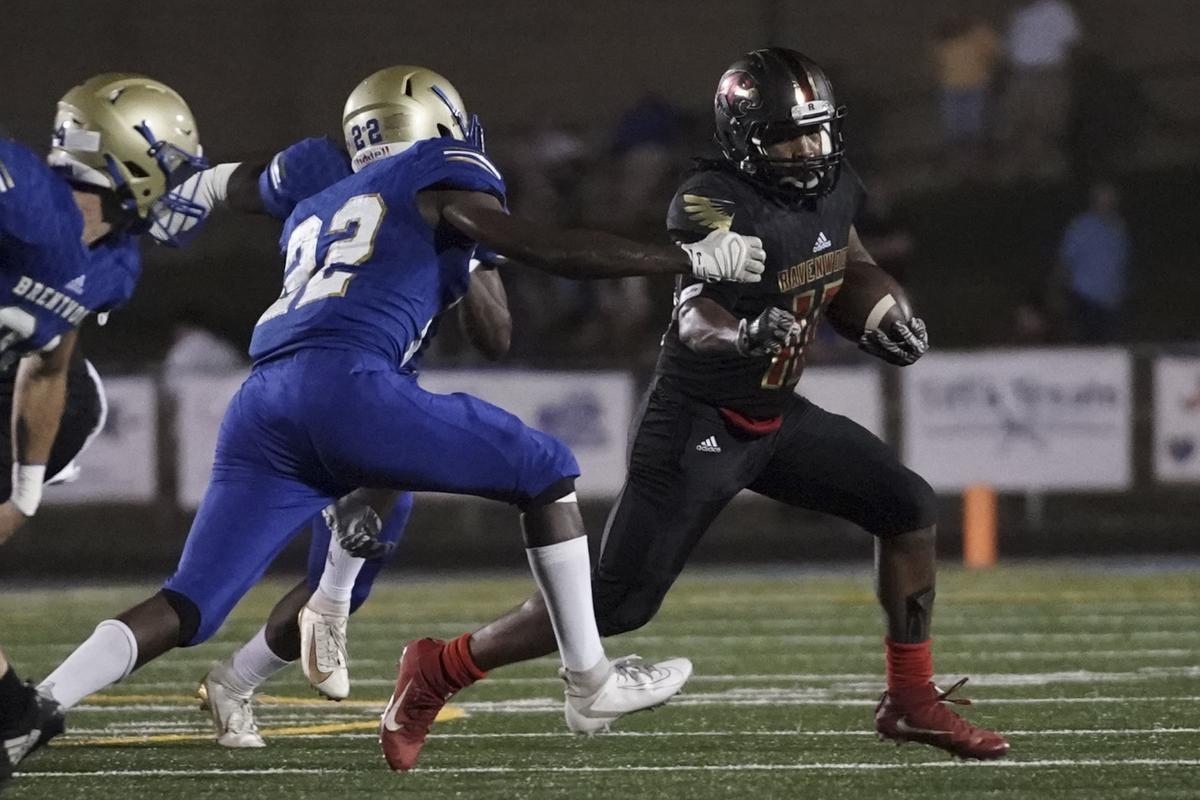 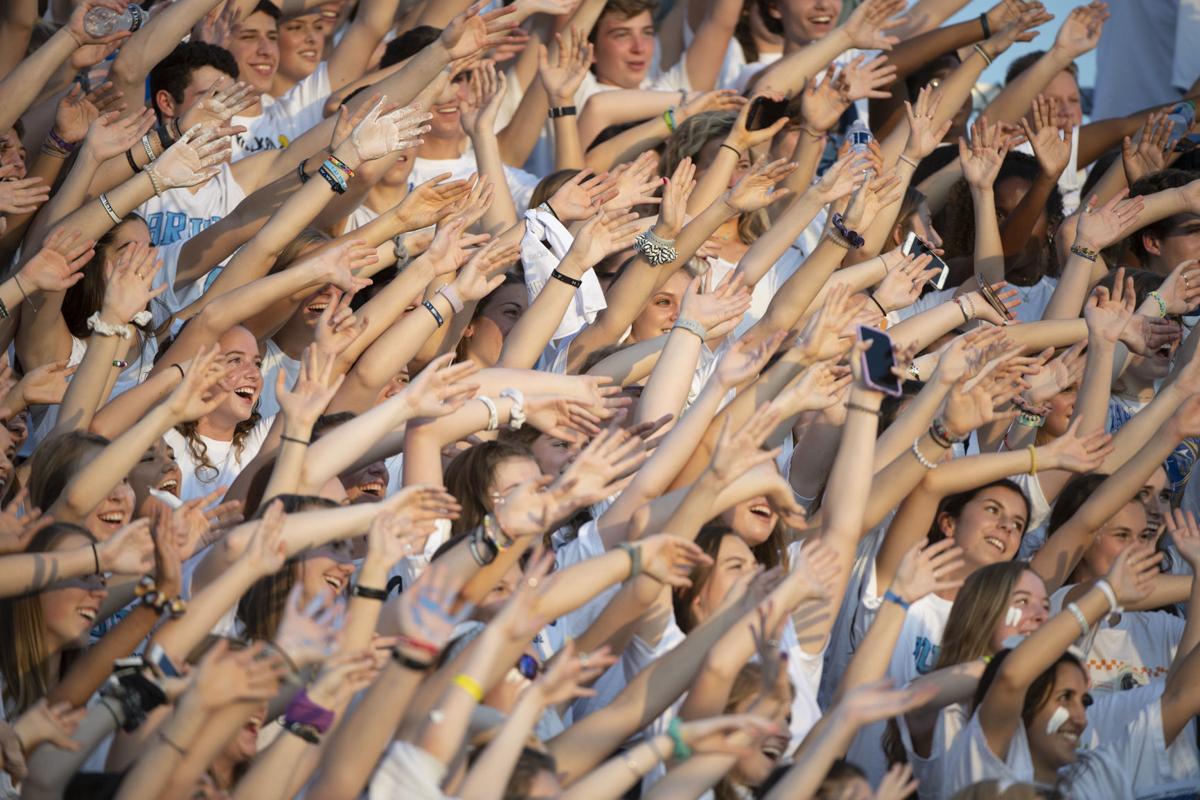 Brentwood hosts Ravenwood in a Class 6A Quarterfinal rematch on Friday.

For the second consecutive year, Brentwood and Ravenwood will meet on the football field in the postseason.

The Bruins, who boast a 10-2 record, will host the Raptors (11-1) Friday in the TSSAA Class 6A playoffs. Ravenwood’s only loss this year came in Week 4 – a 25-14 setback at James C. Parker Stadium. However, the Raptors advanced to the state semifinals with a 47-24 win on the same field in this quarterfinal matchup last season.

Brentwood, which has won six of the last 10 meetings in the Battle of the Woods, similarly handed the Raptors an early regular season loss in 2018. The Bruins went on to beat McGavock in the first round of the playoffs and Independence in the second – just like this season – and Ravenwood is coming off a win at Cane Ridge in the second round for the second consecutive year.

Daniels said both teams essentially had this meeting circled as a “foregone conclusion” based on their play the last two seasons.

“It’s obviously a very similar situation to last year,” he said. “I think we both expected this based on how the brackets have been set up and how have been playing. … There’s no shock factor in us facing off again.”

The Battle of the Woods meeting comes on the heels of the two girls soccer programs tangling for the Class AAA championship earlier this month with the Lady Raptors winning their first title. And before that, both the Brentwood and Ravenwood volleyball teams found success and battled multiple times with the Lady Bruins eventually capturing another championship.

“Now to add this to the same season, I think it’s so cool for Williamson County as well as both programs and schools,” Daniels said.

Brentwood football coach Ron Crawford said the meetings have been “topsy-turvy” ever since he was re-hired in 2015 as the Bruins headman.

“There’s been some big win margins in these last few meetings,” he said. “One team has kind of entered and had the upper hand except the last two meetings in the regular season.

“I think Friday’s going to be an interesting one and could be another close one.”

Crawford’s Bruins used four Thomas Day field goals and scored the final two touchdowns to notch that 25-14 win in September. Ravenwood led 14-9 early in the third quarter, but Bruins quarterback Cade Granzow ended the frame with a 20-yard strike to Austin Spradlin and then scored on a 4-yard plunge early in the fourth.

“We aren’t always the prettiest when it comes to wins and we don’t have the flashiest look, but I know we were region champs,” Crawford said. “And I know we are 10-2. And I know we get to host, so I don’t know what else I could ask for leading up to this.”

Granzow set season-highs in completions and passing yards when he went 24-of-36 for 272 yards and a TD in the regular season win over the Raptors. The junior has thrown for 1,863 yards with 16 touchdowns this season. He’s also rushed for a team-high 533 yards and 14 TDs.

Football: Brentwood upends Raptors in 'Battle of the Woods'

After suffering their first setback in Week 4, the Brentwood football team found redemption …

Crawford said he hopes his team can play mistake free Friday. He called the front seven of Ravenwood the best he’s faced in his 35 years of coaching. His defense will do all it can to slow crafty Raptor QB Brian Garcia, he said.

“Everything goes through Garcia,” Crawford said. “He makes them go and he’s surrounded by great players around him so he has the tools to make bad plays good plays.”

Garcia managed a season-low 120 passing yards at Brentwood in Week 4. He’s thrown for more than 2,300 yards with 30 touchdowns and just four interceptions in his senior season. In last week’s 35-0 shutout of Cane Ridge, Garcia eclipsed the 7,000-yard mark for passing in his career and in 37 starts under center, he has 91 total TDs.

Senior Andrew Mason has been a favorite target with 37 catches for 971 yards and 15 touchdowns, while senior Tony Rice leads the Ravenwood ground game (126 carries for 948 yards and nine TDs).

“There’s really no changing anything at this point in terms of facing them again,” Crawford said. “We’ll each try some tweaks here and there, but I think it will just come down to who can gather themselves best and not let this moment be too big.

“We have both made significant runs the last few years and it doesn’t take anything to hype this one up. It’s going to be fun out there, that’s for sure.”

At times, Brentwood quarterback Cade Granzow sounded like a seal on the sidelines, with a ba…

Daniels said he hopes his defense can continue the play they have established over their last six games, including back-to-back 35-0 shutout wins. The Raptors have allowed just 36 points since playing Brentwood.

“We’ve just been having fun it seems,” he said. “For us, it’s all been about stepping it up a notch. From the student trainer, to the backup QB, to the coaches and even parents, we have been asking everyone to step it up in the playoffs.

“We’re excited and ready for another battle in front of a phenomenal atmosphere.”