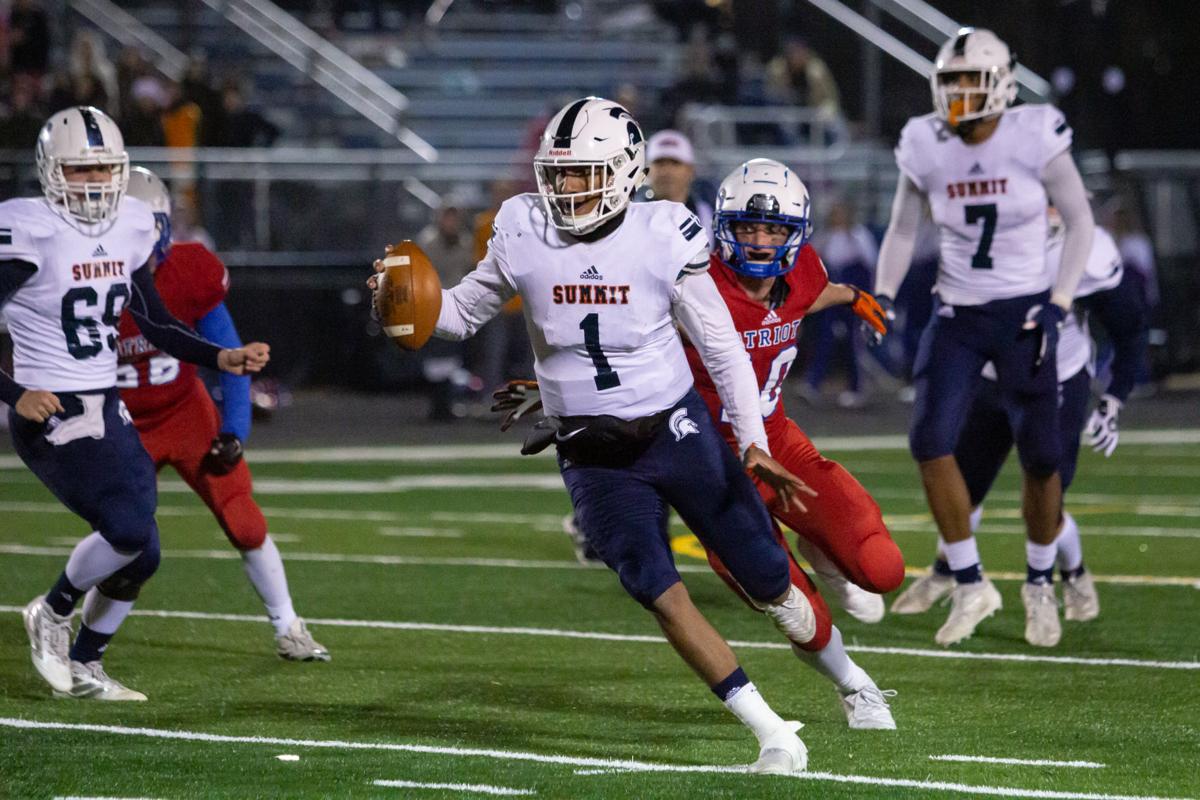 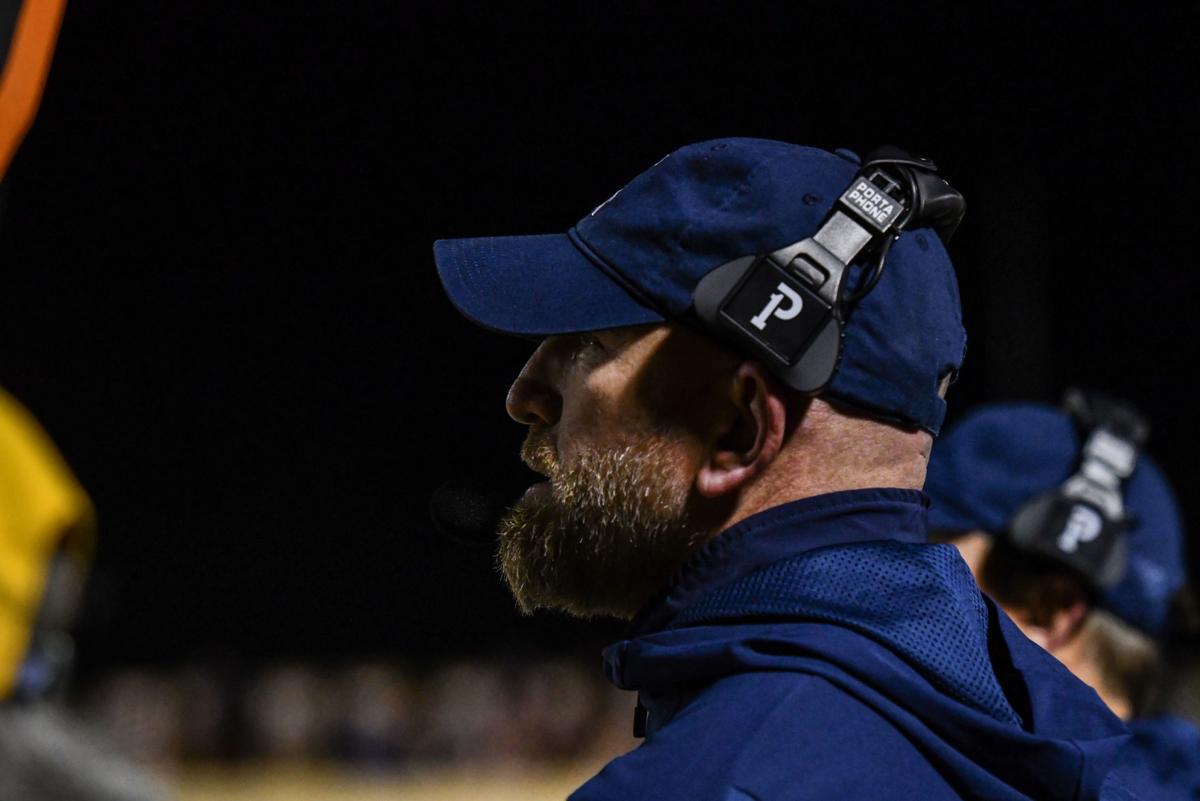 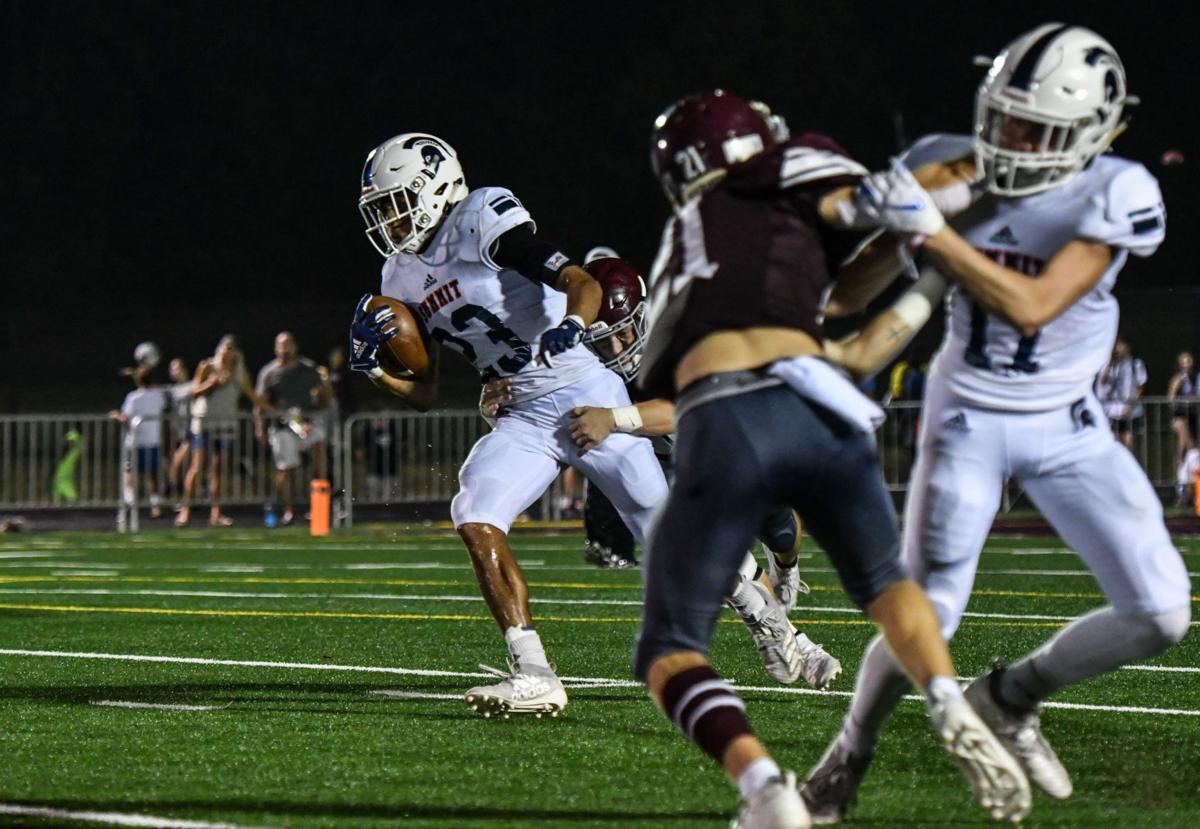 The Summit football team avenged one of their two losses this season last week by dominating Region 5-5A rival Page. The Spartans can find redemption again against another region foe in Shelbyville Central Friday in the Class 5A quarterfinals.

The Golden Eagles blew open a tight contest and scored on three fumble recoveries to cruise past Summit 42-25 on Oct. 18. They host the Spartans again, but this time a spot in the state semifinals is on the line.

“Obviously a lot has happened since that last game, but it was 9-7 with three minutes to go in the half and they went ahead and scooped and scored three times against us,” Summit coach Brian Coleman said of the last trip to Shelbyville. “It snow-balled from there.”

Coleman’s 10-2 Spartans rebounded to win their regular season finale 35-0 at Lincoln County, but finishing third in the region for the second season in a row meant a tough road contest at Gallatin in the first round. Summit answered the call and handed the Green Wave just their second loss 27-14 behind 341 rushing yards and the return of quarterback Destin Wade.

Last week, the Spartans blasted Page 28-3, avenging a 24-14 regular season loss on Oct. 4. Friday will be their fifth contest in a row away from Spring Hill.

“These guys want to get revenge on these teams and that’s a lot of motivation for us,” Coleman said. “I mean, we are just excited and happy to have the opportunity to keep playing, but we are motivated.”

Wade’s return under center at full strength brings the Spartans offense into full motion. The talented 6-foot-4 sophomore is mobile and has shown accuracy as well in his second season taking snaps.

Wade has thrown for 1,085 yards despite missing time with an ankle sprain earlier this season. He’s tossed 14 touchdowns with just five interceptions and has rushed for 514 yards and seven TDs.

Destin Wade’s twin brother Keaten, this week’s Gateway Tire Male Athlete of the Week, leads the ground game with 876 yards rushing and 13 touchdowns. He’s gaining 7.1 yards per carry. Keaten Wade rushed 19 times for 165 yards and three touchdowns against Page and also added two sacks on the defensive side of the ball.

Coleman credited his offensive line for playing much more physical up front and opening lanes for the Wade brothers and others. He also said his defensive front has been setting a much more aggressive tone.

“They are just doing a great job for us right now,” he said. “I feel like they have gotten better each week and really, health has a lot to do with it. We are healthy and something has clicked with them up front because they are playing more physical and harder.”

Tre Hunter, Grayson Hill and Jakalean Cotton all have produced on the ground as well for the Spartans, while George Odimegwu (24 catches for 364 yards and 4 TDs) leads the receiving corps.

Winning the turnover battle will be key Friday, Coleman said, especially after his team coughed up the ball a season-high five times in the last meeting with the Golden Eagles. Summit turned it over three times at Gallatin, but bottled up the Green Wave rushing attack on a chilly night and nearly doubled the home team’s total yardage (391-197). The Spartans were turnover free at Page.

Coleman called Shelbyville Central's offense “opportunistic” and kind of a hybrid of the past two opponents. He said the Spartans were able to slow the Gallatin rushing attack to a crawl and limit Page’s potent passing game behind Mr. Football semifinalist Cade Walker last week. They will have to do a bit of both Friday.

Football: Wade brothers lead Summit past Gallatin in first round

The Summit football team found a productive way to deal with its road rage on Friday night.

Shelbyville's only loss came in Week 2 at Page, a wild 34-29 overtime setback.

Cunningham tossed two touchdown passes to senior Mason Wright in last week’s 20-17 win over Beech. Caleb Marsh, also a senior, provided a big presence on the ground rushing for 139 yards and a TD on 22 carries in that win. Cunningham added 65 yards rushing.

“Shelbyville is very good, but what it really comes down to is protecting the football,” Coleman said. “We have to protect the football Friday.”

Summit is making its second quarterfinal appearance in three years. The Spartans fell at home against Beech in 2017. Shelbyville Central is in the third round of the playoffs for the first time since 2014.

Kickoff at Shelbyville Central is scheduled for 7 p.m. Friday.