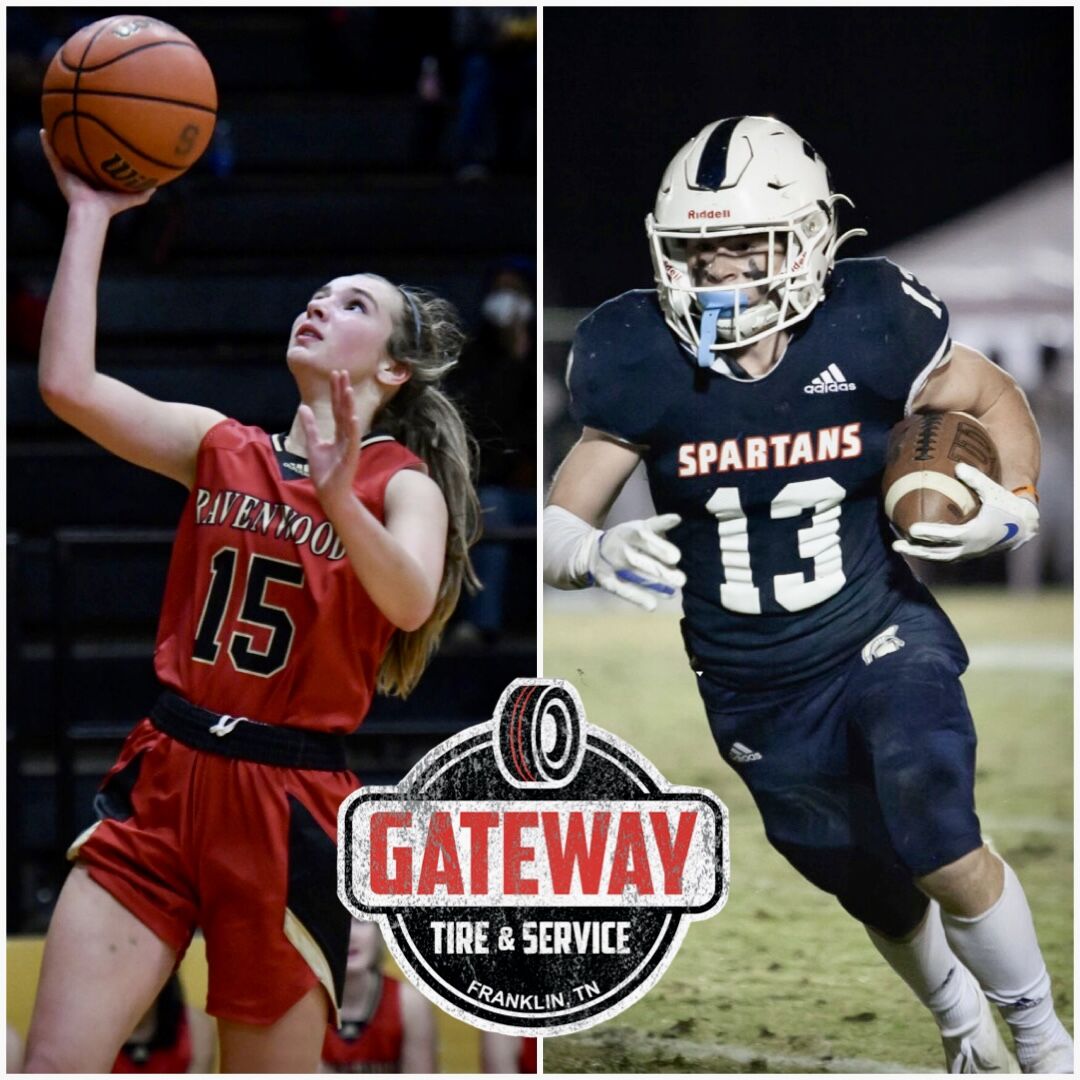 Ravenwood's Natalie Prestegaard and Summit's Brady Pierce were named the Gateway Tire Athletes of the Week for the week ending Nov. 21. 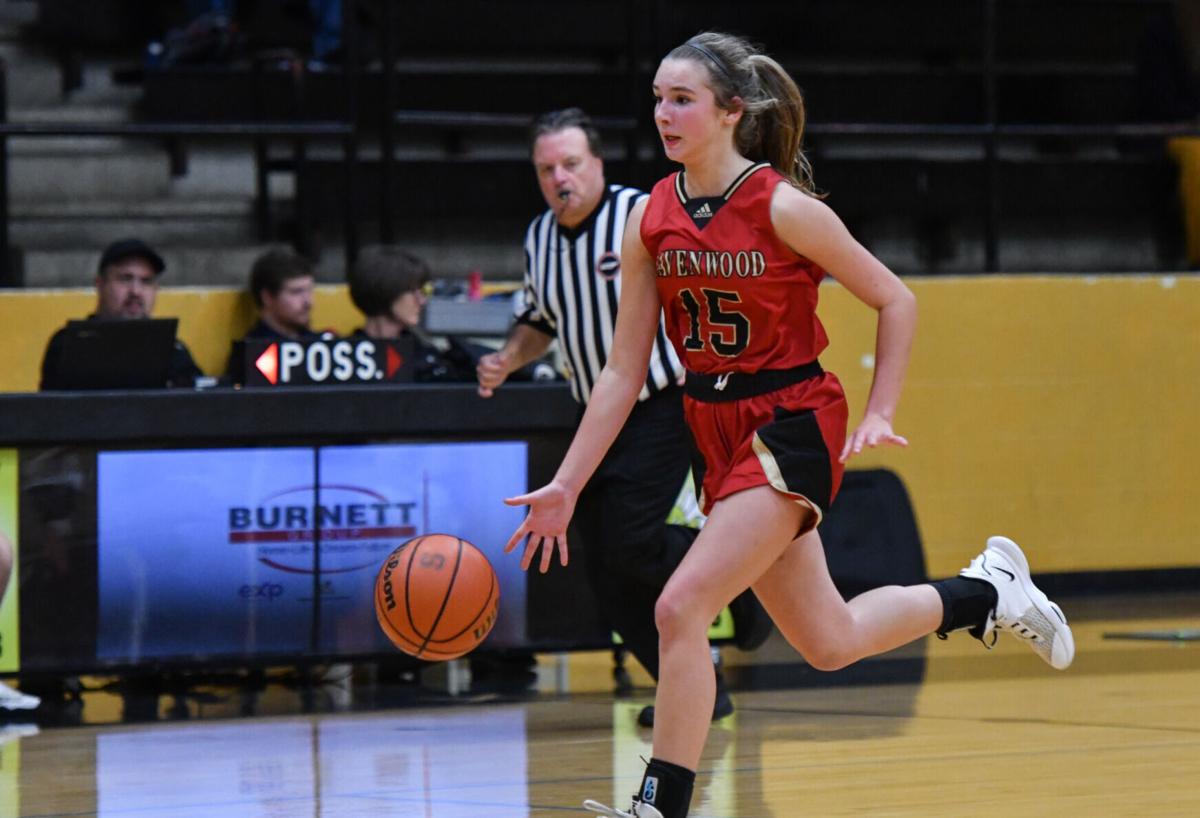 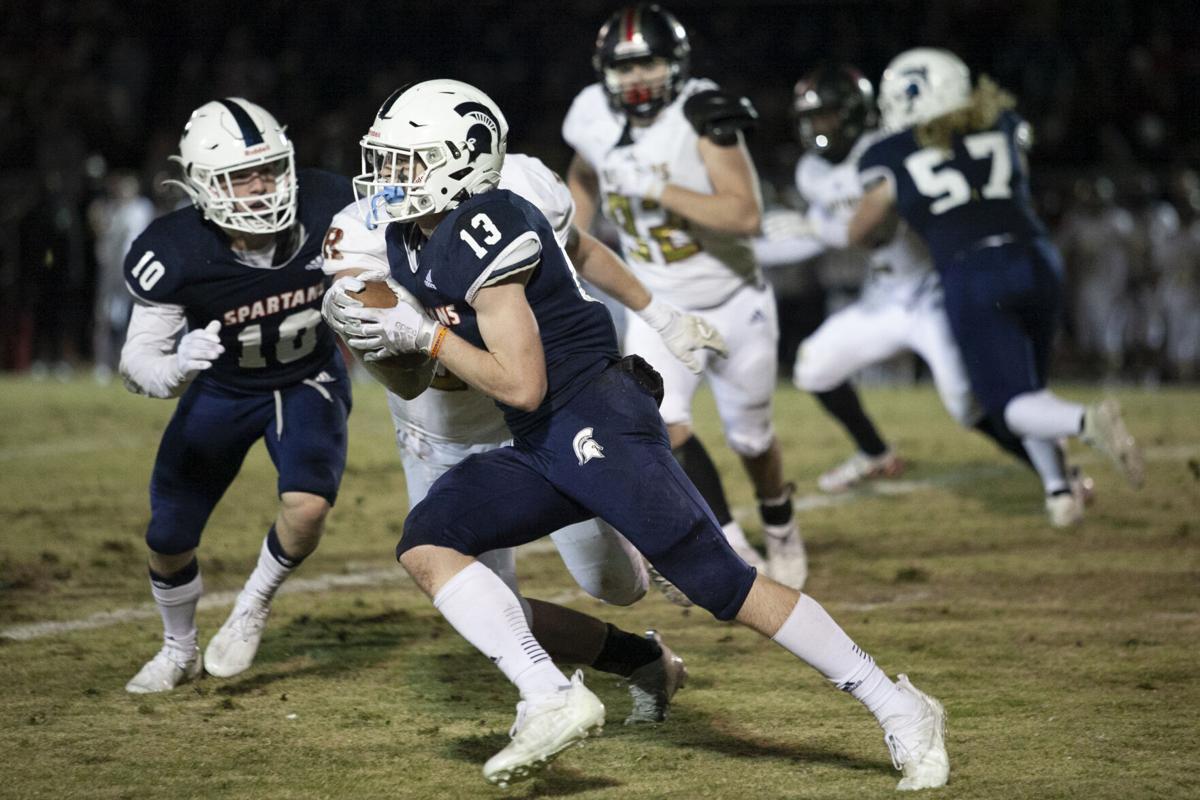 Ravenwood's Natalie Prestegaard and Summit's Brady Pierce were named the Gateway Tire Athletes of the Week for the week ending Nov. 21.

FRANKLIN — Ravenwood High School sophomore Natalie Prestegaard and Summit senior Brady Pierce were both selected as the latest Gateway Tire Athletes of the Week for the week ending Nov. 21.

Prestegaard scored a game-high 21 points in the Lady Raptors’ basketball season opener and helped them get off to a 2-0 start on the season, while Pierce scored four touchdowns to help lead the Spartans football team to a state quarterfinal win.

The pair were chosen as part of the Athletes of the Week awards sponsored by Garth Bouldin of Gateway Tire & Service Center in Franklin. Each week, one male and one female athlete from Williamson County are selected and featured in the Williamson Herald throughout the school year.

In addition, both athletes will be recognized Monday night at 6 p.m. at Tamale Joe’s in Franklin as part of a live broadcast on WAKM highlighting the Gateway Tire Athletes of the Week.

Hoops: Ravenwood sweeps on the road in season openers

SPRINGFIELD – Natalie Prestegaard has spent a lot of time in the gym working on her shot.

Prestegaard sank five 3-pointers in a 69-49 win at Springfield and then added another dozen points over the weekend in a 51-49 win over Christ Presbyterian Academy at the NXT LVL Hoopfest.

“Natalie had a great start to the season, and big things are in store for her,” Ravenwood coach Andrew James said. “She is such a talented scorer and ball handler for us.”

James said that despite being just a sophomore, Prestegaard has shown the leadership skills that come with playing as the Lady Raptors’ point guard.

“She is showing great leadership skills,” he said. “I’m really happy for her and the success she has had so far this season. I am lucky to be her coach.”

Pierce turned three of his five catches into touchdowns in a 48-28 Class 6A quarterfinal win over Ravenwood. He also rushed for a touchdown and snagged an interception, racking up 108 yards receiving, 31 on the ground, and returning two kickoffs for 54 yards as well as punting once for 33 yards.

“He does everything for us,” Summit football coach Brian Coleman said. “We all know what he can do at wide receiver, but he can run the ball, he returns our kicks and is our punter.

Coleman said Pierce is the “quarterback” of his defense as well. The do-all senior helps line up the defense from his free safety position and is a premier piece to the Summit puzzle.

“If you need a big play, he’s there,” Coleman said. “He’s an old-school football player that gets the job done.”

The Summit football team travels to Hendersonville in the Class 6A state semifinals trying to reach a third consecutive state championship game.