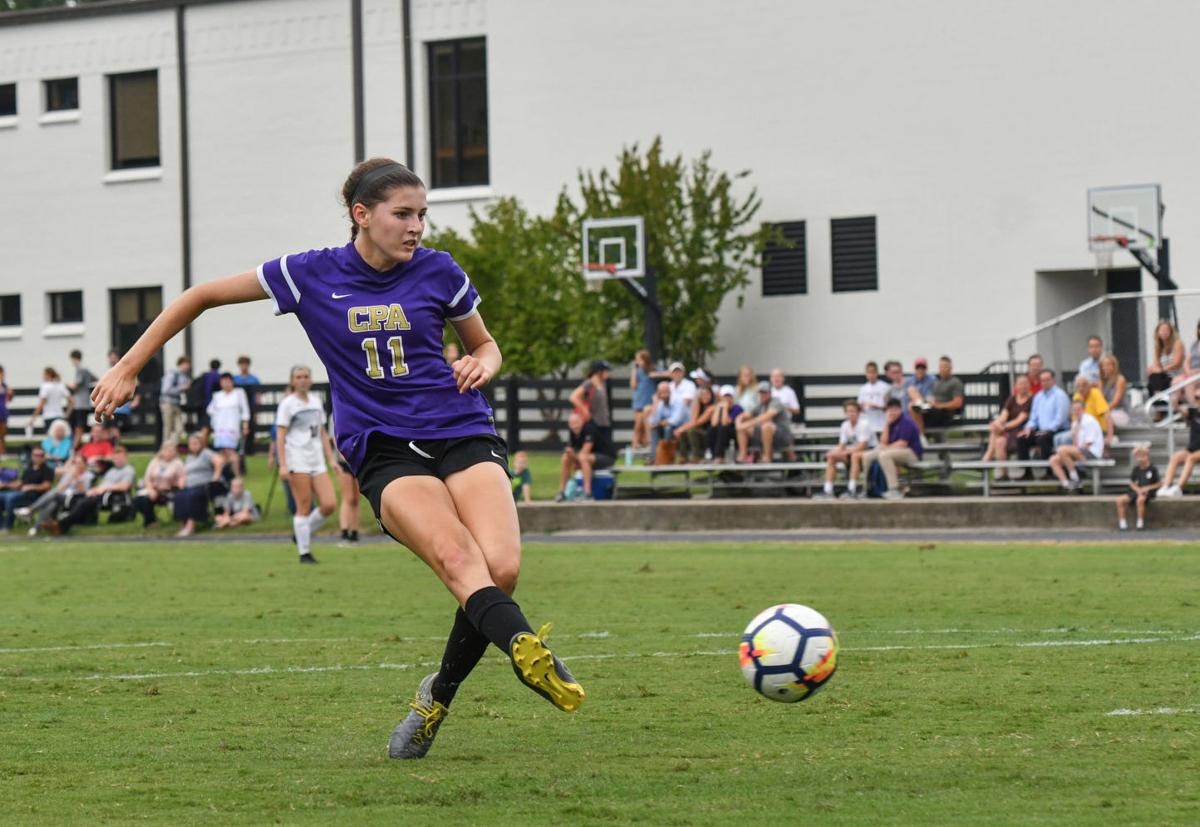 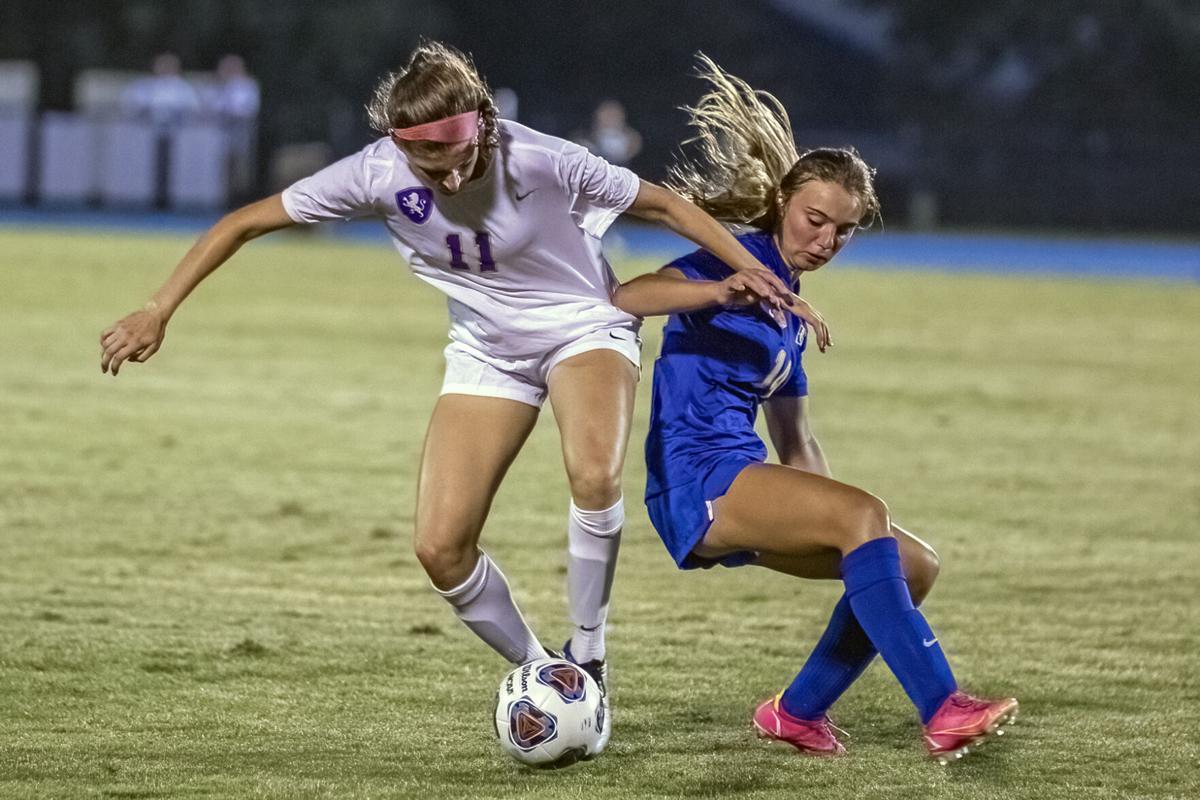 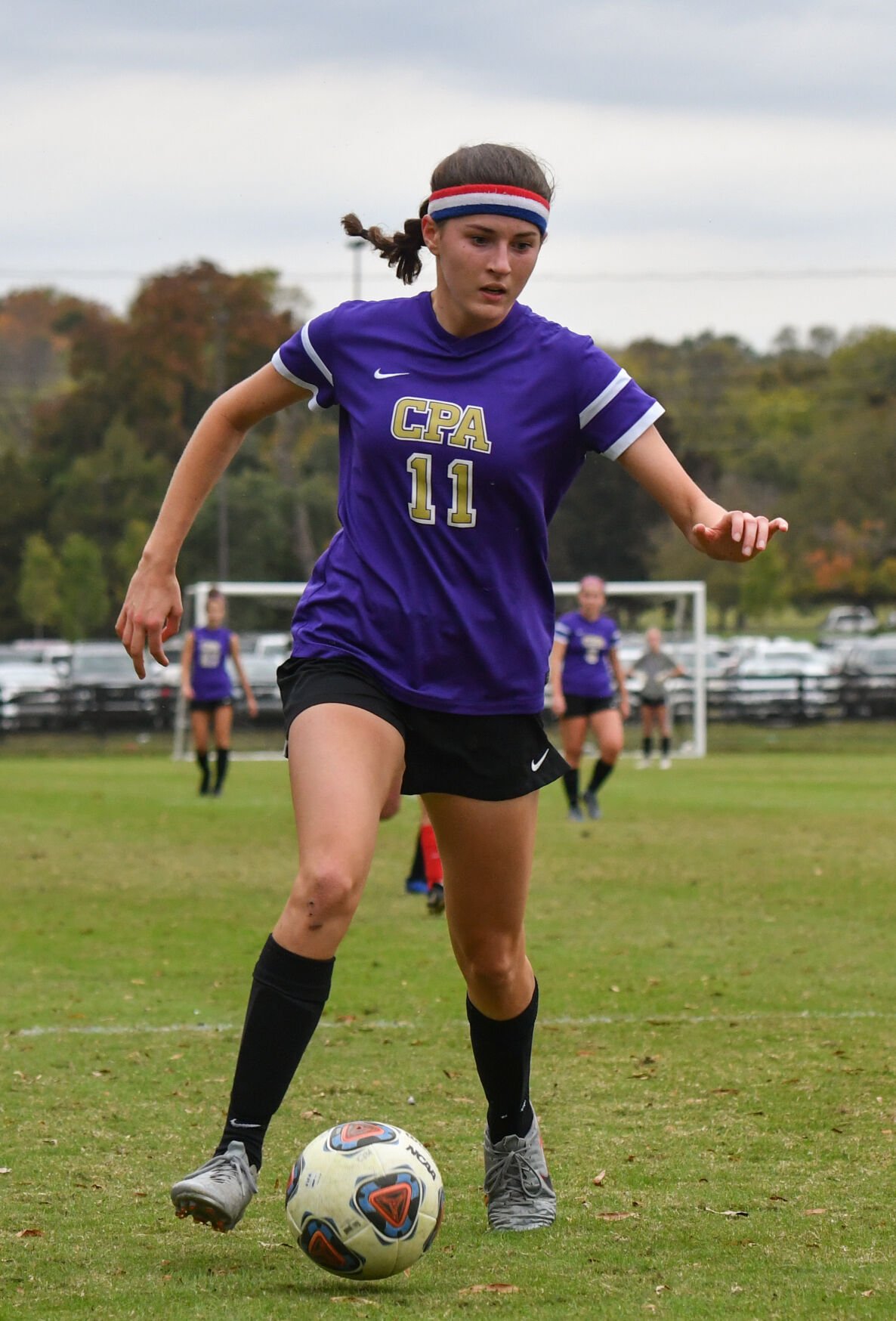 So, it’s easy to understand why she can’t pick out her favorite one.

Betts, the senior standout for the Christ Presbyterian Academy girls soccer team, recently registered the 200th goal of her career, reaching the prestigious mark with a hat trick last week against Summit in the final regular-season home game of her prolific career.

When asked if there was one or two goals, in particular, that were the most special to her, the Vanderbilt signee was genuinely stumped.

“Gosh, I don’t know,” said Betts. “I’m trying to think. They kind of all run together.”

Betts will look to add a few more to her total in the coming weeks, as CPA embarks on what could be another deep postseason run. The Lady Lions advanced to the Division II-A semifinals last year and have captured a pair of state titles in program history.

Betts, who has starred for CPA since her eighth-grade year, scored her 100th goal for the Lady Lions roughly midway through her sophomore season, and then needed less than two full seasons to score 100 more. According to TSSAA records, only three other high school girls have reached the 200-goal mark with Madison Luttrell of Covington holding the overall record with 243.

Looking back, Betts said the goals she has scored in the postseason carry a little extra significance. But even thinking about those, she can’t pinpoint any exact moments.

“People will sometimes ask me a question about a specific goal, and I’m just like, I have no idea,” she said, “because I don’t remember.”

The fact that she has such little recall about her own highlights speaks to the type of person she is, said CPA head coach Tom Gerlach.

He said Betts is not only the best player he’s ever coached, but she might also be the most selfless.

“I can’t stress how kind she is to her teammates. ” Gerlach said. “In her mind, it’s honestly not about her.”

Betts came into this season needing 25 goals to reach the 200 mark. Amazingly, she accomplished that feat in just 11 matches.

“We had some games rained out and we had a few cancelations, too,” said Gerlach. “So, for her to be able to do what she did is remarkable, especially considering the level of competition that we faced this year after moving up to D-II Big.”

Betts, who set a national record with seven straight hat tricks during her sophomore season, said that reaching 200 goals wasn’t something she’s been dwelling on this season. But in recent matches, as she moved closer to hitting the mark, she started thinking more about it.

And while she didn’t allow her milestone to become a distraction, she said it was definitely on her mind.

“It was one of those things where I really didn’t want to get this close and not make it,” she said. “You know, if I would have ended my career with 198 (goals), that would have just been annoying. So, to finally get it, it was a relief. ”

Betts entered last week’s match against Summit needing three goals to reach 200. She scored twice in the first half, and then secured another tally early in the second half in the 3-0 victory. When she did, the officials stopped the game, allowing the CPA players and coaches to celebrate with Betts.

The team is planning to hold a more formal celebration sometime soon, Gerlach said, perhaps at halftime of a football or basketball game.

“It was really cool how the timing worked out,” Betts said. “(For it to happen) in my last-ever home game just made it more meaningful. Having played here for five years, and then to be able to get to 200 on my home field, it was really special.”

For Betts, it was the latest magic moment in a career that has been packed full of them. She will leave CPA as one of the most decorated players — in any sport — in school history. Her list of accomplishments includes being named the Gatorade Tennessee Girls Soccer Player of the Year last year.

But for all she has done on the field, Gerlach said he is more impressed by the things she’s done when she’s not wearing a jersey and cleats.

“I’ve coached a lot of superb athletes,” said Gerlach, “and with amazing talent can sometimes come an amazing ego. Caroline is the antithesis of that. You don’t find many elite athletes like Caroline who are humble and gracious and coachable and kind and love the Lord and are great at school.

“I mean, I’ve had players on the Junior National team who are extremely good players,” he said. “But they weren’t all of those things together in one package like Caroline is.”