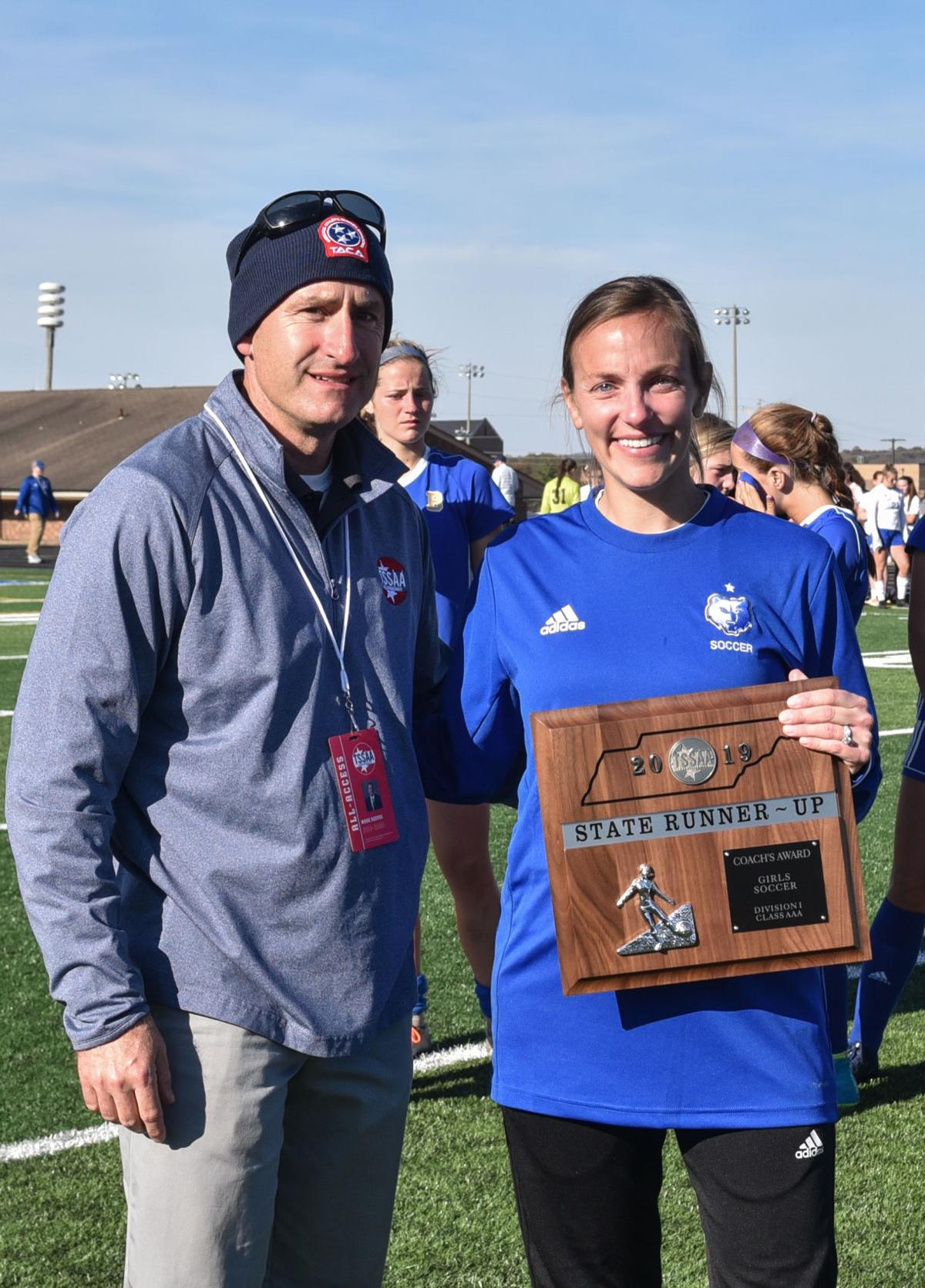 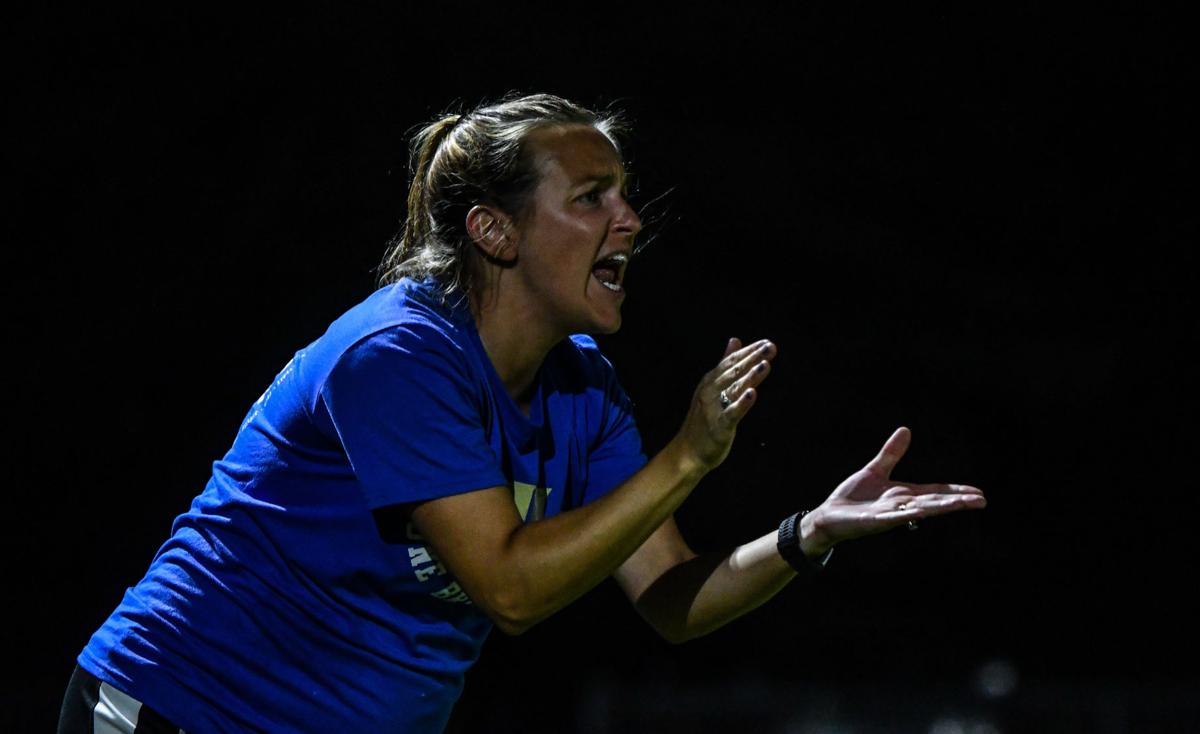 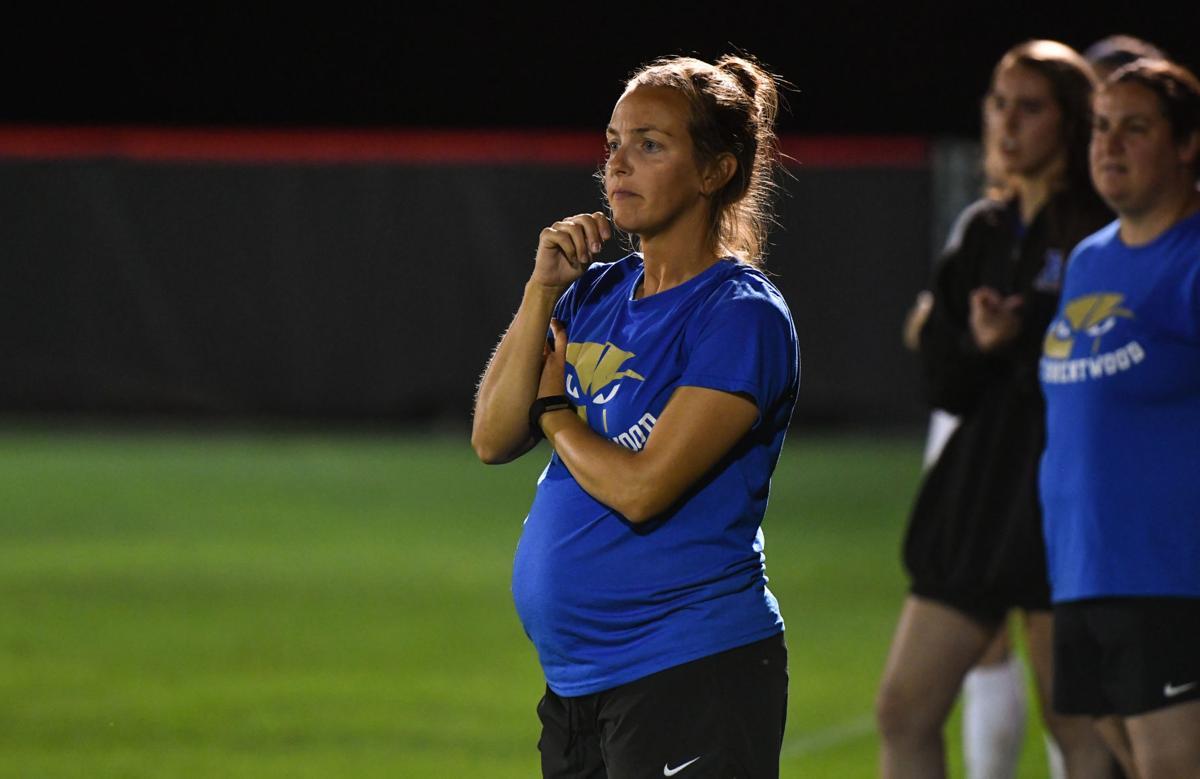 Kersta Mello pictured in 2018 while pregnant with son Theo. 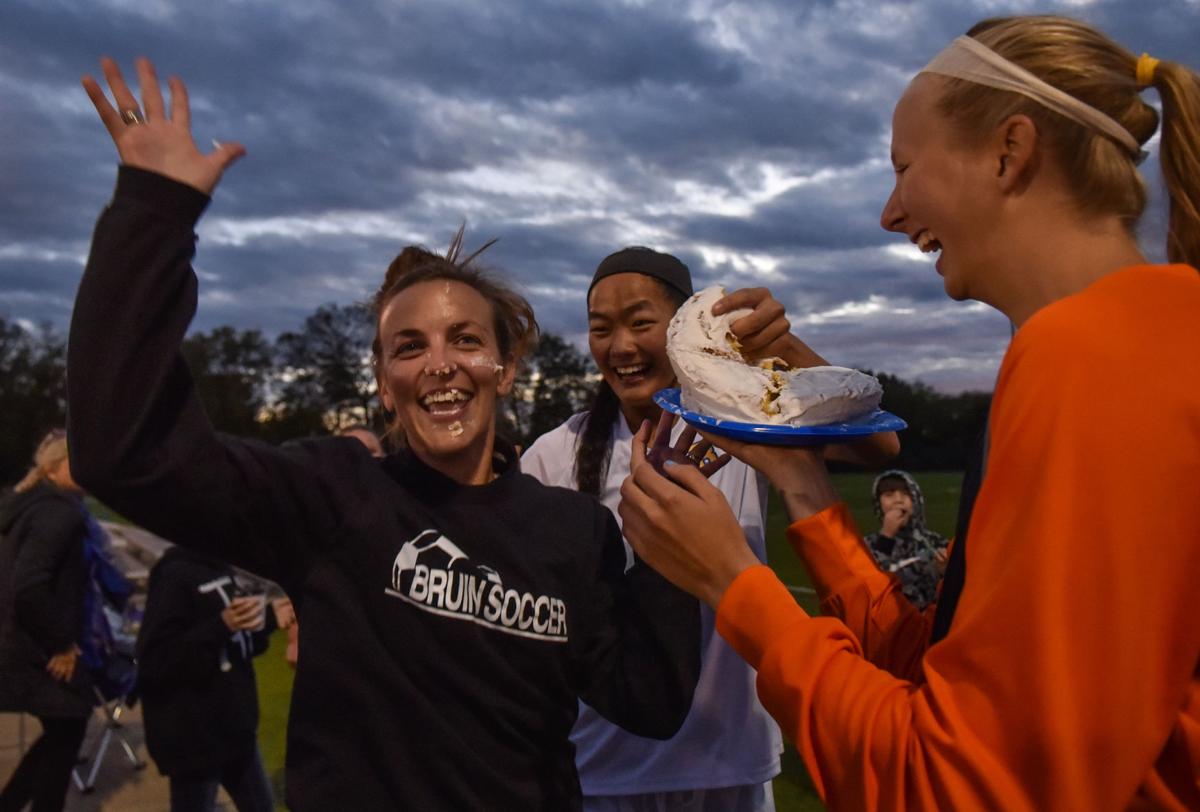 Brentwood coach Kersta Mello, left, received a cake to the face after her team won their state opener in 2017.

Kersta Mello pictured in 2018 while pregnant with son Theo.

Brentwood coach Kersta Mello, left, received a cake to the face after her team won their state opener in 2017.

Four years ago Kersta Mello intertwined her family with Brentwood High School and despite stepping down as the Lady Bruins head soccer coach, she expects that to remain a constant.

Mello announced this weekend that she will no longer be coaching the Brentwood girls and instead will spend more time with her family: husband Davis, sons Bode (3 1/2 years old) and Theo (1 year old), along with her soon-to-come baby girl due in March.

“I wish I could keep doing what I have been doing,” Mello said Tuesday. “It’s been such a treat to be a part of these girls and their families lives.

“The decision to step away doesn’t come lightly and I’ll probably never be on board fully, but like I’ve witnessed all these parents do with their girls, it’s time to watch that same growth and joy with my kids.”

“Fantastic doesn’t even begin to describe my time here,” Mello said. “The good, the bad and everything in between, I’m so thankful for the memories and the relationships.”

In 2017, Brentwood topped the Lady Rebels in the district championship before falling to them in the region title match for the second season in row. The Lady Bruins did advance to the state semifinals before falling to eventual champion Houston. In 2018, Brentwood lost in a first round rematch against Bearden, falling in a penalty-kick thriller.

Earlier this month, the Lady Bruins reached the state championship match for the first time since 2012 before suffering their only loss of the season 3-2 against rival Ravenwood. They closed the 2019 campaign 16-1 overall.

“The relationships I’ve been able to develop make a decision like this very, very hard,” Mello said. “It makes it so difficult to say goodbye, especially after the last four years being so special and being able to share it all with my family.

MURFREESBORO – Carrying an unbeaten record, playing for the first time in 10 days and simply…

"I watched my pseudo-babies – the girls – love on my biological babies over these last four years. What a neat thing to be able to have my family incorporated into this Brentwood High family. It’s a unique gift that I will always treasure.”

This year’s group of seniors – all six of them – were Mello’s first class she coached through their high school careers as head coach. Their joy is infectious, Mello said.

“I’m proud of our team and I think we all should be for what we were able to accomplish,” Brentwood senior Elle Scott said following the championship loss on Nov. 9. “We all shared a special bond and were undefeated until today. That’s special.”

She also said her and Mello family will will remain close to the program, adding that coaching could be something that comes back in her life.

“Being a high school coach is so much more than teaching about playing between four white lines,” Mello said. “You get to watch these kids grow and become the awesome people they are today. You develop relationships that last far into the future and I’m excited to continue following in their successes.

“This group of seniors helped shape the legacy of Brentwood soccer. This group of girls is so special and it’s been an absolute joy sharing this time with them.”

The school has not announced a new girls soccer coach, but did say the search has begun.

Editor's Note: This story was corrected to indicate the proper spelling of Mello's husband Davis and son Theo.

There won’t be too much of a transition for the Brentwood girls soccer players after a coaching change this month. The school announced the hi…