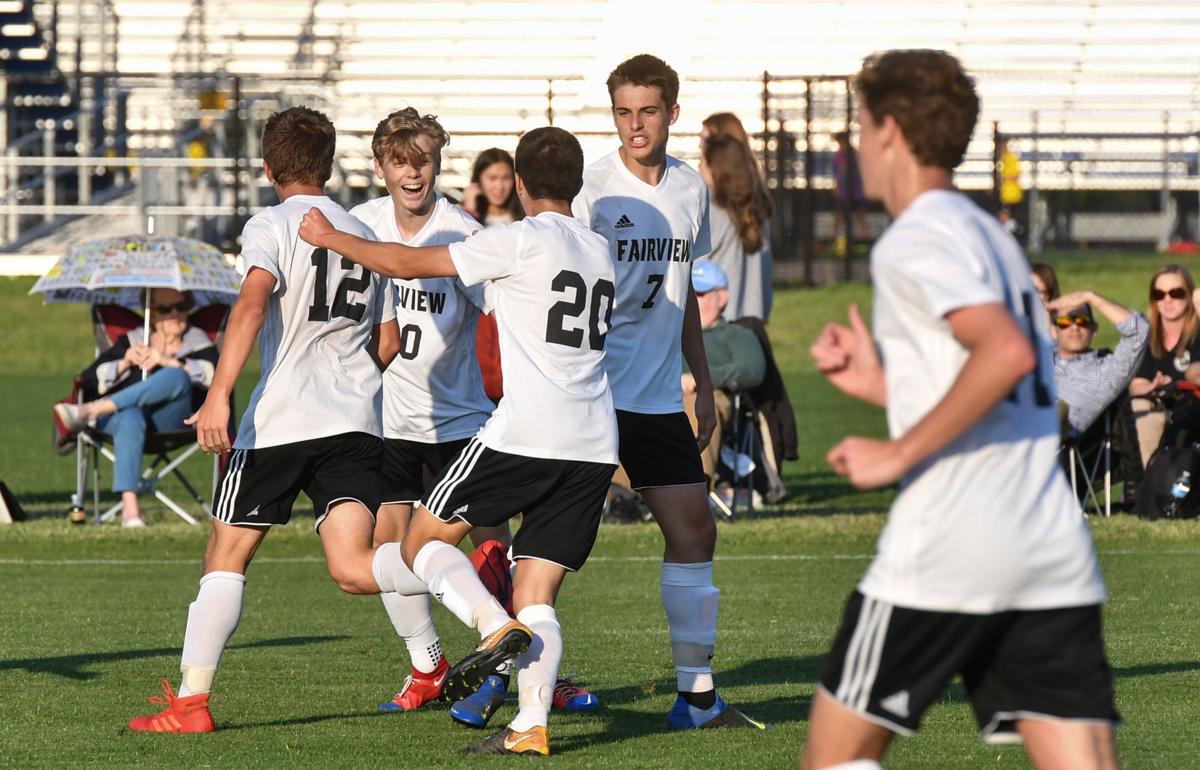 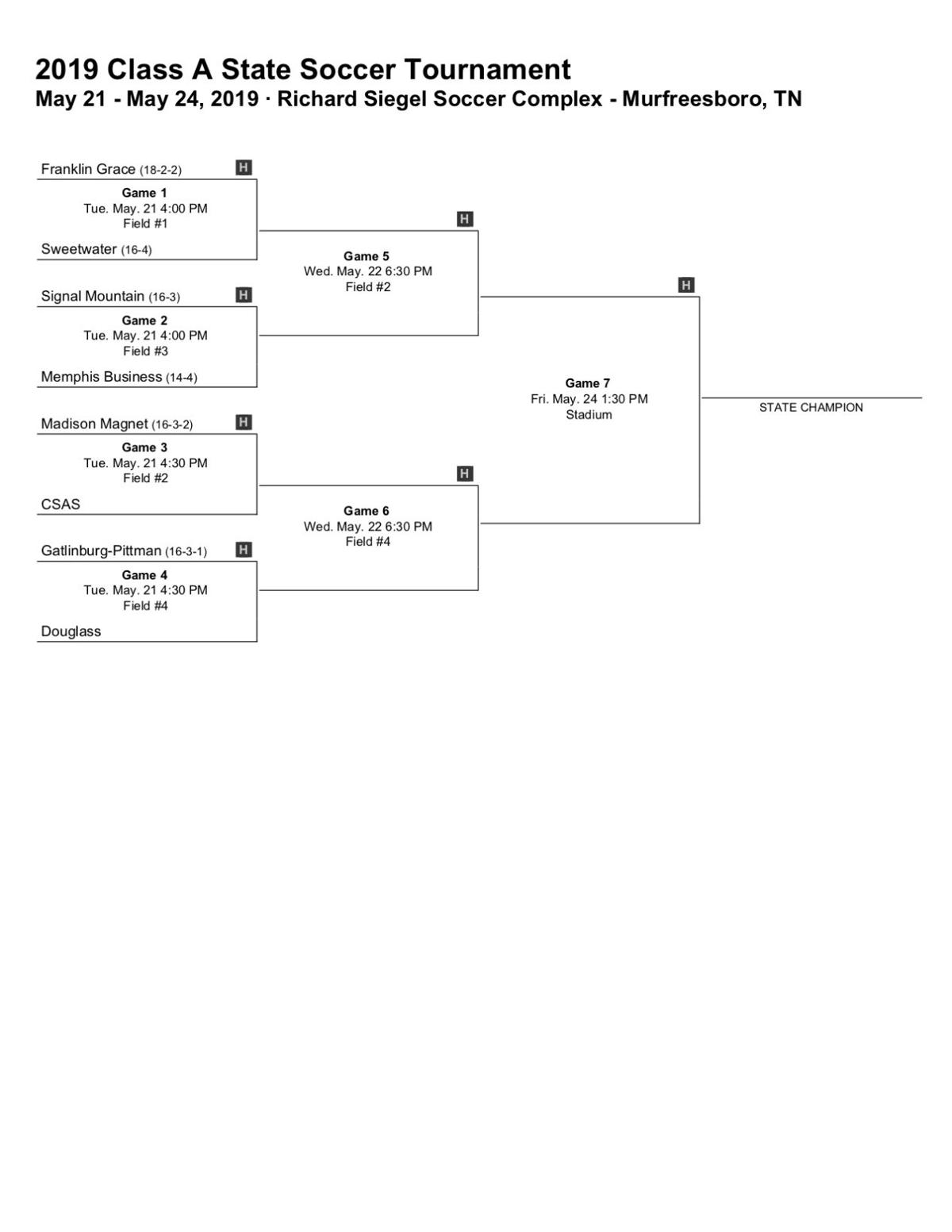 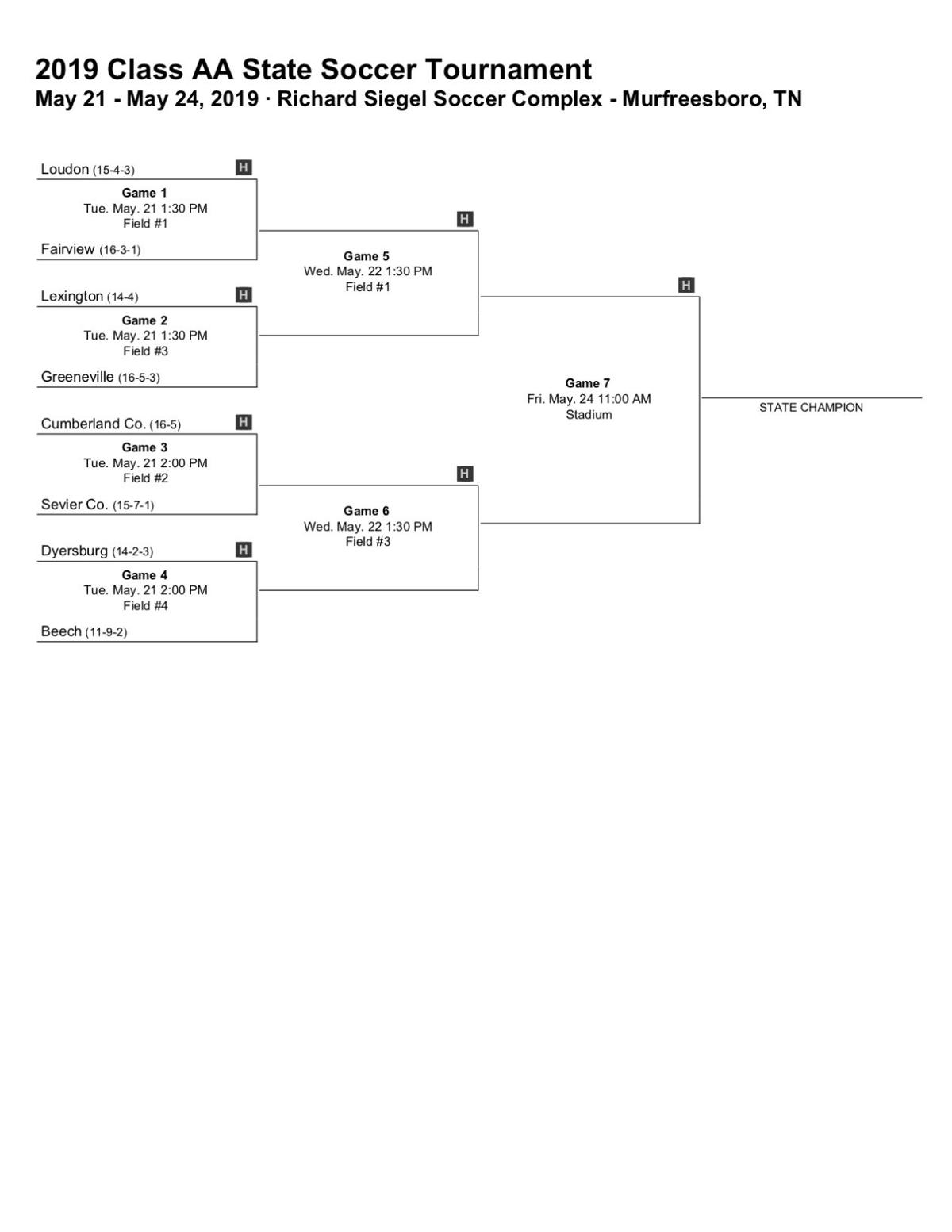 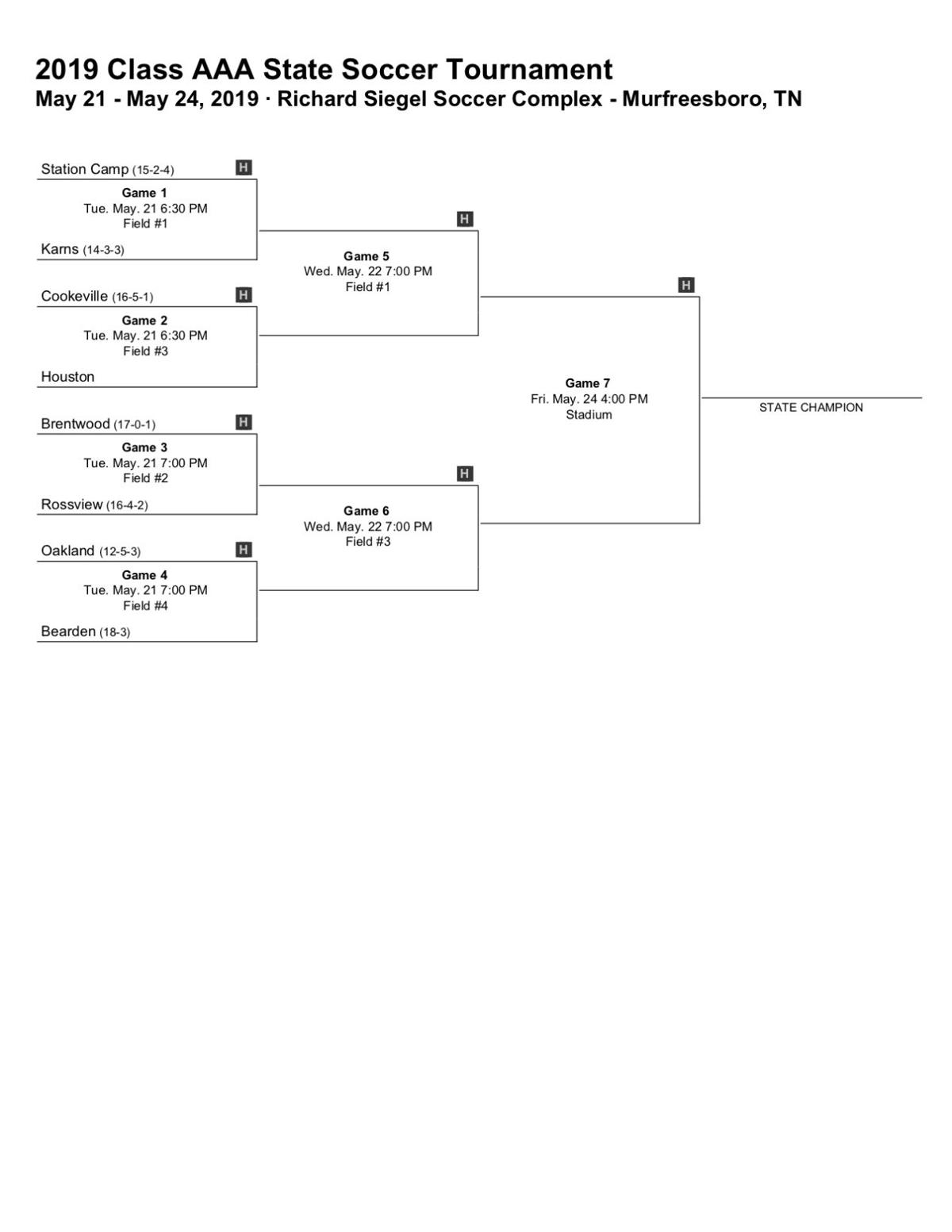 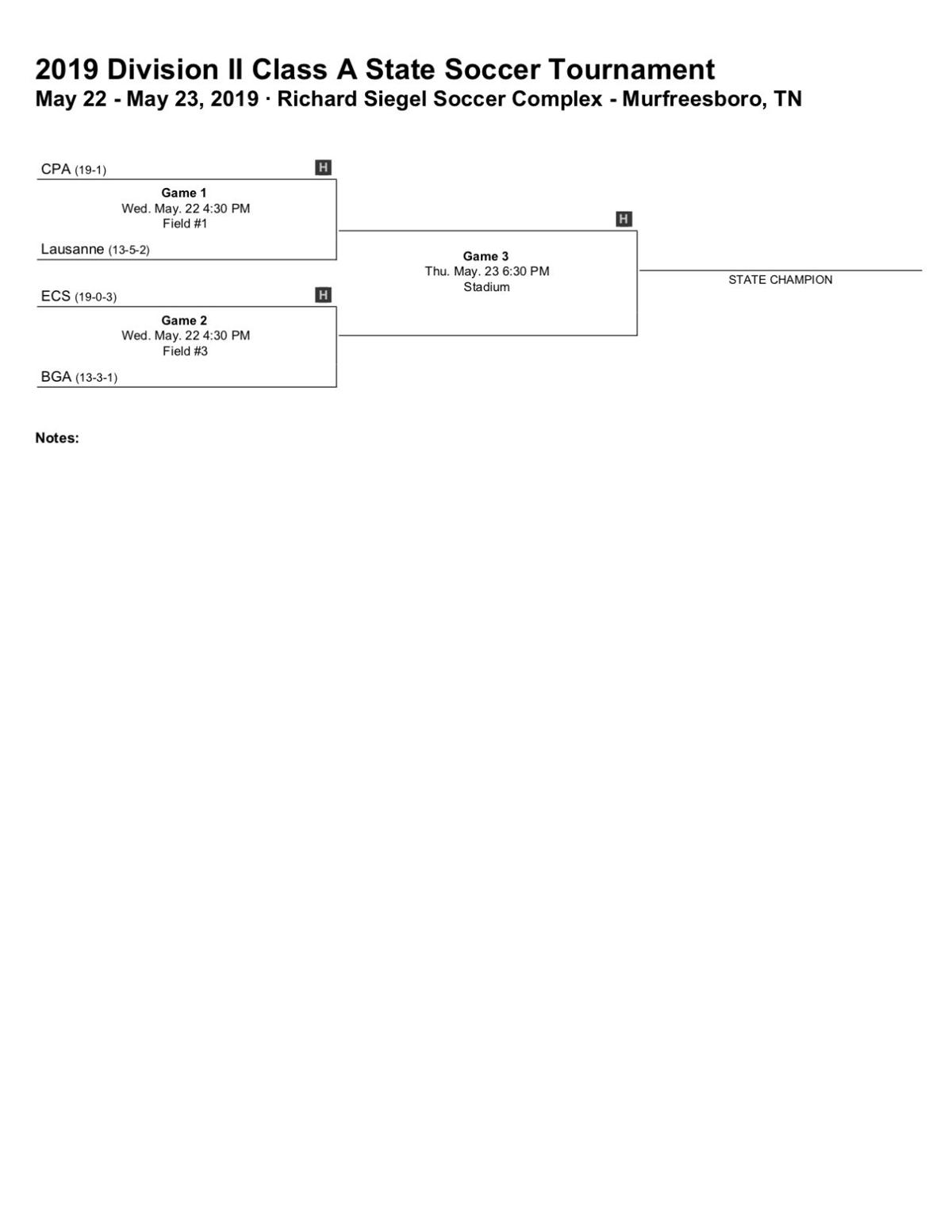 For the second season in a row the same five Williamson County-area teams advanced to the boys state soccer championships this week during Spring Fling in Murfreesboro.

Brentwood (17-0-1) scored the first three goals in a Class AAA Sectional Saturday and held on to defeat Smyrna 3-2. The Bruins fell to Blackman 5-4 in a penalty kick thriller in the state semifinals last season.

In Class AA, Fairview (16-3-1) clinched a state berth when junior standout Brandon Parrish converted a penalty kick in the fourth overtime to lift the Yellow Jackets past White House 3-2. Fairview advanced to the state semifinals before falling to Loudon – the Yellow Jackets first round matchup this year – in the semifinals in the school’s first trip to state last season.

In Class A, Grace Christian Academy (18-2-2) stormed back into the state tournament with a 9-1 sectional win against Trinity Christian. The youthful Lions also reached the state semifinals in their first trip to state last year before falling to Signal Mountain to miss a state championship berth.

Both Battle Ground Academy (13-3-1) and Christ Presbyterian Academy (19-1) also advanced to the Division II-A semifinals again. Unlike last year’s semifinal matchup where BGA tipped CPA 2-0 to reach the state championship, the two rivals sit on opposite sides of the bracket this time.

The Yellow Jackets will kick off a busy Tuesday at 1:30 p.m. in their semifinal rematch with Loudon (15-4-3). Fairview crushed Sheffield in its state debut last season, 7-1, but Loudon scored twice in the second half to reach the state championship with a 2-1 win in the semis.

Coming off a disappointing showing in the District 12-AA championship, Fairview was all busi…

Loudon has scored at least five goals in five of its last seven matches and shutout Sequoyah 5-0 in a sectional Saturday. They fell to Greeneville in the state final 3-0 last season in the school’s first championship appearance.

At 4 p.m. Tuesday, GCA takes on Sweetwater (16-4) in the first round of the Class A state tournament and re-enters the state stage as one of the most potent scoring teams having collected 49 goals in the Lions last six wins, including a 9-1 sectional win over Trinity Christian Saturday. Led by a trio of eighth graders – Shewit Worton and brothers Malachi and Levi Jones – last season who are now freshmen, GCA stormed into the state semifinals in the program’s first trip to state in 2018. Eventual state runner-up Signal Mountain claimed a 1-0 win to earn a trip to the title match before falling to Gatlinburg-Pittman.

GCA and Signal Mountain (16-3) can meet in the semis again with wins, while defending champion Gatlinburg-Pittman sits on the other side of the bracket. The Lions tied defending champs at home 2-2 on April 27.

A week after defeating Ravenwood in the District 12-AAA soccer championship, the Brentwood b…

In one of the late matches Tuesday, Brentwood takes on Rossview (16-4-2) in a Class AAA first-round rematch from last year – a 4-0 Bruins win. The two teams also met in the regular season and battled to a 2-2 tie on April 11 in Brentwood. Like the Bruins, the Hawks went on to win their district and region titles. Rossview topped Collierville 2-1 in the sectional round to reach state.

With a win, Brentwood would face the Oakland-Bearden winner Wednesday. Defending champion Station Camp sits on the other side of the bracket.

The Division II-A and DII-AA teams take the field on Wednesday as well in the state semifinals.

BGA used some late overtime magic from Charlie Jewell, again, to defeat St. George’s in a DII-A state quarterfinal for the second season in a row. Jewell scored in the final minute of the fourth overtime this time. He had an OT-winner in the final seconds of OT last season at St. George’s.

After clinching a second consecutive District 10-A soccer championship last week, the Grace …

The Wildcats will face an unbeaten Evangelical Christian School (19-0-3) team Wednesday at 4 p.m. ECS blasted St. George’s 5-0 two weeks ago to win the DII-A West Region championship. They edged Franklin Road Academy 1-0 Saturday in the quarterfinals and have won by shutout in six of seven matches.

CPA also takes the pitch Wednesday at 4 p.m. against Lausanne (13-5-2), which overcame Boyd Buchanan in penalty kicks in a weather-extended quarterfinal match that ended Sunday. The Lions lost their season opener, but have won 19 straight, including Saturday’s 2-1 victory over Knoxville Webb. The Spartans lone goal stopped a nine-match shutout streak by CPA.