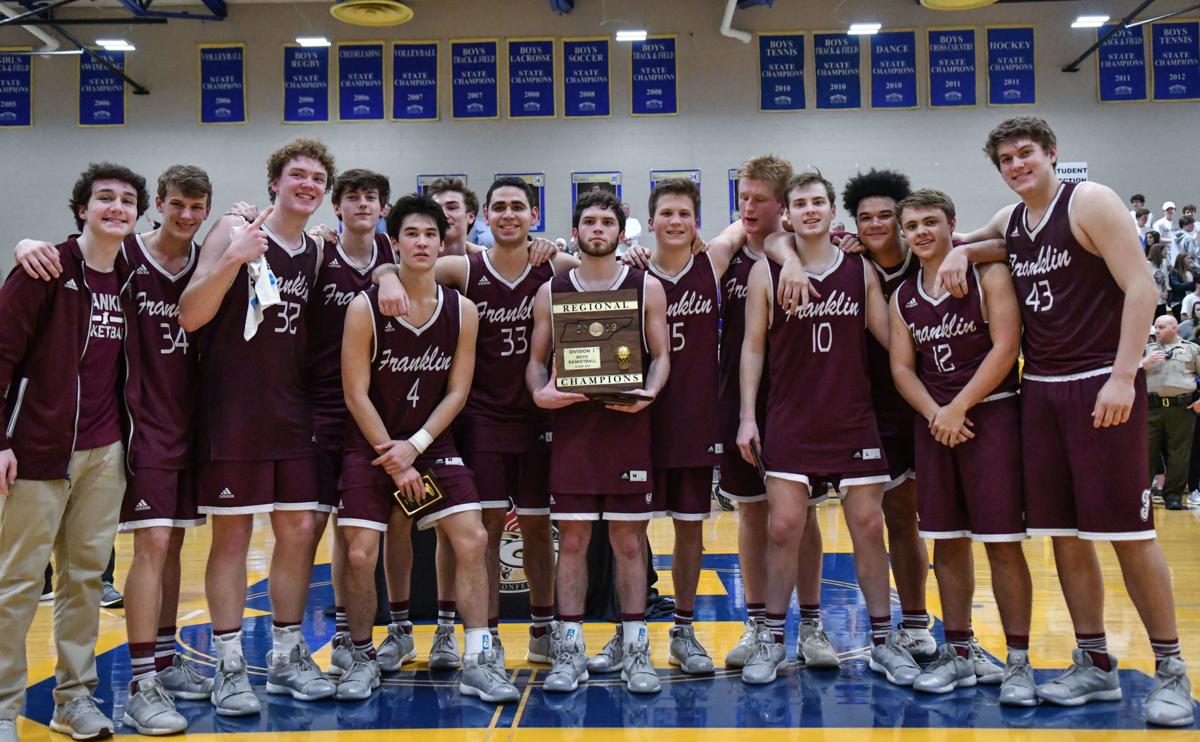 Thirty years ago I was a mid-20s sports radio know-it-all-wannabe blessed beyond my ability to comprehend with opportunities to get paid to watch an underrated Franklin team not just make a run to the state basketball tournament, but win it.

I’m a mid-50s sports writing know-it-all-wannabe still blessed beyond my ability to comprehend with the opportunity to get paid to watch an underrated Franklin team make it back to the state tournament for the first time since 1989.

The wait is over. The Franklin Rebels are headed back to the state tournament.

I’d like to think I’m pretty much the same, but the real déjà vu for me is just how similar the two Franklin teams are.

The 1989 squad was led by a pure shooter, Kevin Anglin. Anglin was a skinny kid who was quick, not fast, and could shoot from nearly anywhere on the floor. On more than one occasion, I watched him take a step back to make sure he was behind the 3-point arc before launching a rainbow to tickle the cotton with a backspin that made the ball hang suspended like a yo-yo walking the dog. He could take defenders inside, confuse them with a pass, or just scare them with a head fake.

Reese Glover reminds me so much of Anglin, only better.

It is impossible to describe the shooting ability of the Rebels’ senior leader, who is a danger to score anytime he’s past half-court and sometimes before that point. Outside, inside … it really doesn’t matter. And the real secret to Glover’s greatness, as it was with Anglin, is his overlooked ability to play hard-nosed defense. Glover is the front man on coach Darrin Joines' 1-3-1 defense and sets the tone with his ability to read passes, bait opposing ball-handlers into traps and simply frustrate opponents.

But the similarities go deeper.

Sophomore guard Reed Kemp reminds me a lot of another sophomore back then, a kid by the name of Jay Johnson, who guided coach Joe Daves’ offense and found ways to get Anglin the ball. The steady Kemp just gets the job done. He’s not flashy and doesn’t demand attention – a lot like how Johnson played.

I always thought the glue that really held that ’89 team together was their big guy in the middle, Chan Workman. Head and shoulders taller than the rest of the team, his blonde hair made it easy to find him and he was always in the right place at the right time. Matt Thurman has been the same all year, an unsung hero in my mind. The sophomore plays tough defense, is always on the boards and moves to the right place.

Vandell Grigsby and Tony Hardison were two of the best overall athletes ever at Franklin and they knew their roles and played them well in ’89. This year, Jordan Bruce has done the same. One game he hit seven 3's in the region tournament; the next, he was clutch on defense and a menace for drawing charges in the paint. He's a headache to game-plan for opposing coaches and always finds a way to produce on the defensive end as well.

An advantage this year's team enjoys is the presence of Ahsharri Haynesworth. Eyebrows raised when the big guy transferred from Centennial as the season began, but he has blossomed since arriving. It is obvious his teammates have welcomed him with open arms and he has responded in kind.

Therein lies the biggest similarity in these two teams three decades apart – these kids really care about each other. Teams can talk of “family” and “brothers,” but there is a special feeling about it being visibly more than just talk, it is ingrained in this team’s DNA. None of them care who scores, whose name is in the paper ... they just want to win.

Very much like another Franklin team I watched in 1989.

This is a pretty good article. There are many similarities between these two teams. But before strolling too far down Nostalgia Lane, let’s correct a few facts from 30 years ago that are incorrect in this article.

Franklin’s 1989 point guard, Jay Johnson, was actually a Junior when Franklin won the state title in 1989. He was a Sophomore when they went to the state tournament the year before and lost to Memphis Northside in the semis.

And, it is a STRETCH to claim that the ‘89 Rebs were “underrated”. They only lost two games that season (Dickson County and Brentwood - led by Phil Caple). After a good showing at the state tournament the previous year, Franklin returned every key player but Gregg Hamilton. Don’t get me wrong, Greg was a force during the 1988 run, but Franklin returned FIVE major contributors from the 1988 team (Anglin, Johnson, Workman, Hardison and Grigsby*). Each of these guys had a lot of tournament experience to help push the Rebels past Whites Creek in the 1989 finals. The only “underrated” thing about the 1989 team was the fact that major universities didn’t offer scholarships to these guys. Vanderbilt rewarded Kevin Anglin with his much deserved scholarship, but the other scholarship offers were to smaller schools and that was disappointing. So, to clear up the reference in this article, the 1989 Franklin Rebels entered the state tournament as a favorite to compete for the title, and they delivered in a big way.

* Please note that Reid Breuehl was not listed above as a returning player from the 1988 team; however, he played significant minutes during the 1989 state championship season and was also a contributor to the Rebels’ season and state tournament success.