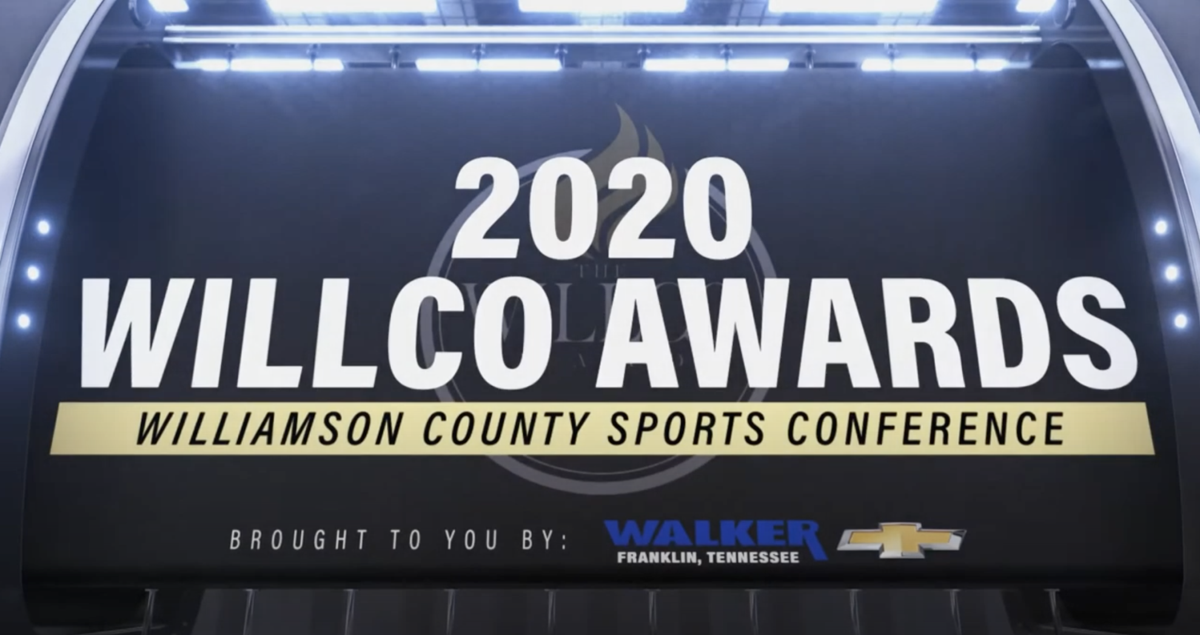 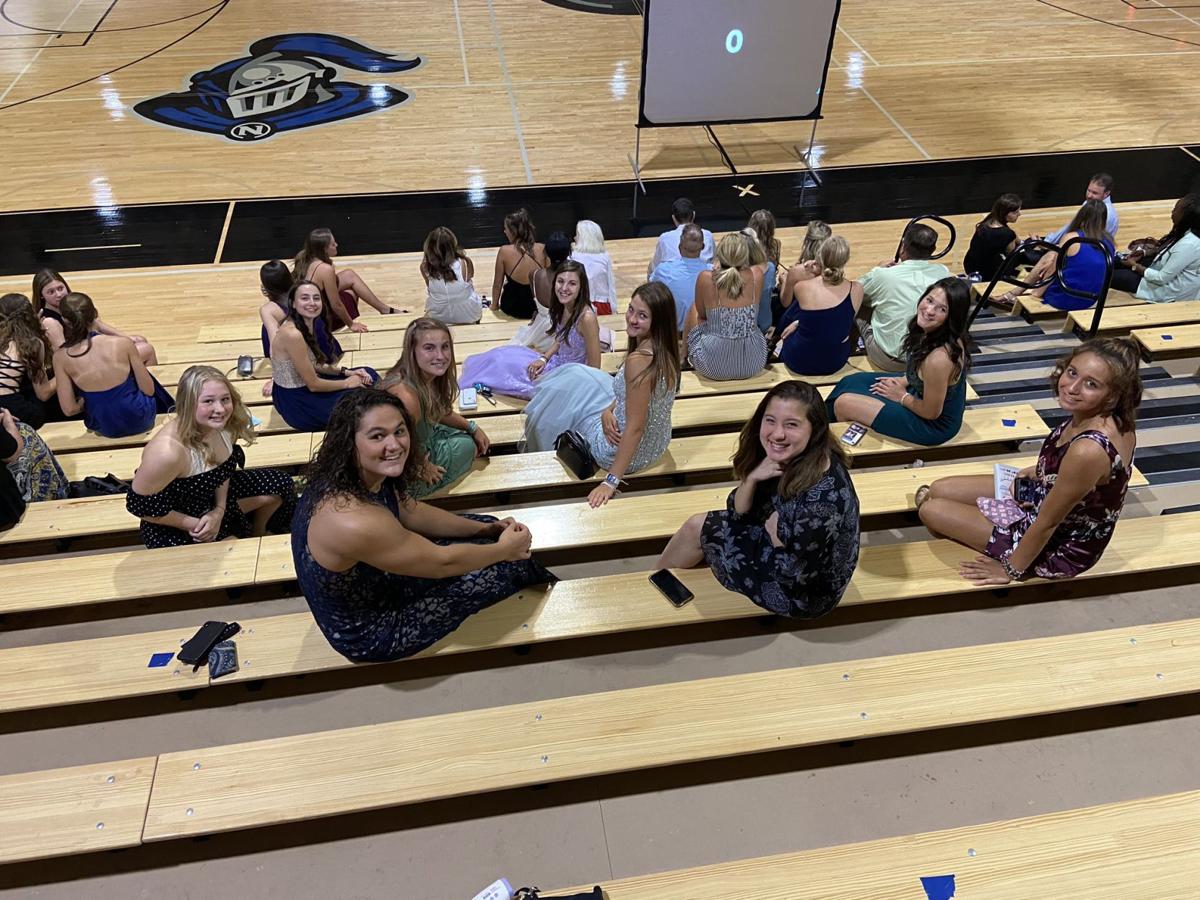 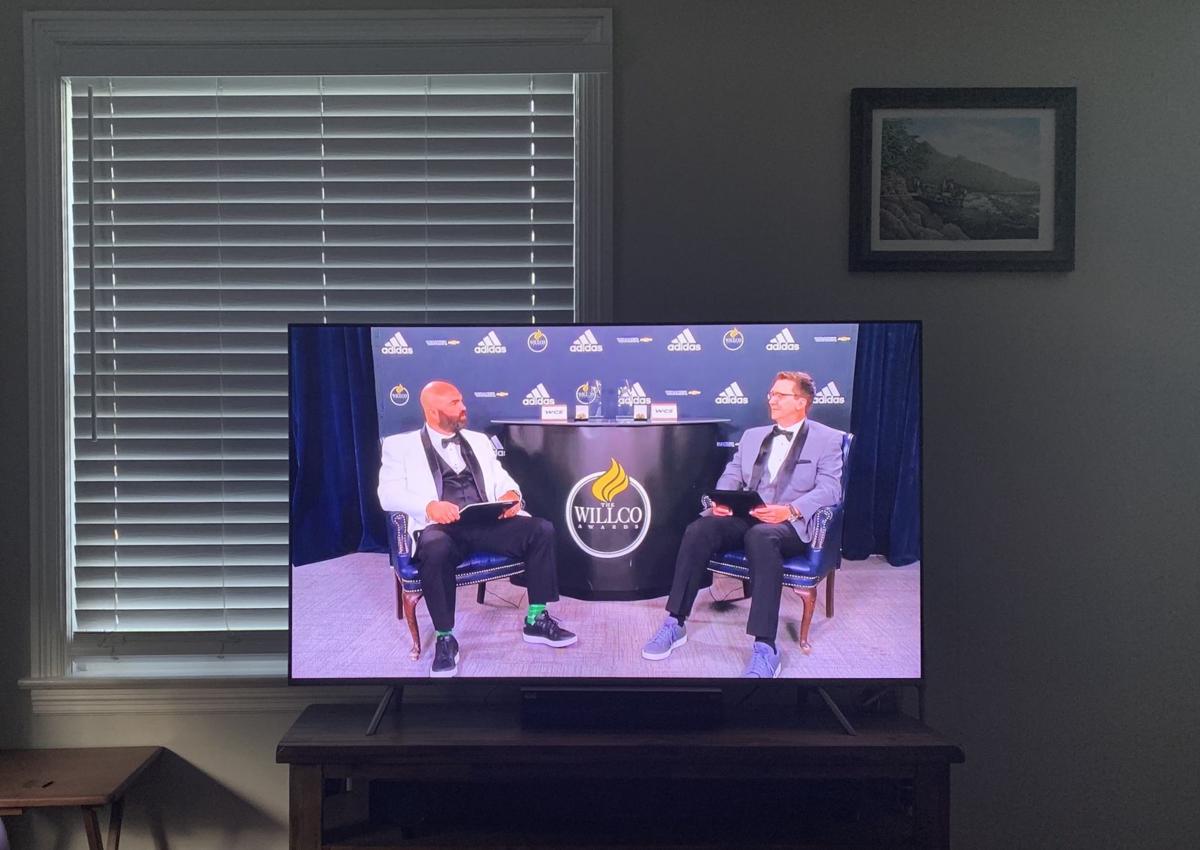 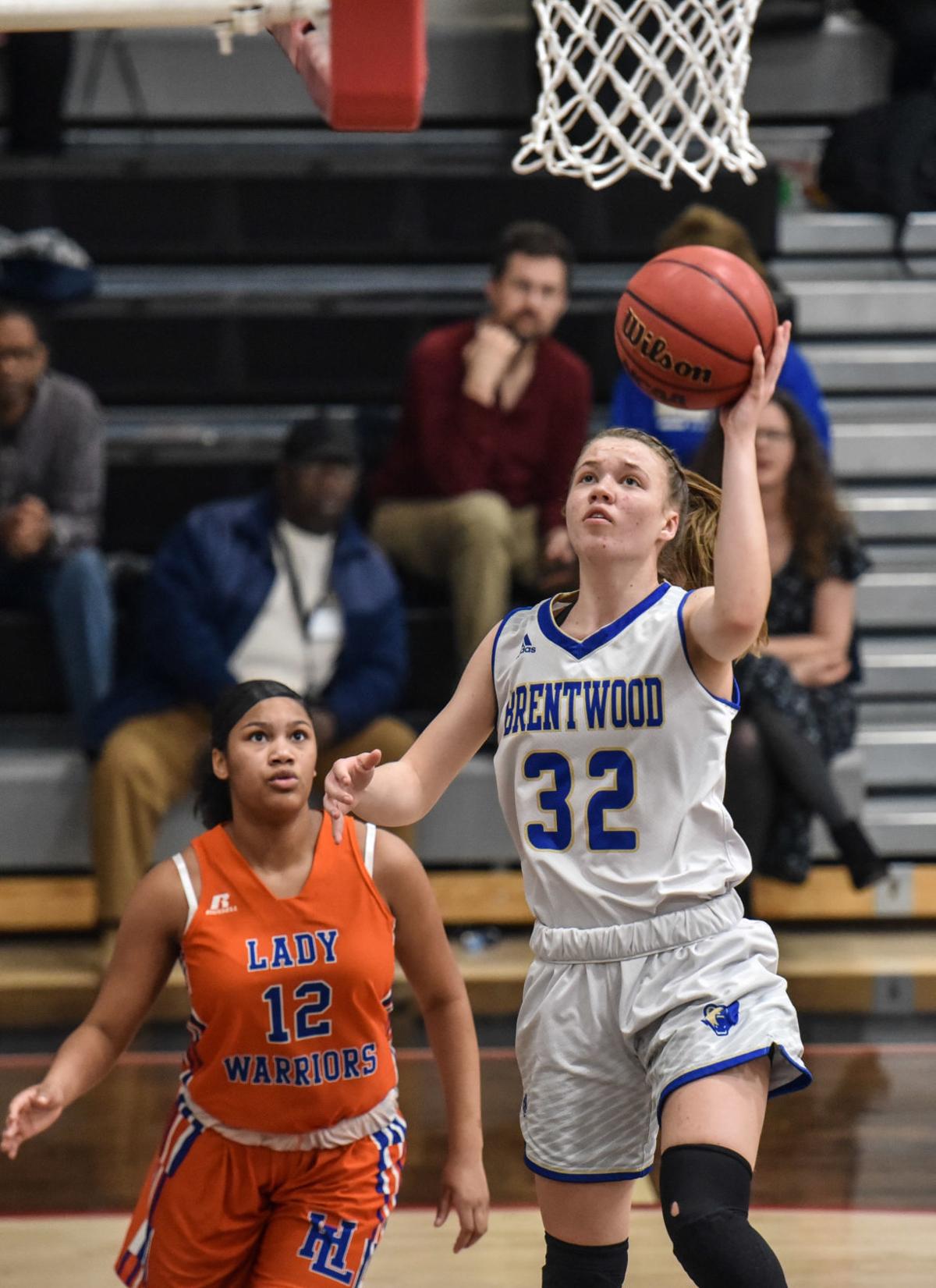 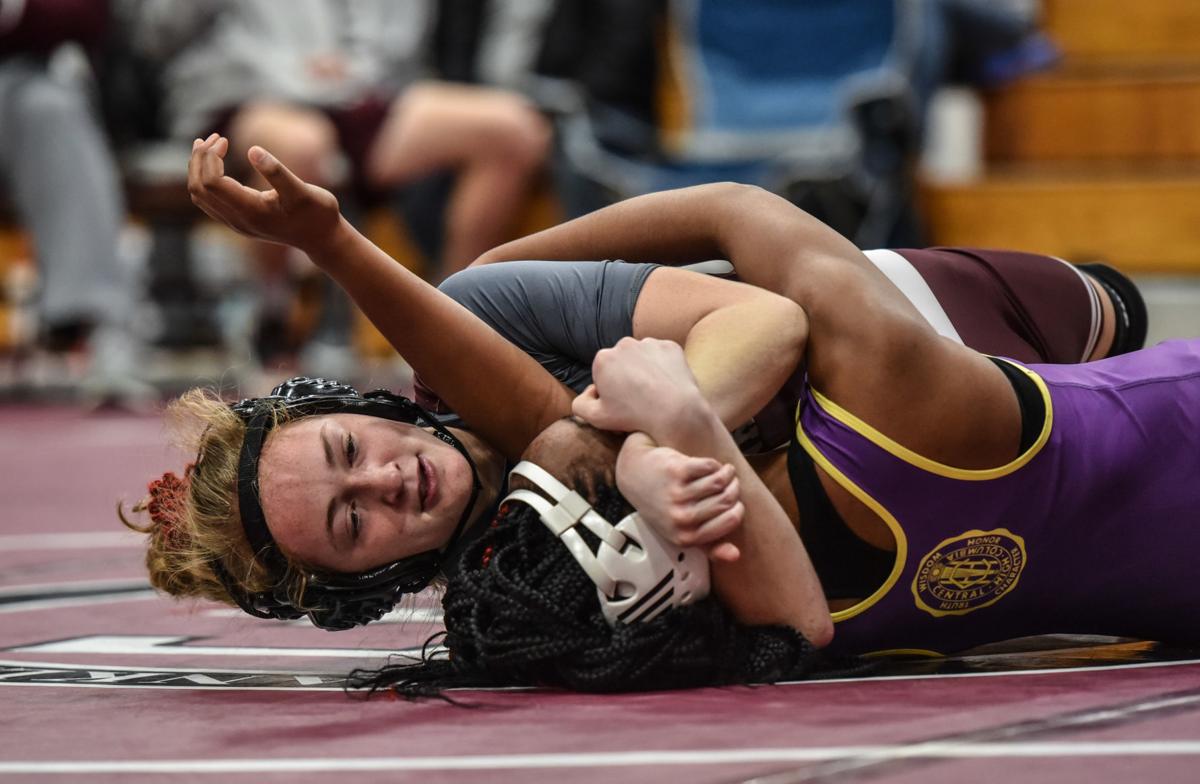 Franklin High School’s Annalise Dodson suffered a late season injury but earned the WillCo Award in girls wrestling after winning 21 of her 23 matches by pin. 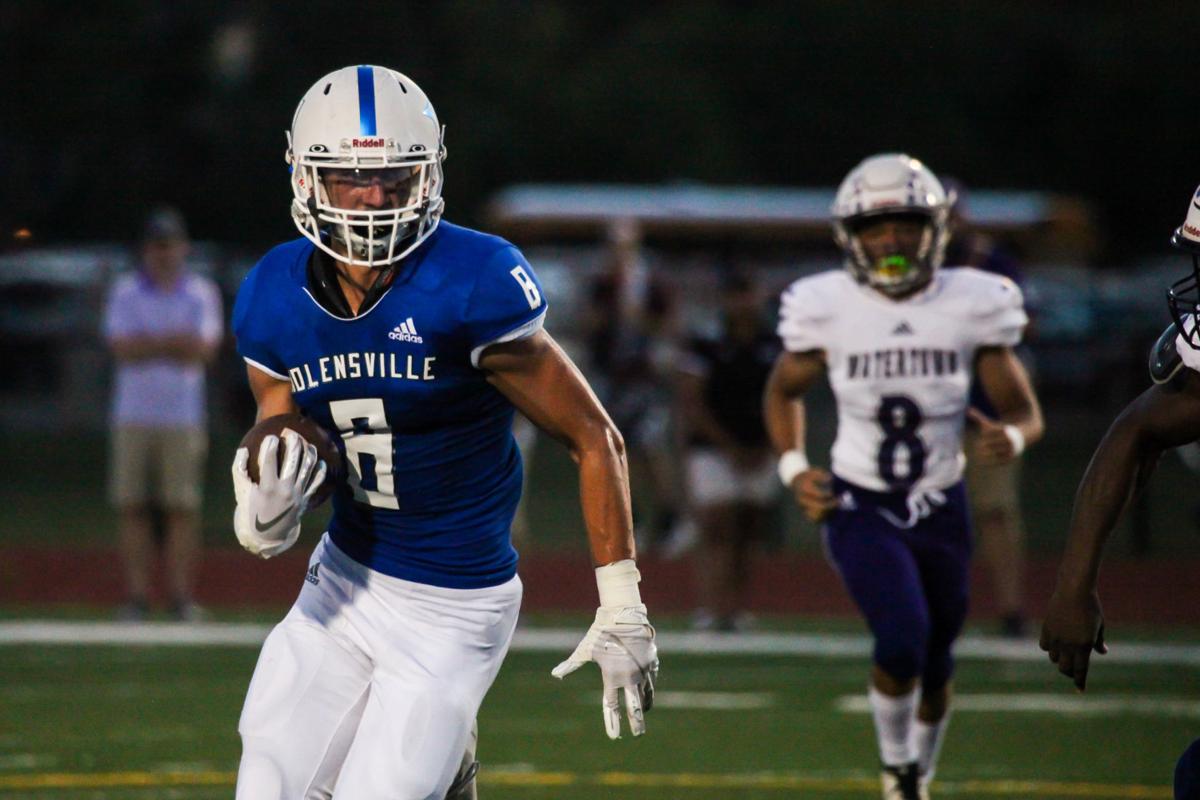 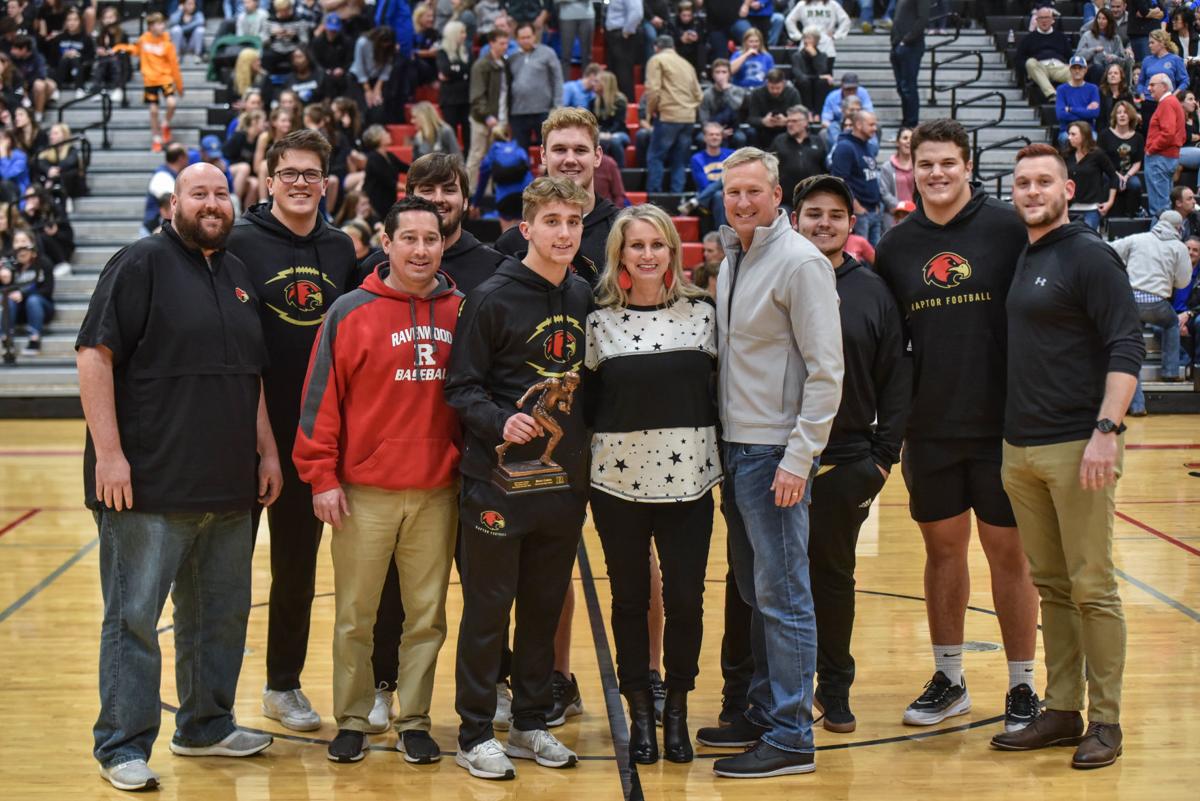 Ravenwood High School’s Brian Garcia added the WillCo Football Player of the Year award to his extensive resume as a Raptor. In January, the senior was named the Amplify Awards/Gateway Tire of Franklin Player of the Year Award for football and had his parents, football coaches and the Raptors offensive line join him during the presentation.

Franklin High School’s Annalise Dodson suffered a late season injury but earned the WillCo Award in girls wrestling after winning 21 of her 23 matches by pin.

Ravenwood High School’s Brian Garcia added the WillCo Football Player of the Year award to his extensive resume as a Raptor. In January, the senior was named the Amplify Awards/Gateway Tire of Franklin Player of the Year Award for football and had his parents, football coaches and the Raptors offensive line join him during the presentation.

Williamson County Schools celebrated the sixth annual WILLCO Awards Tuesday night with a virtual presentation awarding 18 winners, while honoring finalists as well as highlighting those who had their seasons cut short because of the COVID-19 pandemic.

Brentwood scooped up six overall awards to lead all schools, while Ravenwood grabbed four WILLCOs and Franklin had three. Darrin Joines, the WCS Athletic Director, hosted the event with Tate Mathews of 104.5 The Zone, and said he hopes the event “is the first and last online.”

“Next year, we hope we will be live and in person,” Joines said as the broadcast kicked off via Williamson County Television.

Due to the COVID-19 pandemic, the event was shifted from its home at The Factory at Franklin to an online-only celebration. Spring sports like baseball, softball and tennis were not awarded WILLCOs as their seasons were cut short due to the coronavirus, but they were highlighted with a special video message from coaches and administrators at the end of the awards show.

“It’s too bad we didn’t get the spring in because we’d have a lot more names in here,” Joines said in the broadcast. “We had a lot of promising seasons.”

“They’ve had to persevere through this and they will be better for it,” Mathews said of the young athletes, especially the seniors who missed out on a full season. “Hate that we didn’t get to see it, but excited to see where you end up.”

Brentwood softball coach Erica Powell was one of the coaches included at the end of the broadcast. She thanked her three seniors for all their hard work and dedication.

“We had three seniors,” she said. “They are captains. They are great leaders. They are great people … losing this season this year has made us all gain a better appreciation for when we get on the field whether we practice or play … we will miss you.”

“I know it’s been tough,” he said, adding that the large group of seniors was part of two regular season District 12-AAA titles and won more than 80 percent of their games. “I am most proud of what you have done off the field … we appreciate your service and remember, once a Rebel always a Rebel. We love you guys.”

The Rebels volunteered at Second Harvest Food Bank of Middle Tennessee as a team-bonding service act prior to the season.

Ravenwood boys soccer coach Adam Harris, like many other coaches, told his team to cherish their time together.

“Enjoy the time you have with your teammates and your coaches,” he said in his video message. “Take every opportunity you can to play and enjoy those moments because you never know what’s going to happen.”

Brentwood had four total wins on the girls' side, including rising senior Amelia Osgood, who guided the Lady Bruins to the Class AAA state basketball tournament. She edged out teammate Delaney Trushel and a pair of Nolensville basketball standouts – Grace Baird and Parker Leftwich – for the coveted WILLCO.

The Lady Knights had made their state tournament debut in Class AA on the hardwood and advanced to the state semifinals before COVID-19 worries canceled the completion of the tournament. Nolensville hosted a watch party in the school gymnasium Tuesday.

Coffey, who wrestled in the heavyweight division, edged out teammate and fellow state champion Johnny Mac Feldhacker (195 pounds) as well as third-place finisher Alex Ables (152) of Centennial and 138-pounder and state runner-up in Class A-AA's, Riley Bennett of Fairview.

Nolensville's Tim Coutras, a Mr. Football winner, earned the WILLCO on the defensive side of the ball, beating out a group that included finalists Myles Dawson of Ravenwood; Jaylen Herrud of Summit and Xiere Howard of Brentwood.

"Congratulations to the winners and the finalists," Joines said. "We are all very proud of you."

The full list of 2020 WILLCO Award winners is included below.

Before Skylar Coffey’s first track and field meet this year, the COVID-19 pandemic essentially ended his senior season before it even started.…