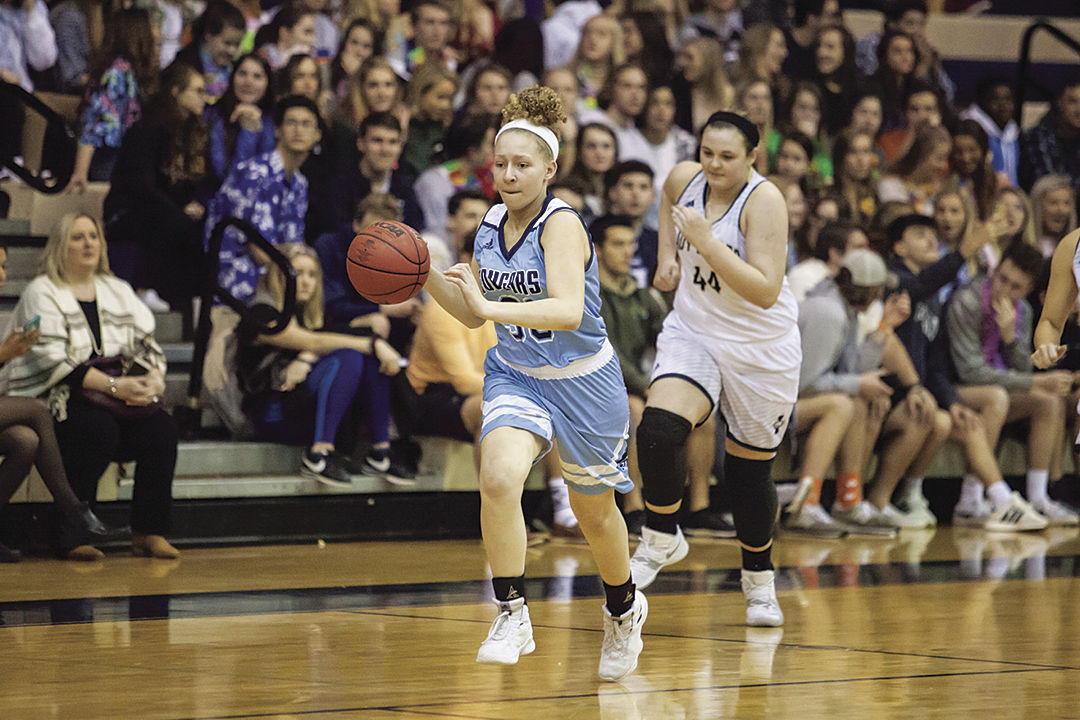 Centennial sophomore Tyra Petway is one of the top returners for the Lady Cougars. 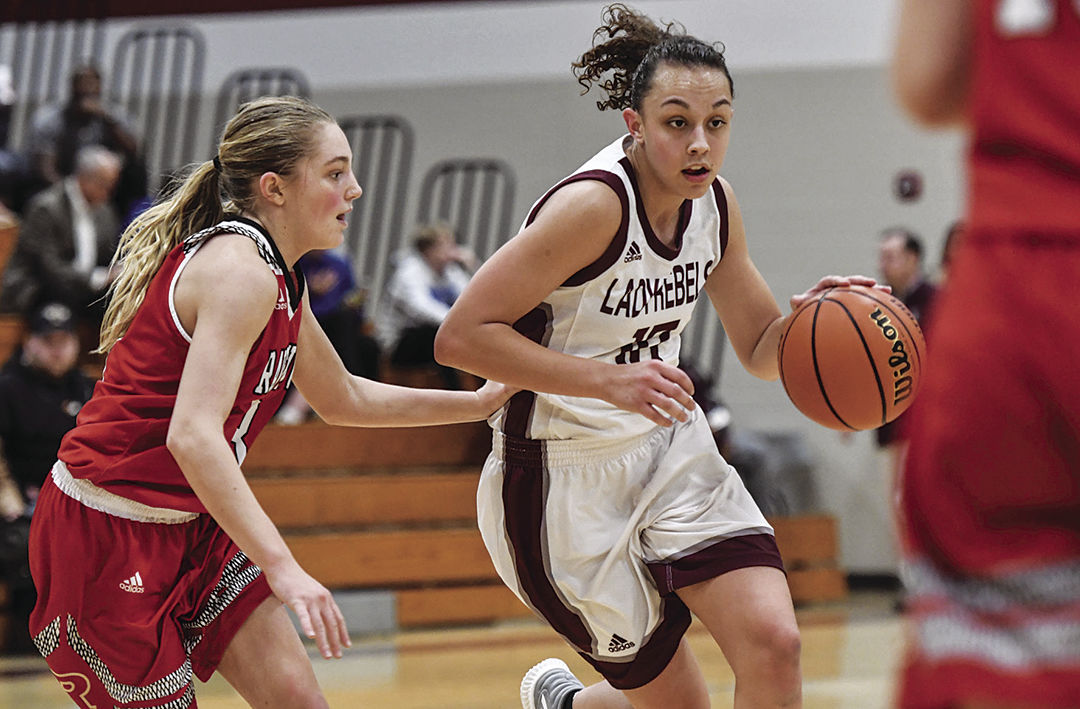 Sydney Ryan led Franklin in scoring as a freshman last season. She said she’s been working on getting her shot off quicker and building strength since last season. 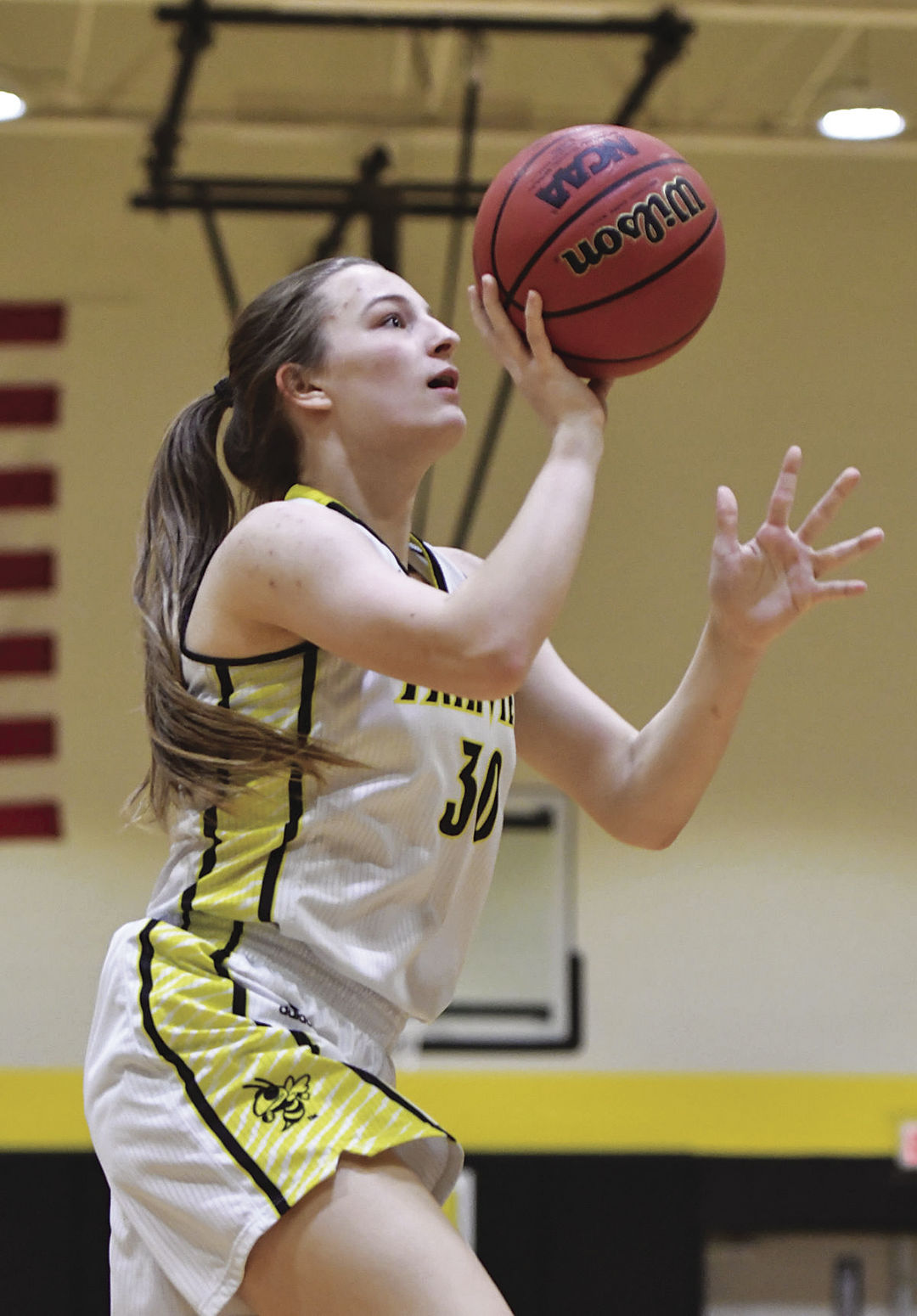 Kelsey Gossage and the Fairview Lady Yellow Jackets return all starters from a season ago. 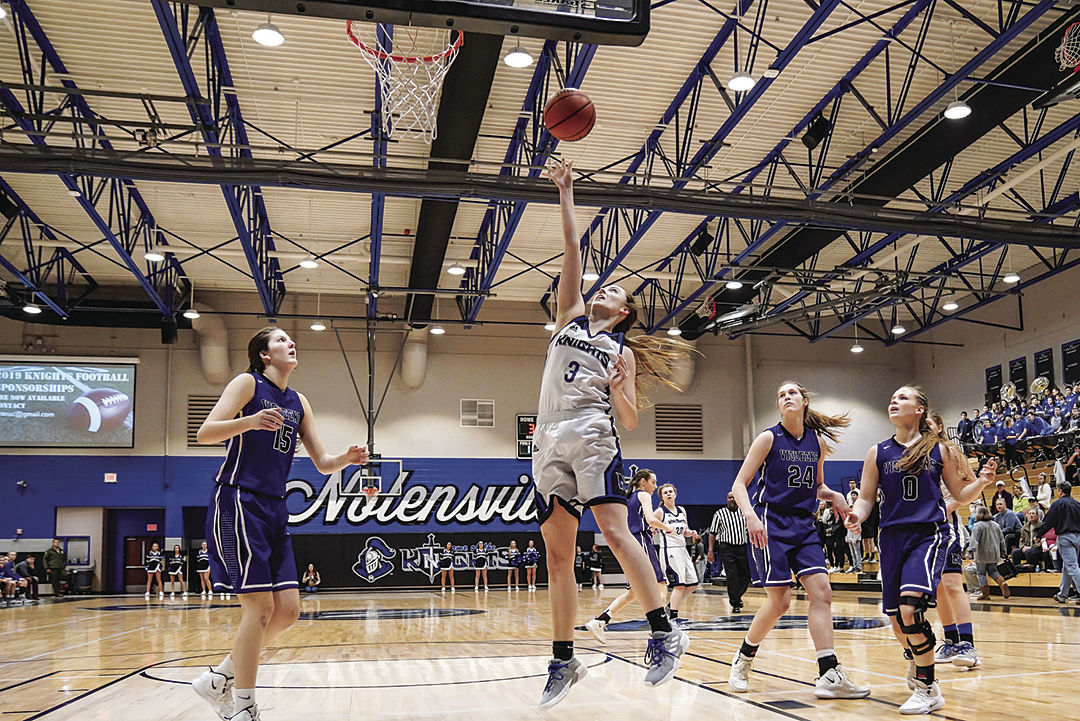 Grace Baird and the Nolensville Lady Knights have produced back-to-back 20-plus win seasons. 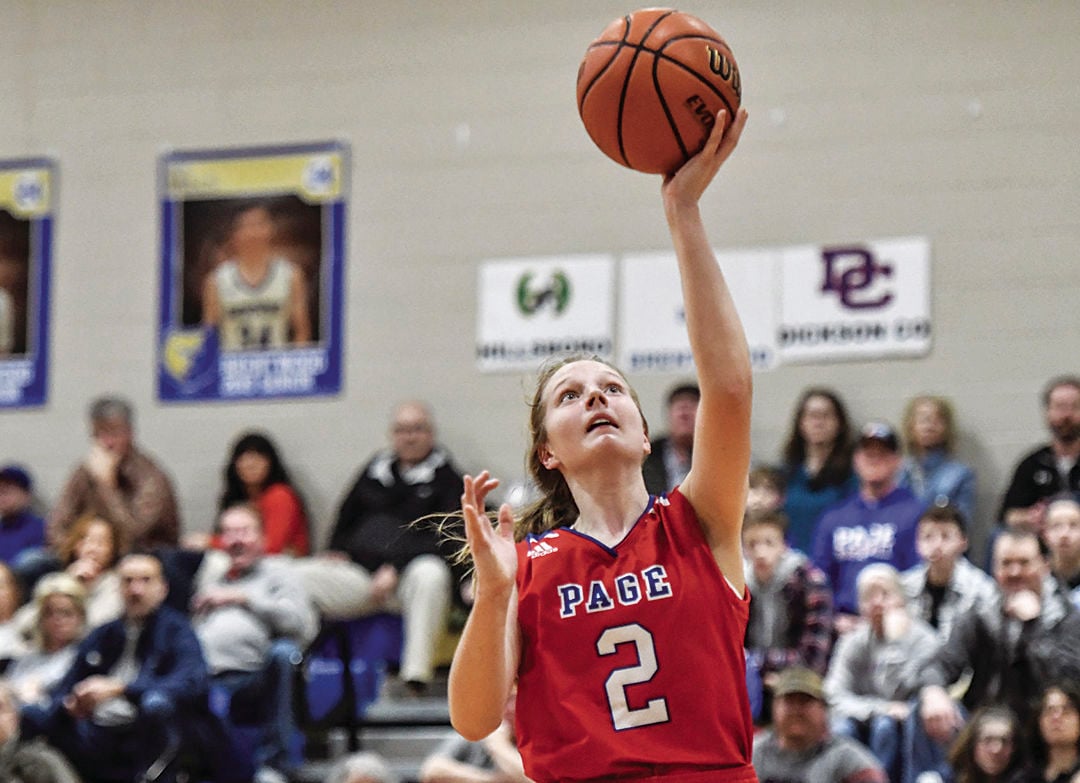 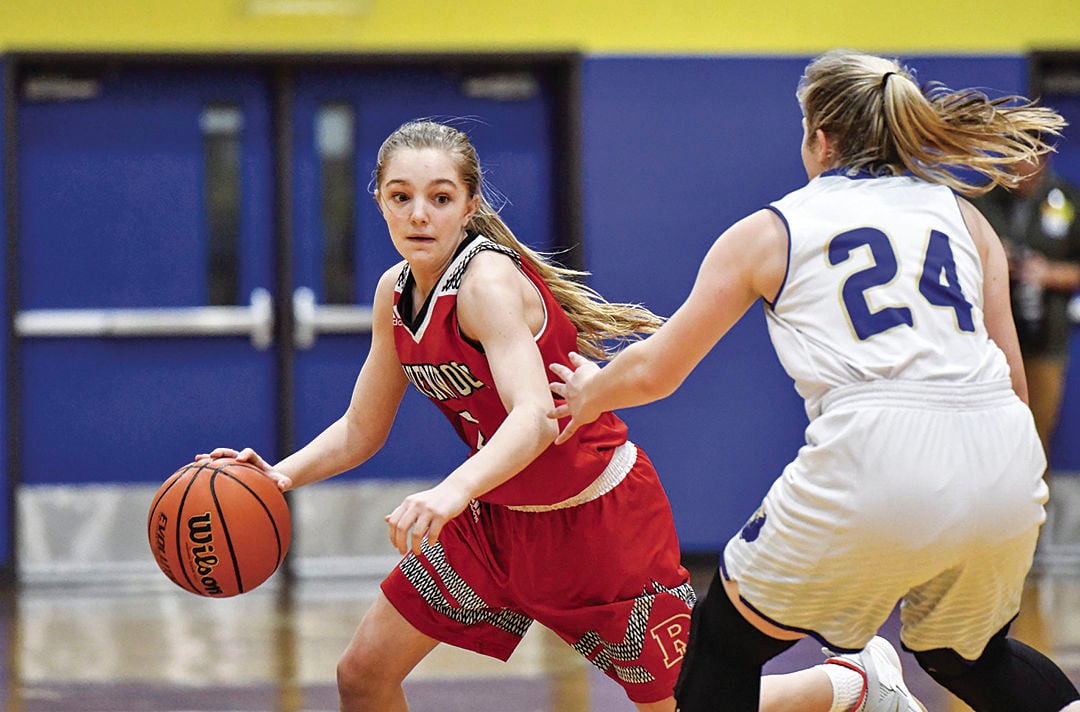 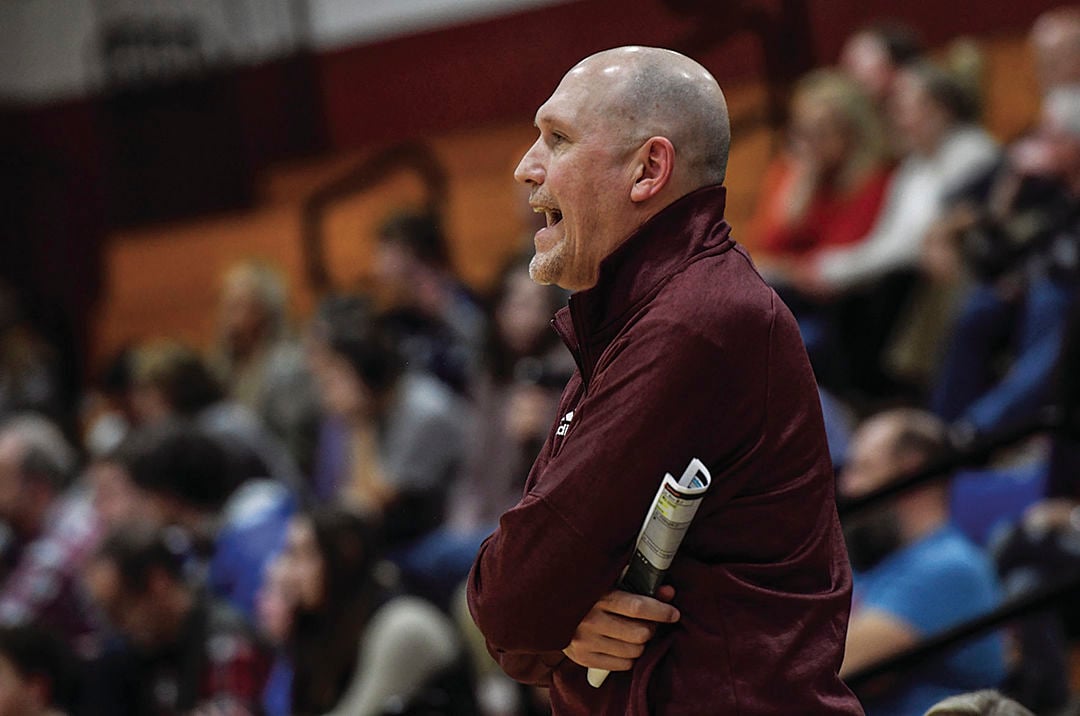 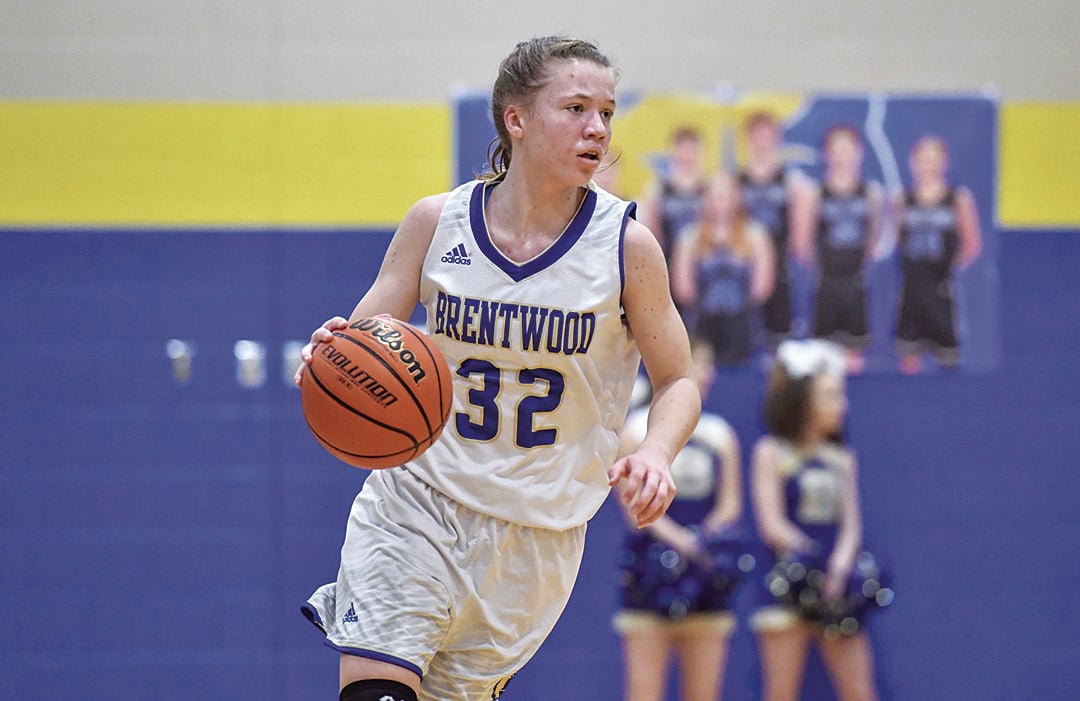 Centennial sophomore Tyra Petway is one of the top returners for the Lady Cougars.

Sydney Ryan led Franklin in scoring as a freshman last season. She said she’s been working on getting her shot off quicker and building strength since last season.

Kelsey Gossage and the Fairview Lady Yellow Jackets return all starters from a season ago.

Grace Baird and the Nolensville Lady Knights have produced back-to-back 20-plus win seasons.

Season outlook: The Lady Bruins bring back their top seven players from last season and coach Myles Thrash said the girls are ready to take the next step after falling in the region semifinals last season and missing a state berth the season before with a Class AAA sectional loss. “We have great expectations this year,” he said. “We look forward to trying to make it to the state tournament … that’s our goal and we feel like we have the team to do it.” Osgood continues to turn heads on the recruiting stage and is one of the top players in the state, Thrash said, while the Trushel twins recently signed to play college basketball at the University of South Carolina Aiken. “We have the talent,” Thrash said. “We just have to put it together.”

Players to watch: Sheraton Foster, So.; Harper Klein, So. Tyra Petway, So.

Season outlook: Simmons said his team is looking to improve on its record from last season. The Lady Cougars managed just one win in district play, but with Foster, Klein and several others returning with another year of experience under their belt, Centennial can show improvement in the tough district. “These girls have been working very hard and they are getting better,” he said. “I like what I see. The offseason was all about development. It may take a while to gel and get where we want to be, but we remain focused.”

Season outlook: The Fairview girls return a big group of freshmen from last season and also will get a huge boost from Mullens, who missed more than half of last season after suffering an ACL injury. The Lady Yellow Jackets return every starter from a season ago. Bierley and Gossage bring size to the team, while Mullens, Spicer and Dillingham can extend defenses. “I think we will definitely see improvement this year,” McGowan said. “I’m excited for this team.”

Season outlook: The Lady Rebels welcome Johnson back to the sidelines where he spent 10 years as Franklin’s boys coach. The lifetime Rebel, who played on the 1989 state championship Franklin team in high school, will boast a group of girls without a senior but with some proven young talent in Ryan, Allee and post player O’Neil. “I think they are very talented,” Johnson said. “We still look young at times, but you want to playing your best basketball in February, and by that time, I don’t think we will be taking about youth anymore.” When asked about coaching girls over boys, Johnson joked, “The girls are a lot nicer.”

Season outlook: The Lady Eagles lost six seniors from a team that went 4-12 in district play last season. Glasner, who spent last season as an assistant for the Indy boys team, will take over a team that hasn’t produced a winning season since 2013. The new coach will have plenty of young talent to mold with big sophomore and junior classes. He has just two seniors in Anna Katherine Davis and Kayla Miller. “We are trying to get better every day and have been talking a lot about culture,” Glasner said. “We are keeping each other accountable and have good chemistry while pushing one another to improve each day.”

Season outlook: The Lady Knights return the bulk of a team that narrowly missed playing for a region crown and has gone 45-15 in two years with back-to-back 20-win seasons. Ladd has five seniors who have all made significant contributions to the program back for the 2019-20 campaign. “We have some large expectations to do some big things this year,” he said. The Lady Knights lost Piller to a knee injury late last year and had to essentially find a new identity over the final push in the regular season and in the postseason. Piller returns along with leading scorers Baird, Mickulin and Leftwich. “We had huge expectations and fell short last season,” Ladd said. “It’s exciting to be back and see what we can do.”

Season outlook: Wilson, one of just two seniors on a still-loaded roster, may have said it best. “Last year was a great year, but we want to be even better this year,” she said. The Lady Patriots set some school records last season, led by do-all player Faith Wilken, who is now playing at Trevecca Nazerene, and aim to keep the momentum going. Faith’s younger sister Lili was also named to the all-region team last season and is joined by guards Noe and Cochran in the backcourt. The trio cause havoc against opposing ball-handlers and know how to dictate the pace of a game. Wilson plays inside and outside and anchors the middle defensively. “We’re excited about the season,” Brock said. “We are definitely interested to see how everything unfolds on the court.”

Season outlook: James will lead the new-look Lady Raptors as Ravenwood emerges from a five-year run under coach Mariska Harris that produced three consecutive Class AAA sectional berths and the program’s first state berth in 2018. Despite losing three starters to transfer and one to graduation, Ravenwood is boosted by transfers Chazmin Brown, formerly of Cane Ridge, and Reghan Grimes, formerly of Mt. Juliet. “We have a family-orientated culture established already and that has helped make my transition really easy,” said James, who served as an assistant on Ravenwood’s boys team for the past eight seasons. “I think our team chemistry has gotten better with our team bonding and we are just excited to get going,” Lady Raptor point guard Erickson added.

Season outlook: After being coached by a Goodwin — Josh or wife Kari — in six of the eight seasons leading up to this year, Summit will transition to former Franklin girls coach Wild in 2019-20. Wild has amassed more than 550 wins in his career and went 43-16 in two seasons at Franklin. He inherits a team that returns four of five starters and battled into the middle of District 11-AAA before falling to Brentwood in the quarterfinals. “Summit has been right on that fringe,” Wild said. “They are winners. … I’m looking forward to going to fight with these kids.” He said Penning and Andersen are two of the top guards in the district. “I think it will be a good change for us,” Penning said of coach Wild’s hiring. “We trust him and we have his back.”