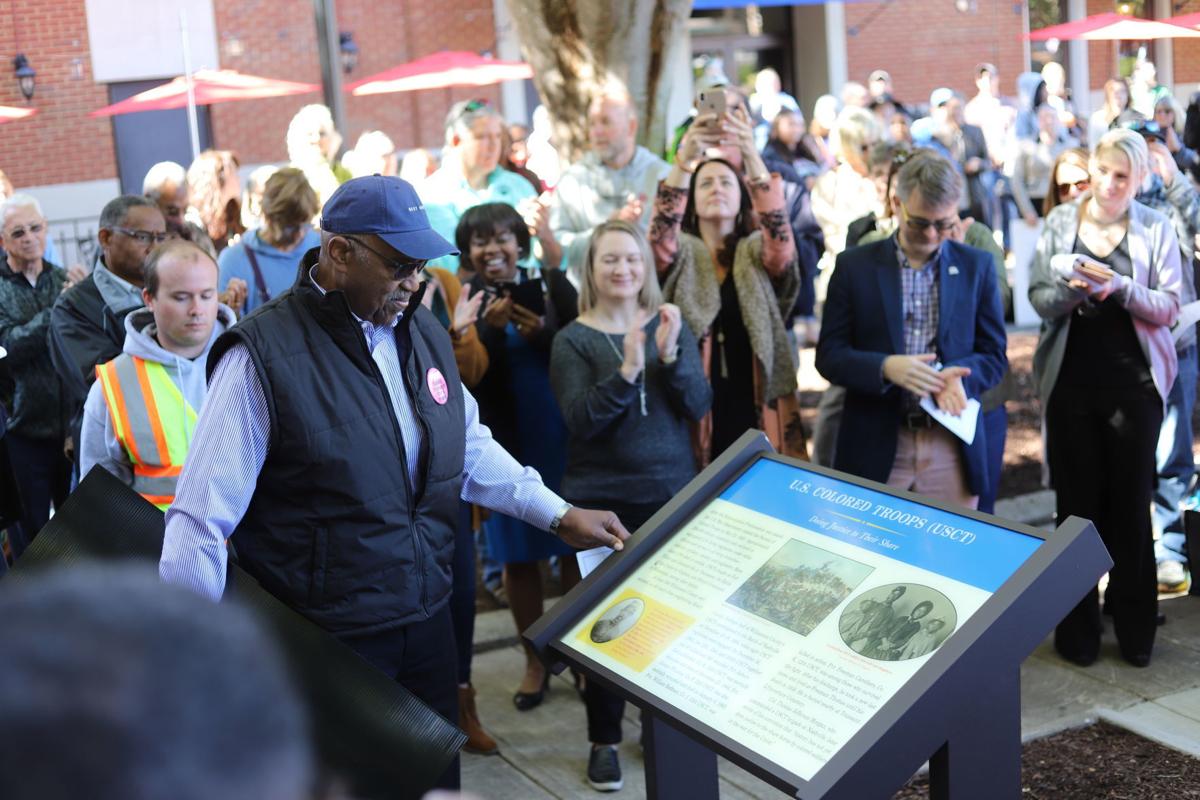 Hewitt Sawyers, pastor of West Harpeth Primitive Baptist Church, unveils one of the five Fuller Story markers at the unveiling ceremony in October of 2019. 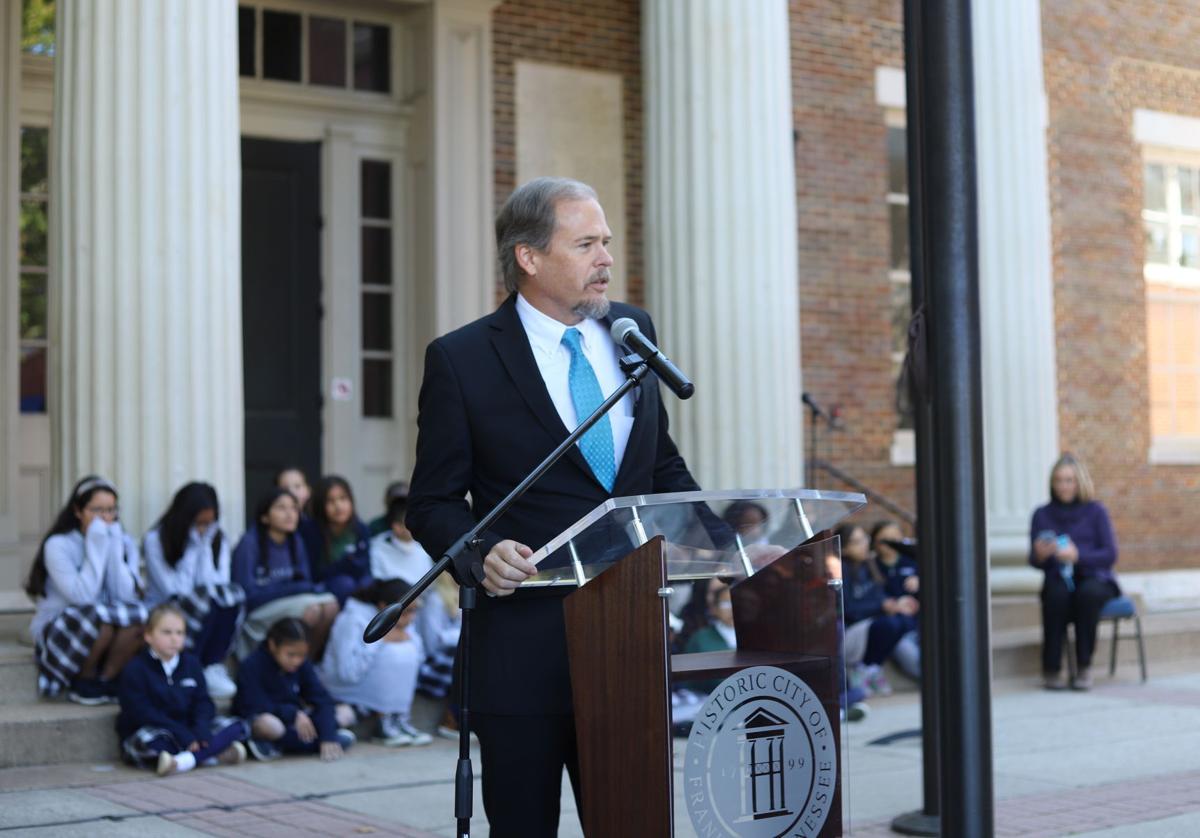 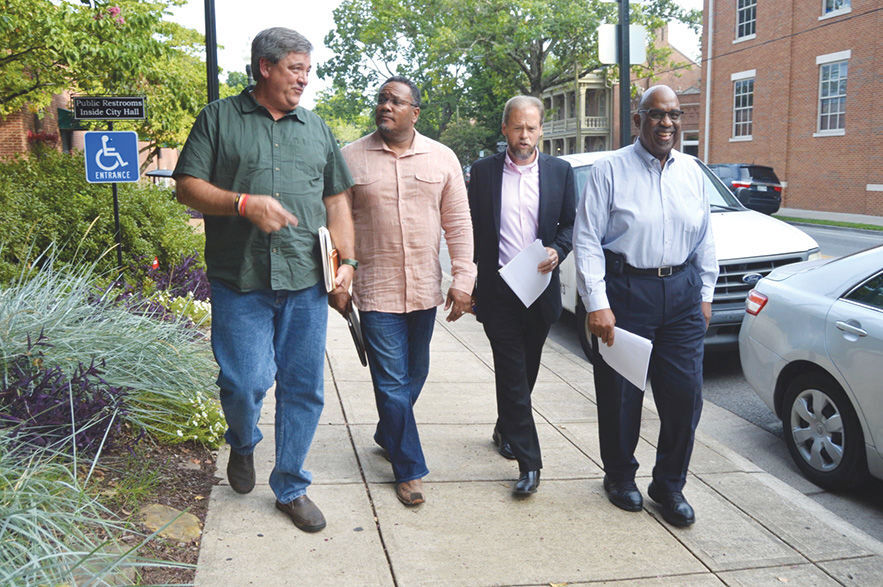 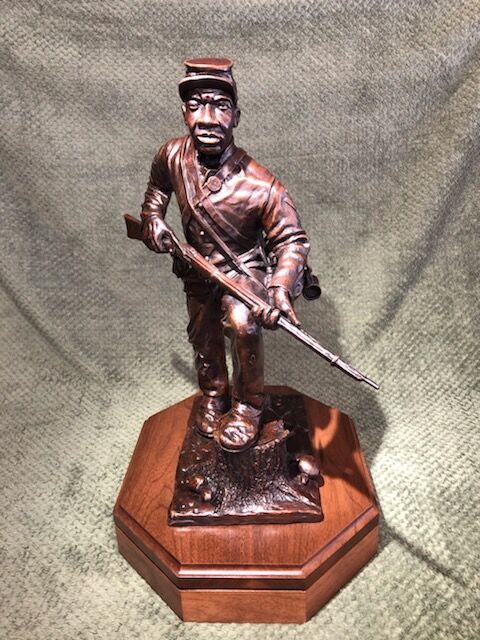 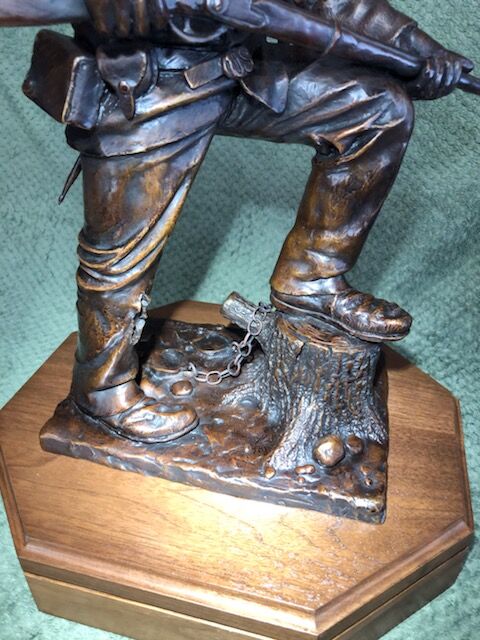 Hewitt Sawyers, pastor of West Harpeth Primitive Baptist Church, unveils one of the five Fuller Story markers at the unveiling ceremony in October of 2019.

The Fuller Story initiative in Franklin is reaching its conclusion, but the impact from the project is far from its end.

Joe F. Howard, a sculptor, is creating a statue of a U.S. Colored Troops soldier that will be unveiled in front of the historic Williamson County Courthouse, across from the Confederate monument, on June 19.

This installation comes after local pastors, city leaders and community members came together for the installation around Public Square of five markers that tell the story of the Battle of Franklin and detail experiences of African Americans during the Civil War.

“For me personally, the statue is the most important piece, and I imagine I’ll be emotional on that day,” said Kevin Riggs, pastor of Franklin Community Church.

In 2017, after a white supremacist rally in Charlottesville, Virginia, turned violent, Riggs along with Battle of Franklin Trust CEO Eric Jacobson and two other area pastors, Hewitt Sawyers of West Harpeth Primitive Baptist Church and Chris Williamson of Strong Tower Baptist Church, devised a plan to tell parts of the Civil War story that had been left out of the narrative on display in the town square.

While many in the community were pushing to have the Confederate monument that stands in the center the square removed, the four decided to try to unify the community by instead putting something up. The five markers make up the first phase. The USCT statue, which represents the more than 178,000 African Americans who fought in the Union army, including at least 300 from Williamson County, will round out the second phase.

Sawyers, a Williamson County native, has said that in the past, when he would come downtown every Saturday as a child, the tall Confederate statue was one of the first things he would see. For him, the statue celebrated the Confederacy and was  a signal “that I was supposed to be in my place.” He says that the installation of the USCT statue will reflect that downtown Franklin is as much his place as anyone else’s.

“Now Franklin and the city square is not just a place where other people go to enjoy, go to look and have a sense of belonging,” he said. “The square now is for everyone.”

The Fuller Story project has received some criticism from community members.

Jacobson said that the controversy around Confederate monuments nationally and the USCT statue locally in addition to the Jan. 6 riot at the U.S. Capitol in Washington, during which a Confederate flag was brought into the building, shows that the impact of the Civil War has stretched more than 150 years into 2021. He said that it’s necessary to continue talking about it because America has a history of denying the truth and the Fuller Story can play a part in broadening the narrative by telling the truth.

The Confederate monument on the square features an inscription on the base. It reveals that supporters of the Confederacy thought there was “no cause more noble.”

“They were making a statement in 1899 (that) the Confederate cause was more noble than the cause of the founding of the United States of America. That’s astounding,” Jacobson said.

The placement and details of the USCT statue are also significant. The county courthouse was where Black soldiers went to enlist in the Union army and, disturbingly, where public lynchings took place.

Riggs said that while the statue of a Confederate soldier sits atop a 37-foot pedestal, it was important to make the USCT statue accessible.

“We wanted it low enough where people could look the soldier in the eye, and people could get their picture taken with it, kind of bringing the hero down to where we could meet the hero,” he said.

Williamson said that the new piece of art is meant to look both rugged and powerful.

“(Howard) wanted to create a piece that has texture to it and a sense of earthiness to it, so he wants it to look a little rough because he’s portraying a person who has been in war,” Williamson said.

He said that when Howard sent him the maquette for the statue, he noticed that the scale of the soldier’s hands, feet and head were a little larger than true human proportions.

Additionally, the soldier has one foot on shackles over a tree stump to represent liberation and triumph over bondage.

Like Sawyers, Williamson says that the statue and the knowledge from the Fuller Story narrative gives him and his children a sense of pride in the square.

“It made my head lift up higher. It made my eyes brighten up. It caused me to stick my chest out,” he said. “If that happens to me, what will it do to an elementary school kid to get that other version, that other view of what the war was about and the people who helped fight to bring freedom?”