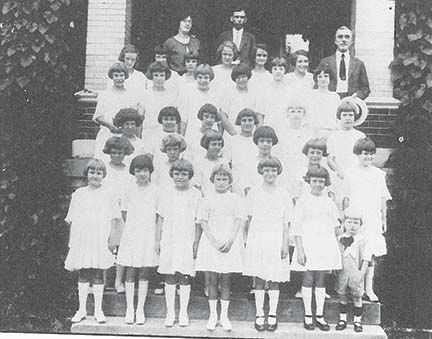 Children living at the Tennessee Baptist Children’s Home  stand in front of the Little Girls Dormitory in the 1920s. 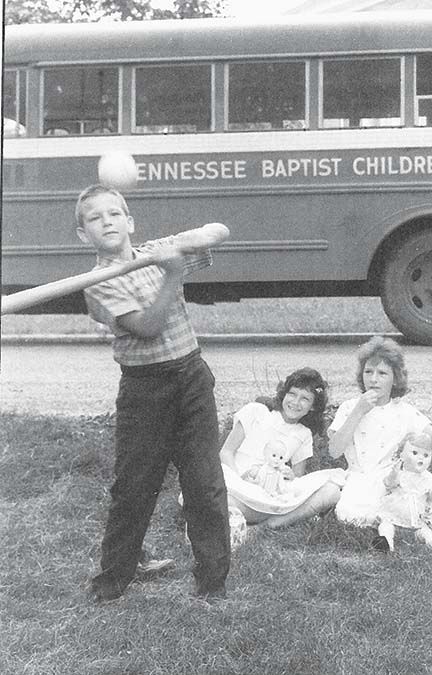 A youngster shows off his baseball skills at the Tennessee Baptist Children’s Home in 1963.

Children living at the Tennessee Baptist Children’s Home  stand in front of the Little Girls Dormitory in the 1920s.

A youngster shows off his baseball skills at the Tennessee Baptist Children’s Home in 1963.

In the spring of 1891, Georgia Eastman, a Nashville resident and member of the Baptist faith, prayed for help. She was concerned about the “unprotected” children she saw living on the streets growing up without leadership, an education, proper nourishment for their bodies and their souls, but most of all, without love.

Eastman yearned to open an orphanage. She finally voiced her wish to her husband, expecting him to suggest she take time to develop a plan and raise the necessary funds and support. Instead, he encouraged her to do it.

So she did. With help from a dedicated committee of women and the support of Nashville-area Baptist churches, a facility was found, prepared and six months later, on Nov. 16, 1891, the Tennessee Baptist Orphan’s Home opened in the former Hotel Delaware in West Nashville. They had four children.

Within a year, 28 children had entered the home.

The home was created by a leap of faith, and it was faith that saw it through several difficult times – when funds were slow to come, sickness hit and decisions regarding the mission needed to be amended. The mission of providing for the “unprotected child’s body and soul” and providing love never changed.

Within a few years, they discovered the missing piece in the mission was preparing the children with skills for life outside the home.

A passionate letter, the fourth of its kind, was sent to the Tennessee Baptist Convention in 1903. It had accepted the home as a part of the convention in 1894. In the letter, the Tennessee Baptist Board of Directors stated, “... to allow these boys to grow up and go out into the world without some intelligent means of livelihood is a crime against them and against society; ... and our work ...”

The request was for a farm to teach the “fundamental virtue of industry.”  Girls were learning how to make a home by contributing to the daily up keep of the TBOH, which was considered sufficient during that era.

On Jan. 10, 1911, a 75-acre farm was purchased – the same farm on Franklin Road in Brentwood on which the Tennessee Baptist Children’s Home is still located. An additional 25 acres were added years later.

The property belonged to Major C.T. Cheek, of the Maxwell House Coffee family, who donated $5,000 towards the $12,000 purchase price.

Eighteen months later, the TBOH moved from a Nashville hotel into a new facility, with room for 200 children in three dormitories – one for girls, one for boys and another for infants. There was also a dairy barn, a water plant and a team of mules.

Within months, the home had become self-sufficient, and two-years later, it housed 80 children. The staff provided a disciplined, loving atmosphere, a feeling of safety and gave them a purpose.

Eventually, a school, hospital and other auxiliary buildings were added to the campus.

During the past 128 years, some things have changed. Agriculture started to play less of a role, and in the 1970s, family-style living replaced dormitories.

“We realized a good home and a family atmosphere was better for the kids,” said Jeff McGinnis, vice president of ministry advancement.

Up to eight children aged 5-18 live in a home with two “houseparents.” They attend local public schools and some participate in extracurricular activities.

The campus has a playground; outdoor pool; a multi-use building with a game room, meeting hall, library and basketball court; and an on-site commissary.

“We care for kids in crisis,” McGinnis said. “This is a voluntary placement facility. We don’t take children in state custody.”

Todd and Brandi Cothran are houseparents to six children and parents to their daughter, Hannah.

“Everybody has chores,” Brandi Cothran said. “We are very structured. When they come home from school, they have an hour and a half of free time, one hour for homework or reading, supper, devotion and bedtime.”

Because TBCH receives no government funding, it can expose the children to the word of God.

“The focus is about kids who come from very hard places,” McGinnis said. “Really good kids who have done nothing to get here.”

In recent years, an Independent Living Program for children 18 years old who age out of the residential program has been added to the program.

Much like other young adults, “They have the option to transition into adulthood,” said McGinnis.

The young adults live in an apartment on campus and either continue their education or work. They are provided financial guidance and counseling. If they have a job, they pay rent, which is returned when they move on. They are responsible for their personal expenses, but continue to get the love and support of the TBCH staff.

The mission of providing “children in hard places” with a loving, disciplined environment where they can thrive and become responsible and successful members of society remains constant.

The need to provide for “children in hard places” continues to grow, and so does TBCH. Additional campuses were opened in recent years in Bartlett, Millington and Chattanooga along with cottages in Oakdale and Kingsport, and the idea has spread to other states.

For more information about TBCH, go to www.tennessseechildren.org.