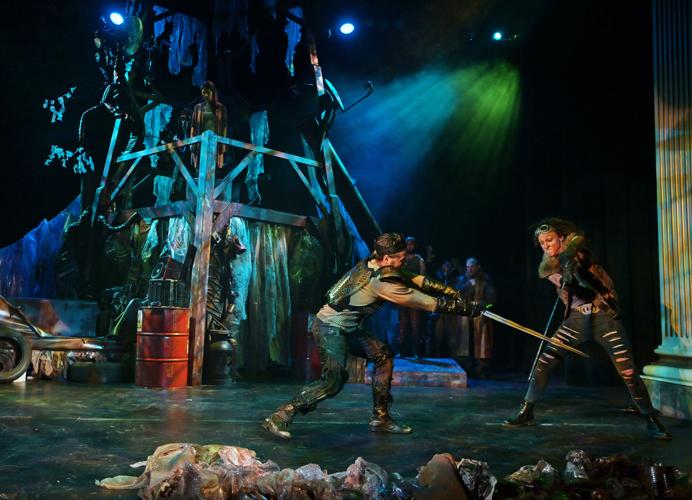 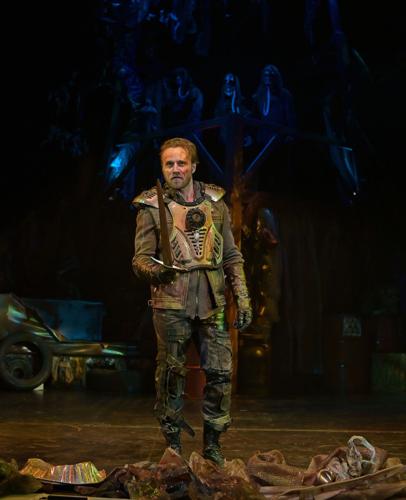 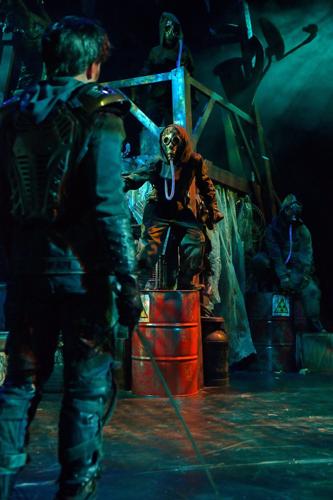 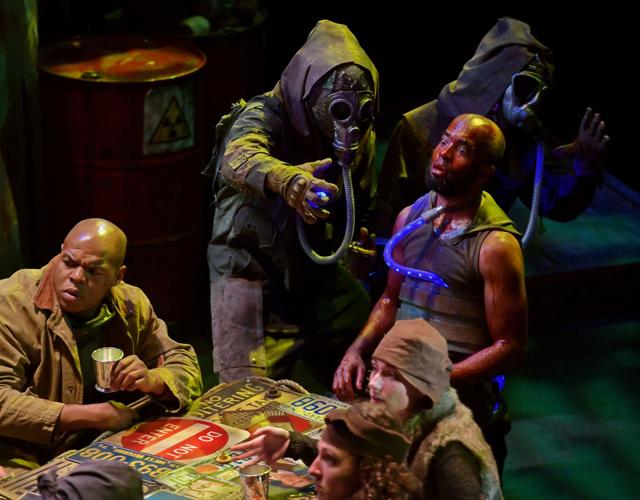 The Nashville Shakespeare Festival’s winter Shakespeare production, “Macbeth,” one of the bard’s darkest and most famous tragedies, will travel to Franklin’s Academy Park Performing Arts Center from Jan. 30-Feb. 2.

Set in an unforgiving, post-apocalyptic world, the warrior Macbeth, spurred on by a supernatural prophecy and his power-hungry wife, is driven to murder and ultimate madness in his unrelenting quest to gain and keep the throne.

David Wilkerson, a longtime NSF collaborator and local actor/director/fight choreographer who teaches in the MTSU Theatre Department, edited the text and also directs the play.

“This ‘Macbeth’ is an exploration of those moments that tempt us to deny the humanity in others, thus throwing away a piece of our own,” he said. “In this defiled world, our choices can ease the corruption and the power of the creatures that feed on it, or our actions can add to it.”

Creating the eerie, ruinous, physical world of “Macbeth” is set designer Jim Manning, lighting designer Anne Willingham, costume designer Jocelyn Melechinsky and props designer Amanda Creech, and composer Evan Wilkerson will design the sound. The many battle scenes and murders in the play will be co-choreographed by fight director Carrie Brewer and Wilkerson.

Performances at Franklin’s Academy Park Performing Arts Center (112 Everbright Ave.) will be Jan. 30-Feb. 2 at 7:30 p.m. Tickets are $30 in advance and $33 at the door. Purchase $100 VIP Royal Packages (which include reserved parking, prime seating and other perks) at nashvilleshakes.org.

All of NSF’s programming is supported in part by the Tennessee Arts Commission and Metro Arts. The National Endowment for the Arts in partnership with Arts Midwest presents Shakespeare in American Communities. The Nashville Shakespeare Festival is one of 40 professional theater companies across the nation selected to perform a Shakespeare play with a professional team of actors for middle and high schools and conduct related educational activities for students.