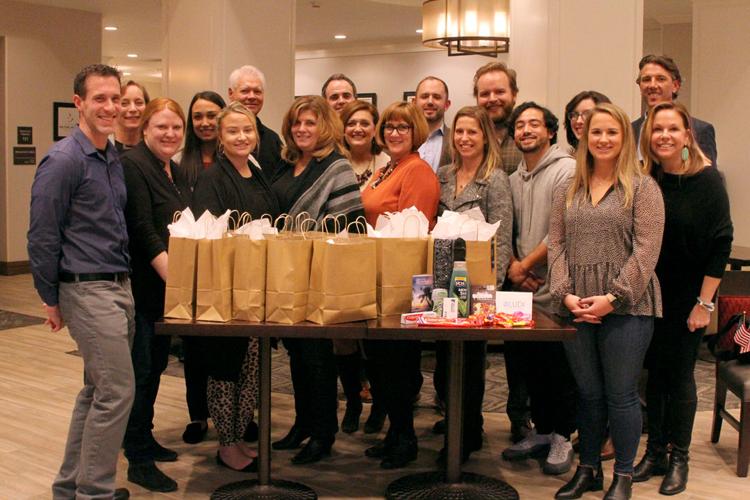 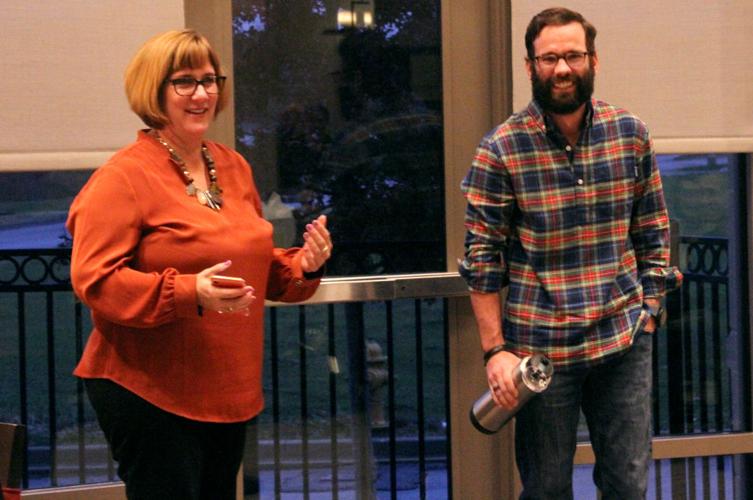 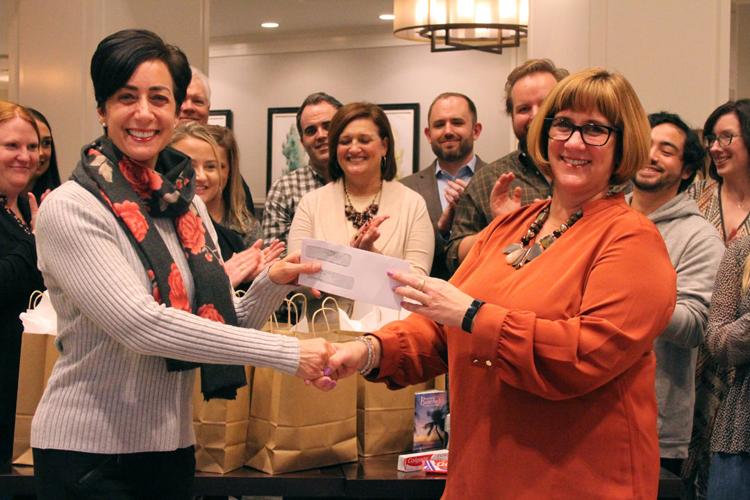 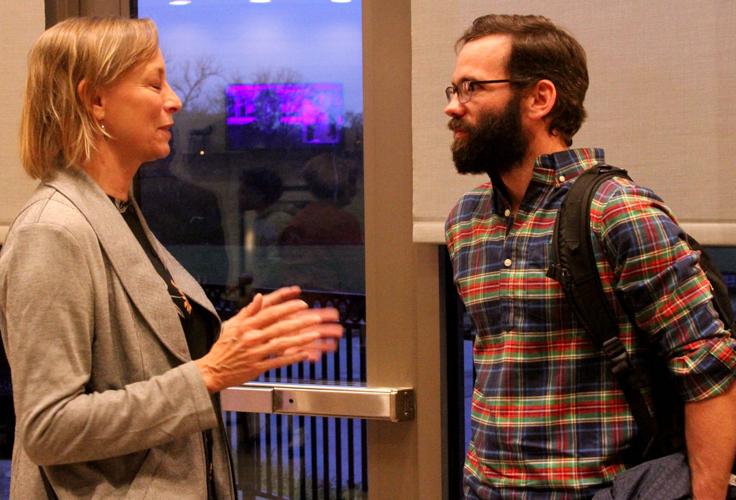 The employees of Ludi Inc., a Nashville-based healthcare technology and physician advocacy company, get together twice a year for a retreat and to take part in team-building exercises.

With one such gathering occurring last week, the group wanted to do something to honor U.S. veterans.

Nancy LeQuire, an office manager for Ludi, recently contacted Jeanine Hinkle, veterans service officer for the county, to tell her that Ludi wanted to come up with an activity.

On Veterans Day, after everyone arrived at the Hampton Inn & Suites in Berry Farms, they filled bags with personal care items such as shampoo, toothbrushes, toothpaste, deodorant, date books, pens, candy, gift cards and handkerchiefs — items Feliciano said participants often need when they first enter VTC. Each bag also included a personalized note of encouragement for the participants’ continued journey and expressions of gratitude for their military service and hope for their future.

Once that team-building exercise was completed, Gail Peace, Ludi’s founder, president and CEO, presented Hinkle, in Feliciano’s stead, a check for the court program, which receives no government funds except for grants.

Veterans treatment court gives military veterans who have turned to drugs and alcohol a method to combat trauma, to reboot and to learn to address the root issues and stressers that trigger a need for drugs and alcohol.

Pat, a VTC participant, is a Brentwood High graduate who joined the Marine Corps and was twice deployed to the Middle East.

“When I came home, I couldn’t deal with post-deployment,” he said.

By February 2017, the Marine was a homeless alcohol and drug addict living in a Toyota 4Runner near the fairgrounds in Nashville. He was filled with rage and looking for a fight.

“How did I get here?” he asked himself. “From living in an amazing place to sleeping on a rubber mat and wearing an orange jumpsuit.”

A public defender suggested Pat go into the VTC program.

“He gave me a pamphlet,” Pat said. “Others in jail tried to talk me out of it ... but I knew there was no way I was getting out of jail soon. Life couldn’t have gotten any worse. I accepted where God wanted me to go.”

In VTC, Pat found hope and the help he needed to adjust to civilian life.

“Now I work for an amazing company, I have a phenomenal girlfriend, a great church and my family is talking to me,” he said. “Life is great.”

Pat thanked the Ludi family for its generosity.

“It’s important to give back,” Peace said. “Since this retreat was on Veterans Day, we decided to do something to help veterans.”

A bootstrap company, Ludi began in 2012 as an idea that has found a niche as a “whole new way for physicians to get paid by hospitals,” LeQuire said.

The company has 24 employees in 10 field offices across the country and serves 225 hospitals and health-care facilities.

Ludi’s DocTime Technology Suite helps physicians keep track of their time and manage contracts and the financial end of their business while also helping hospitals streamline data and complex aspects of physician contracts.

“We work with hospitals to make sure contracts are fulfilled correctly,” said Peace, who added that the software allows physicians to handle paperwork more efficiently and hospitals to “avoid civil and criminal penalties for paying incorrectly.”