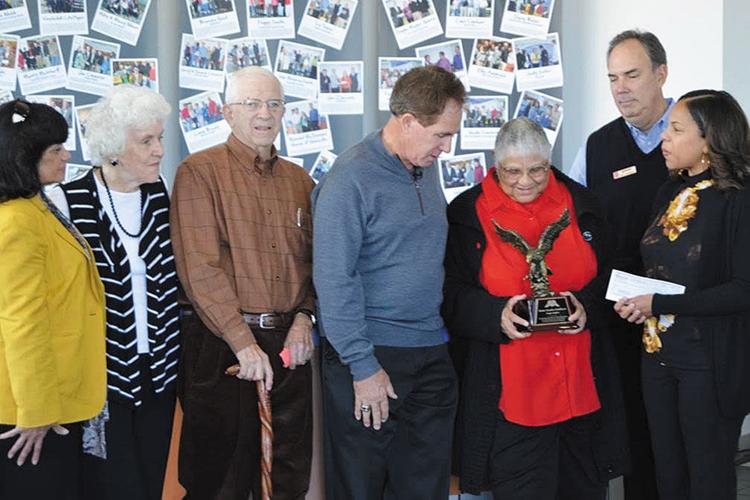 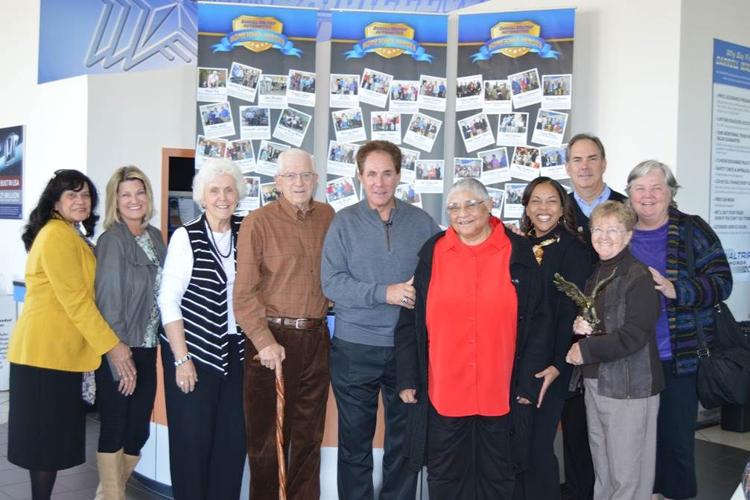 Buy Now
For more than 60 years Sister Sandra Smithson has been effecting the lives of others with her commitment to educating the underserved.
In 1992, Sister Sandra founded Project Reflect, a nonprofit organization in Nashville whose mission is “transforming urban America through education and policy reform.”
As Executive Director, in 2002 she strongly influenced passage of the first charter school legislation for the State of Tennessee. Under the new law, in August 2003 Project Reflect opened Middle Tennessee’s first free, public charter school, Smithson Craighead Academy (SCA) elementary school, which serves 240 children from low-income families who reside in the Davidson County area.
In honor of her work with Project Reflect and a lifetime of service to others she has been named a Darrell Waltrip Automotive Hometown Hero.
Sister Sandra is quick to give any credit to those she works with and the volunteers who have kept Project Reflect afloat for almost 25 years.
“A squirrel can put a nut in the ground but that doesn’t make the oak grow.  Volunteers create the oaks.  Volunteering is the closest to the heart of Christ that you can get.  Freely have you received, freely you will give.”
Today, Sister Sandra continues to work toward restructuring public education for grades K-12 in Tennessee, currently focusing on literacy and vouchers.
Her concentration, dedication, and humor on behalf of urban children, especially those from a culture of poverty, helping them gain the academic skills and character formation to become responsible, effective architects of their own lives and contributing members of their communities.
Her educational philosophy is “inform, reform, and transform.” Faith in a God of love colors all of her work. She volunteers daily for Project Reflect and Smithson Craighead Academy, and is a Corporate (governing) Member of Project Reflect.
“It’s a wonderful thing to be able to give back to a world who has given so much to you,” Smithson said. “My whole life has been gifts.”
For Sister Sandra, the greatest satisfaction is seeing former and current students fulfill their potential in life and give back to their communities. Her greatest privilege is establishing a climate in which the transforming power of God can work in the lives of children of poverty.
"Sister Sandra frequently says her goal is to help children become 'the architects of their own lives’,” said Joan Anderson who has worked along Sister Sandra for years.
“So many former students keep in touch with her that one would think she was cousin to the Pied Piper of Hamelin. Above all else, she is a life-long, faith-filled, and dedicated servant leader."
“These are the heroes we’re looking for, those who are behind the scenes,” said Darrell Waltrip during Sister Sandra’s Hometown Heroes presentation.
“Not those who are looking for their name in the paper but those who serve and serve others and do it not expecting anything in return.  Sister Sandra makes a great Hometown Hero for us.”
As a part of Smithson’s award Darrell Waltrip Automotive Group donated $500 to Project Reflect.
To learn more Project Reflect and Smithson Craighead Academy and how you can help visit ProjectReflect.org.
To watch Sister Sandra receive her award visit https://youtu.be/Wz63w8PtCcE
Darrell Waltrip Automotive’s Hometown Heroes is a monthly event honoring heroes in the Middle Tennessee area.  To learn more about the program or to nominate your hero visit DarrellWaltrip.com/Heroes.