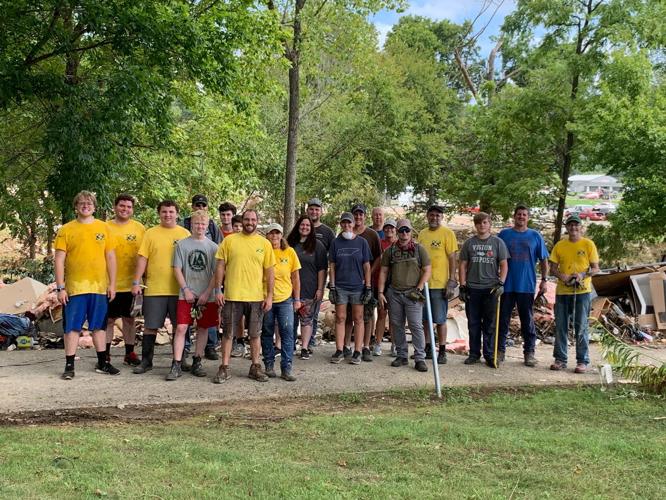 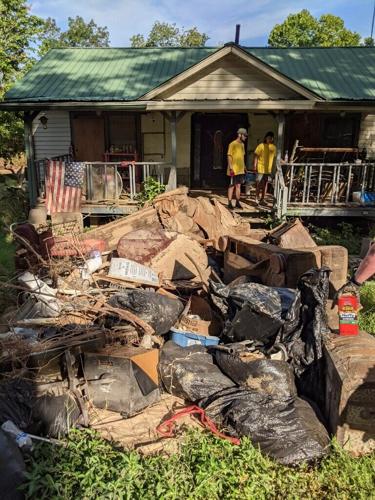 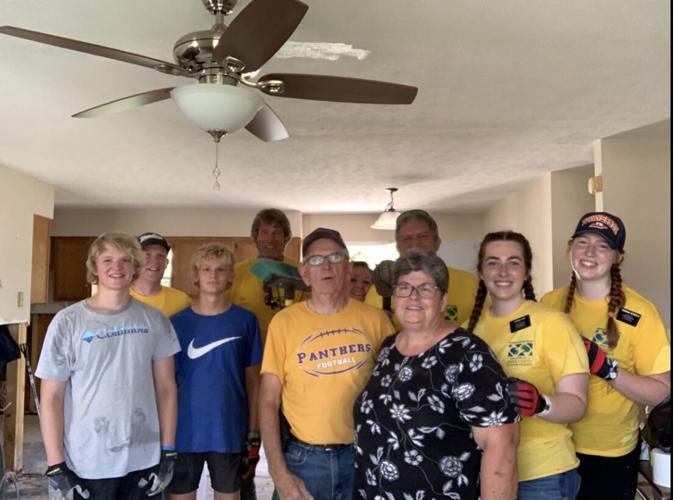 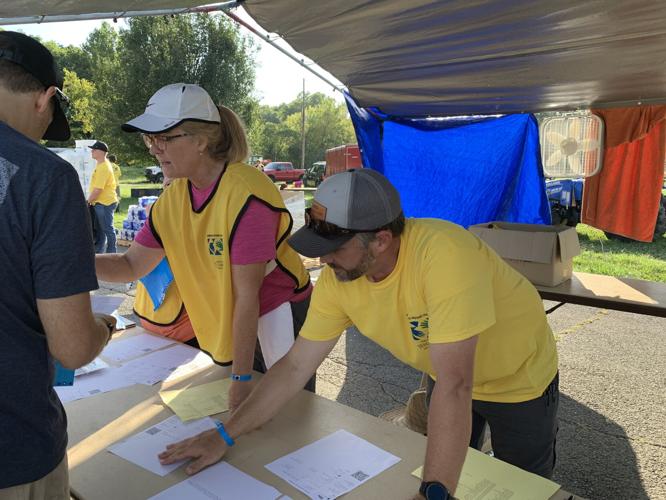 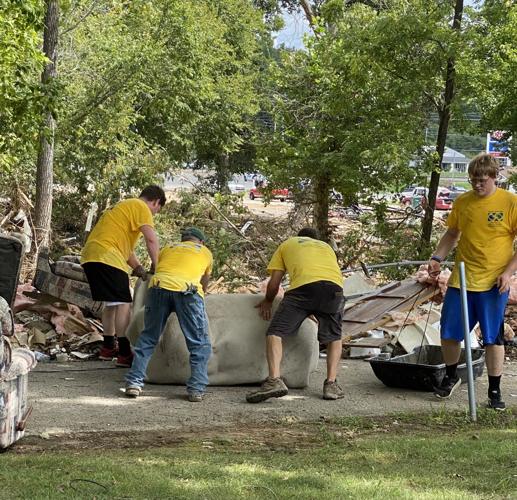 More than 300 people from Franklin and the surrounding areas of The Church of Jesus Christ of Latter-day Saints, along with friends and neighbors, gathered at Waverly High School in Humphreys County, Tennessee, on Aug. 28 and 29 to help with cleanup efforts following deadly floods in the area.

A box truck loaded with chainsaws, tarps, brooms, cleaning supplies and generators arrived from the church’s regional storehouse, and a command center was set up from 7 a.m. until 8 p.m. Volunteers divided into working groups and headed out to assist those in need.

Todd Callister of Franklin and his group worked at the First Free Will Baptist Church, where they were directed to the home of Pastor Rick Kennedy and his wife, Pam. The Kennedys had lost most all of their possessions. Pam was working through the reality that her table and chairs and other wooden tables were not salvageable and would need to be taken to the trash pile at the end of their yard.

“Despite all they had been through, they had smiles and hope for a beginning of recovery and rebuilding a new life,” Callister said. “When we entered the home, it had walls, furniture and personal belongings and memories. When we left, there were clean 2-by-4 walls and bare plywood floors. Many hands worked all day so it could be prepared to be rebuilt and again become their home.”

Toward the end of the day, Callister did a walkthrough of the house with the pastor and his wife.

“We showed him where some clothes were that he could preach in the next morning,” Callister said. “We all held hands — sweaty, dirty hands — in a reverent circle as Pastor Rick thanked and petitioned the God of us all.”

Volunteers completed work on over 50 homes. They cleared out wet furniture, soaking insulation and household items, mucked out mud, tore out warped wood and cut out wet drywall.

Julie Bickmore and her group worked on the home of a man named Mr. Jim.

“First and foremost, it was important to let Mr. Jim know we were there just for him and his family structures and took direction from him,” Bickmore said. “It was very touching to watch and listen to him tell us what artwork and photographs he absolutely must have, even if they did not look salvageable to me.”

Jim was well into his 70s, and each of his items had a story. The volunteers felt it was part of his healing to just listen to him.

“The savior was the greatest listener, and to emulate that for that day drew me closer to Him,” Bickmore said.

“Things are just things and then one day they will end up in a pile of rubbish,” Callister said. “I want to put the desire for things behind me and focus so much more on people, learning and loving.”

“This week, we are evaluating what the needs are for individuals and emergency response teams,” he said. “Next week, we are organizing workers from the broader area. We will continue to serve these wonderful people.”