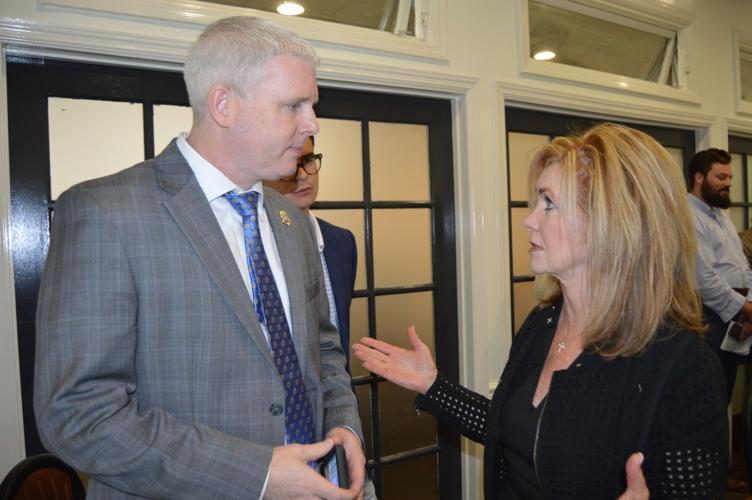 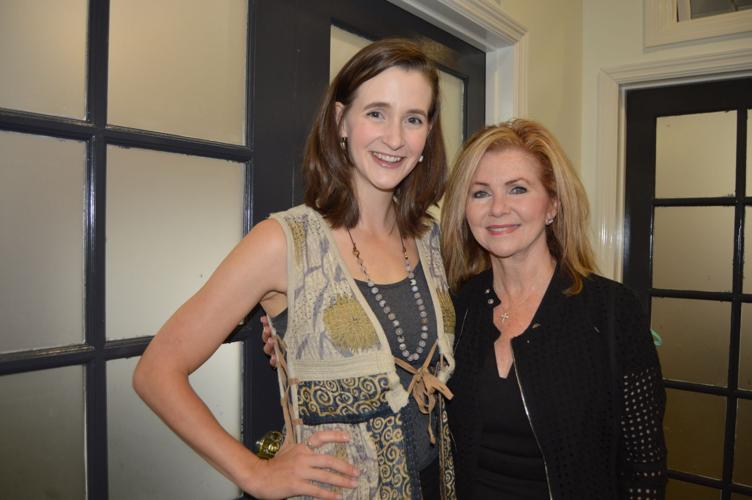 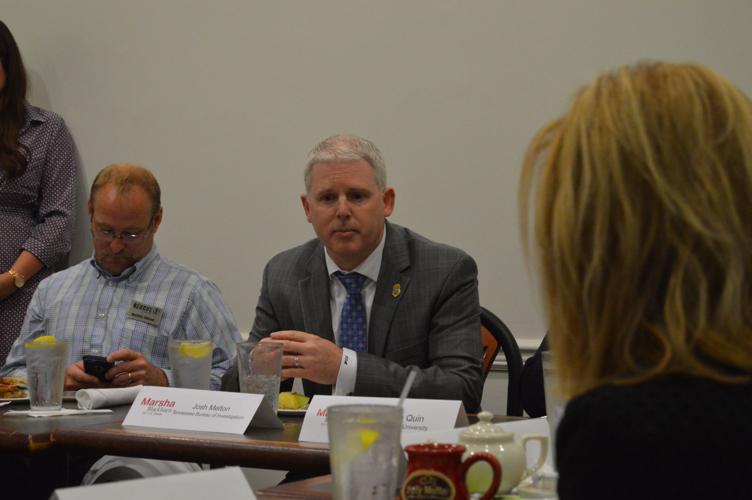 The common goal of combating the prevalence of human trafficking in Tennessee drew almost a dozen professionals and advocates for a roundtable discussion at Puffy Muffin in Brentwood Thursday.

The participants in the discussion, who serve on the frontlines in the fight to end human trafficking, brainstormed solutions to stop human trafficking at the talk led by U.S. Rep. Marsha Blackburn.

Blackburn first became aware of and involved in the issue in the early 1990s through programs at her church.

Many citizens, Blackburn explained, are unaware that human trafficking happens in Tennessee and are unaware of how it happens or how they can help or become involved.

“Many tell me, ‘if I had only known, [I would have done something],’” Blackburn said.

“I think Congress is more aware that this permeates every sector of society. What changes do you want to see in federal law,” Blackburn posed to the group.

Participants in the discussion included Detective Adrian Breedlove from the Brentwood Police Department; Josh Melton of the Tennessee Bureau of Investigation; Nancy Alcorn, founder of Mercy Multiplied, an organization and facility that helps to rehabilitate girls who have experienced trauma; Lacy and Daniel Tolar, founders of Rescue 1 Global, which provides trauma recovery services to victims of human trafficking; and After Eden production company owner Philipa A. Booyens (Blackburn's Goddaughter), who created the documentary “8 Days” about human trafficking told through the victims’ eyes.

Booyens, who describes her documentary as “difficult to watch," explained human trafficking as a money-making industry that feeds off of the sale of girls and boys for sexual activity. Booyens suggested that a solution to stop the perpetrators could be to fine internet organizations and perpetrators that foster space in their domains to promote trafficking.

“We need to hit them monetarily,” Booyens said. “Those organizations need to pay toward the solution. They are part of creating the problem and should start paying for victims’ recovery.”

Booyens thanked the roundtable participants for the work they dedicate their lives to.

“I think you guys are heroes,” she said.

According to the group of experts, human traffickers use many ways to manipulate and exploit young girls and boys, using the internet and online apps as tools to lure, or recruit victims.

Breedlove suggested requiring the “retention of records” from certain apps such as Snap Chat, which allows users to record videos or photos that are immediately deleted with no information retained after it’s watched by viewers.

“They are snapping, and we don’t have access to that,” Breedlove said.

The Brentwood Police Department made its first arrests last year related to human trafficking, in which two perpetrators were criminally tried and sentenced. According to Breedlove, Brentwood has 14 hotels the police watch for potential human trafficking victims.

“The victim is our first priority,” he said.

Alcorn told of the deep trauma that victims experience.

“There was one high-ranking law enforcement officer who sold his daughter into slavery,” she said. Although it took much rehabilitation and counseling, Alcorn said that due to the services provided by Mercy and other organizations, the victim is now enrolled in college and is on the track to healing. Alcorn also emphasized that girls need education and employment in the healing and restoration process to help them transition back into society after trauma.

The group applauded Blackburn for being instrumental in helping to shut down the website back page.com that solicited victims for human trafficking through classifieds. Ultimately, executives of backpage.com were federally indicted.

The bill allows law enforcement to take actions against websites that facilitate sex trafficking, regardless of the immunity they may otherwise have for user-generated content.

However, Blackburn believes more can be done and went to the experts for legislative guidance.

“We have to make this a high-risk crime to commit,” Quin said.

“This takes place in every sector of society. People need to have an awareness of what this looks like,” Booyen said.

Blackburn summed up the legislative suggestions of the roundtable participants to help stop human trafficking.

Other solutions to stop and prevent trafficking included educating children in elementary school and filtering cell phones from pornographic content. One member suggested health insurance for victims who require treatment after the trauma of human trafficking.