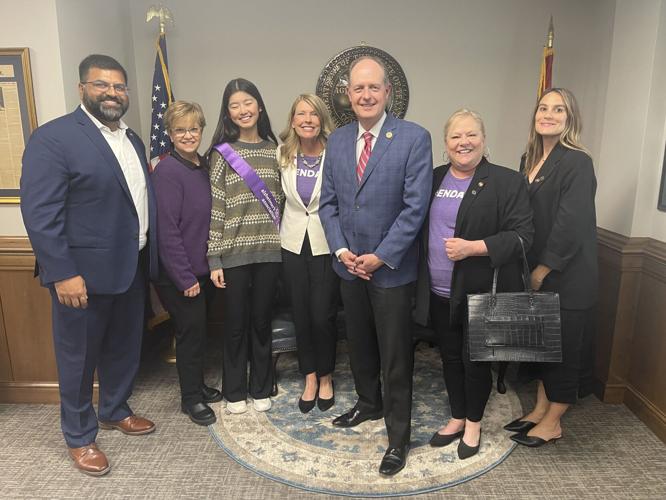 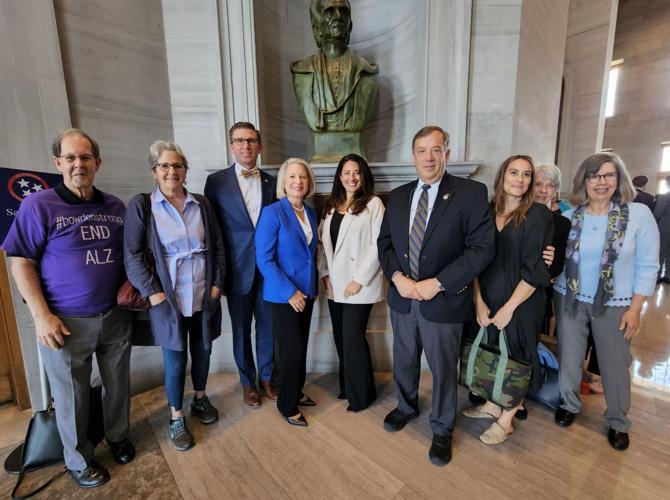 The Alzheimer’s Association Tennessee Chapter announced the passage of the Col. Thomas G. Bowden Memorial Act (SB 1749, HB 1686), which creates a pilot program providing crucial support and immediate relief to Tennesseans currently living with Alzheimer’s disease or a related dementia and their caregivers.

The three-year pilot program will provide home and community-based respite care to Tennesseans living with Alzheimer’s or dementia and their caregivers. In its first year, the pilot program would serve 150 Tennesseans and maintain 150 enrollees in its second and third year. Sen. Shane Reeves and Rep. Ryan Williams sponsored the bill.

Currently, more than 120,000 people in Tennessee are living with Alzheimer’s or other related dementia, with an estimated 361,000 family members serving as caregivers providing more than 500 million hours of unpaid care annually. Each year, more than 3,500 Tennessee residents lose their lives to the disease, including Bowden, who died from Alzheimer’s in 2018.

Bowden was born and raised in Tullahoma and was a Distinguished Military Graduate of MTSU. He dedicated 26 years of service to the United States Army as commander of more than 900 soldiers. He was responsible for 36 Perishing II missile launchers with assigned nuclear capable missiles.

Bowden served two assignments at the Pentagon and commanded at the Brigade level. He was diagnosed with Alzheimer’s at age 63 and lost his life to the disease at age 68. The Colonel Thomas G. Bowden Memorial Act is a testament to his life, as well as a tribute to the loving care provided by his wife of 46 years, Barbara Bowden.

“Our family takes this honor very seriously knowing that his name is only a representation of thousands of Tennesseans living with Alzheimer’s,” Barbara Bowden said. “We will take Tom’s zest for life with us as we advocate for the passage of this important bill which will provide essential assistance to the caregivers supporting their loved ones living with Alzheimer’s and related dementia. Our sincere thanks to our state legislators and the Alzheimer’s Association for their efforts to battle this devastating disease.”

“We are so thankful to the dozens of Tennessee Alzheimer’s Association Advocates who spent many hours speaking with their Tennessee legislators and sharing their personal journey with this terrible disease,” added Dawne Bunn, executive director of the Alzheimer’s Association Tennessee Chapter. “Without their hard work and advocacy, this would not have been possible. Their commitment was crucial in educating Tennessee leaders and gaining their commitment to this legislation.”