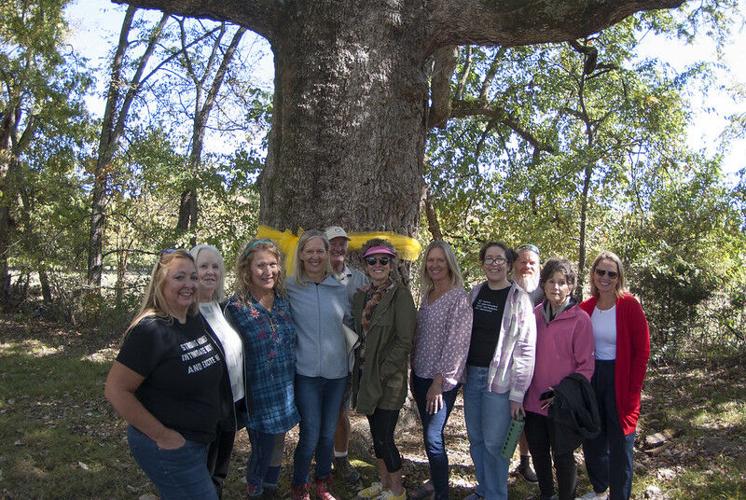 Ruth Osburn (center in green jacket) is leading a group of citizens in an effort to save the Chinkapin oak that is known as "Ruth the Witness Tree." 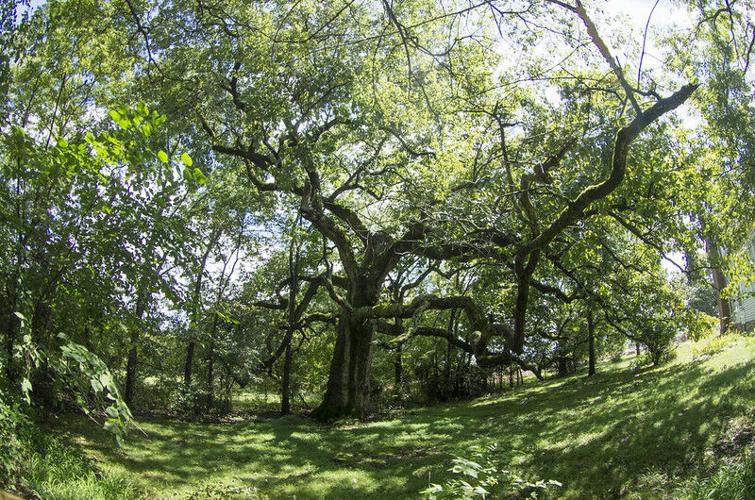 "Ruth" as she looks in late summer 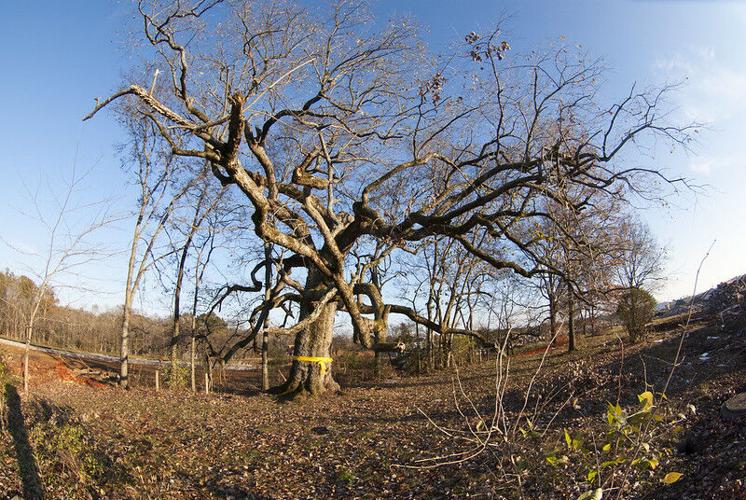 "Ruth" as she looks in November

Ruth Osburn (center in green jacket) is leading a group of citizens in an effort to save the Chinkapin oak that is known as "Ruth the Witness Tree."

"Ruth" as she looks in late summer

"Ruth" as she looks in November

Just off a gravely road that winds through a residential development in Arrington stands “Ruth.”

She looks a bit gnarled in places and in need of something akin to a makeover. Her top has been lopped off — victim of a ferocious lightning strike some 30 years ago — or she would tower even more over her immediate surroundings. She has witnessed much in her time, and now she is the focus of a growing grassroots campaign to save her.

“Ruth” is a Chinkapin oak tree that's estimated to be 335 years old, perhaps the oldest in Williamson County. The tree was named for Ruth Osburn, a longtime Williamson County resident who more or less took charge of the preservation effort the moment she first laid eyes on the tree.

“It literally made me gasp in awe and wonder,” said Osburn, who first came across the mighty oak when her husband, Gary Osburn, led her through the construction at High Park Hill and to the lot where the tree stands.

“Her massive trunk and long-reaching branches and the shade she provides —magnificent, spiritual, glorious! There are simply not enough adjectives to describe her majesty.”

Osburn became aware of “Ruth” in July, and by early August she was rounding up all the “tree huggers” she could find. Through gritty determination that has included social media, word of mouth and speaking out at county commission meetings, the group sprang into action. They contacted the developer, John Waits, and learned what “Ruth” could be facing.

Outbuildings on the property were razed in early October, and the clapboard farmhouse that stood only a few feet from “Ruth” was demolished just recently.

“We found out [early on] that the tree would be bulldozed down in phase 3 [of development],” Osburn said. “Well, I wasn't going to let that happen, for she was ancient, grand, and looked to be healthy. So I started speaking out, asking for help.”

In the meantime, Waits, who is president of Waits Development Group, hired an arborist to assess the age of the oak and her overall condition.

“When it was first brought to my attention that there was a tree around here that was significantly old, I had an arborist come out and see what the health of the tree is,” Waits said. “I wanted to be sure that if we made the attempt to save it, it was going to live.”

Waits insisted he truly wants to keep the tree standing, and he understands the passion coming from the activists. He has been meeting with engineers and others to consider ways to save “Ruth” with the lowest impact possible on that section of the development.

“We are working on it,” he said. “We’re doing all we can on our end to try to get there and get it all figured out at the earliest possible moment.”

Osburn and others in the group enlisted an expert as well, and they brought out a state forester named James Moore and later met with an arborist, Josiah Lockard. Moore said the tree could have rooted around the year 1687.

“He said it’s the largest Chinkapin oak he has seen,” Osburn said of Moore. “They are common to our area because of our rocky soil type and tolerance of alkaline soil. He did not see the tree as a hazard, and said it looked to be in good health. He said the lower limbs are dead most likely because of lack of light.”

Osburn had a lengthy conversation with Lockard, who in addition to having his own practice, is president of the Tennessee Forestry Council and is also a consulting arborist for Cheekwood Estate and Gardens in Nashville. He said “Ruth” the oak tree is healthy and strong and bound for a long life yet.

“When I told the people of the Tennessee Forestry Council about [“Ruth”], they were very, very excited about it,” Lockard said. “We have a landmark heritage and legacy tree program in which we catalog and celebrate these kind of trees when we do find them.”

Osburn — who this fall was a recipient of the Tennessee Urban and Community Forestry Citizen Activist Award through Tennessee Urban Forestry Council's (TUFC's) Awards of Excellence Program — celebrates “Ruth” every single day. After all, the Chinkapin oak has stood her ground in Arrington for some 122,275 days.

“We all need to push to save every healthy tree, especially with larger diameters. ... They truly do their part in nature, not only for their beauty and shade, but also for ecological reasons.”