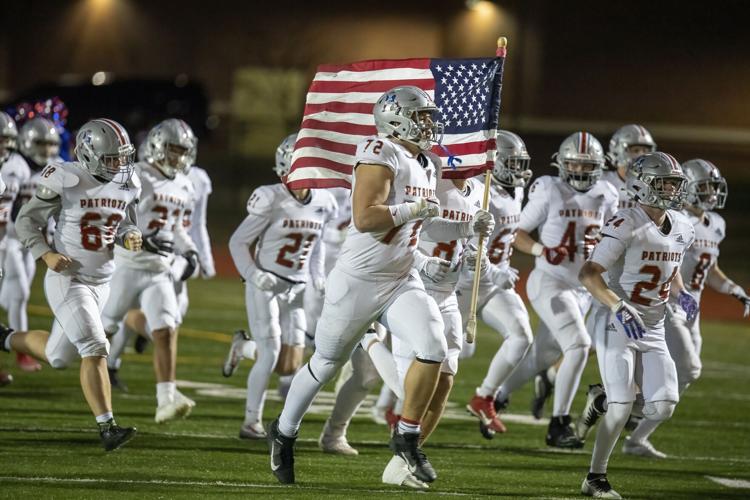 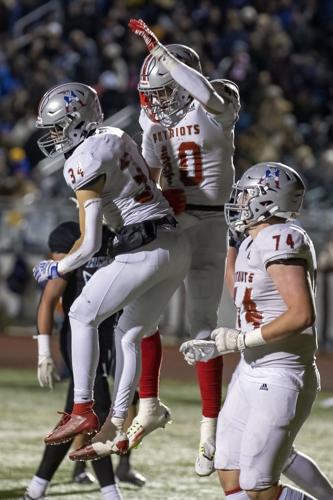 FRANKLIN – Revisiting and dwelling on last year’s Class 5A state football semifinal showdown at Page High School is a rather easy task, especially for anyone who witnessed it or played on the frigid Friday last November.

“Oh yeah, that was a special one,” said Page senior quarterback Colin Hurd, a standout linebacker in that last semifinal who made eight tackles and recovered a fumble. “I’ll always remember it.”

Most do. The contest went down as one of the greatest games in local history – and maybe beyond – with Williamson County’s Patriots rallying from a 17-point deficit twice and scoring 35 points in the fourth, punctuated by Max Collins’ 14-yard touchdown reception from Jake McNamara with seven seconds remaining as Page clinched its first championship berth with an exhausting 56-52 win over Henry County.

Numbers like that akin it to the kind of legendary story that will only grow each passing year like the size of that whopper of a fish your uncle Tony brags about landing every Thanksgiving. Maybe next year, Page’s rally will grow to 40 points. In a decade, who knows, it’ll probably be higher. It might as well have been 50.

Regardless, Page is practicing on Thanksgiving again. So is Henry County. Both have matching 11-2 records. The all-Patriot showdown with a state championship berth up for grabs will be plated and served Friday night, only this time it's in Paris in West Tennessee.

“It’s just awesome to be in this position,” said Page coach Charles Rathbone, who is in his 11th season as head coach and carries an 89-42 record. “There’s very few attempts in life you get to do something like this.

“Hopefully we can get it done.”

The local Patriots are coming off a 35-28 win at previously unbeaten Nolensville in another thrilling all-county showdown against their Region 6-5A rivals.

Rathbone admitted he and his team have been trying to flush last year’s epic win out of their minds heading into Friday. There’s more than enough to focus on this year’s matchup, he said.

Rathbone said his team is simply different. They are more physical, he said.

“We know we are a lot different of a team and to be honest, I really do feel like this is the best team as far as depth, lack of holes, that Page has ever put on the field,” Rathbone said. “We are a much more physical team and less finesse than last year. Henry County took advantage of that last year, but we think we match up better now.”

Page is gaining more than 170 yards per game on the ground despite losing leading rusher Ethan Cunningham to injury near the end of the regular season. Junior Caden Walker has filled in and the ground game hasn’t missed a beat with Walker amassing 332 yards and six TDs in four starts behind Page's physical offensive line. Hurd, who has been nursing a bum ankle, can also open up his passing game more by using his legs.

“We have to keep our heads on straight and just block all the noise out,” said Hurd, who has thrown for 2,386 yards and 25 touchdowns this season. “We all have a great chemistry and have to believe that we can come out and win in any game.”

Hurd has plenty of experience in wide receivers Collins, Boyce Smith and Henry Cason, who caught two TDs and threw another last week.

Junior Ronan O’Connell, a 6-foot-4, 273-pounder, anchors the trenches for Page up front for Hurd and company. He helps lead a group on the o-line that includes senior Andrew Mitchell, juniors AJ Johnson and Kyle Kowaslki along with freshman Jake Rathbone, coach Rathbone's son.

Sophomore Eric Hazzard has been a menace on defense for the Patriots and is among the leaders in tackles. He also has a team-best nine sacks.

“It’s all about not wanting to take a play off, having the drive to get out and push a little harder each play,” said Hazzard, who added how his team wanted to battle Henry County again. “We want to show them it wasn’t a fluke last year.”

Similarly to Page, Henry County faced region rival Springfield for a second time this season last week in the quarterfinals. They claimed a 27-19 victory despite falling behind 13-0 early. The western Patriots converted a two-point conversion to win in overtime and clinch the regular season region title earlier this season in the first meeting.

Senior Lake Heffington broke out for season-highs of 146 yards rushing with three touchdowns to lead Henry County in the quarterfinals. Fellow senior Morgan Barrick leads the team in rushing with 1,162 yards, but was held out of the end zone for the first time last week. He enters with 20 TDs on the ground, but just one in the last two games.

Senior quarterback Ryan Damron, who started against Page last year in the semis and owns most of the QB records at tradition-rich Henry County, guides the offense with 1,782 yards passing, 14 TDs through the air and 10 touchdowns on the ground.

Friday will be the third consecutive state semifinal appearance for Henry County, which lost to eventual champion Summit at home in the semis in 2020.

“We really feel like we match up a little bit better in terms of size and physicality this year,” Rathbone said. "We just have to go out and do our jobs."

Rathbone said the team will make the 126-mile trip west early Friday afternoon with a midway stop for a walk-through and meal.

“That will get us off the bus and keep us on our normal daily schedule,” he said. “It really comes down to, well, I mean, it’s football. It’s not complicated. It’s not life – though it mirrors life in a lot of ways – but football is about blocking and tackling and making plays.

“These guys have to do that and if they don’t, then we are coming home and we still had a great season. But, if they do, we are lining up to go back to Chattanooga. That’s the challenge.”

Friday’s game in Paris is scheduled for a 7 p.m. kickoff. The game will be carried on WAKM AM-950 and online at wakmworldwide.com with Joe Williams on play-by-play, Dana McLendon providing color analysis and Charles Pulliam on the sideline. The pregame show will begin at 6:30 p.m.