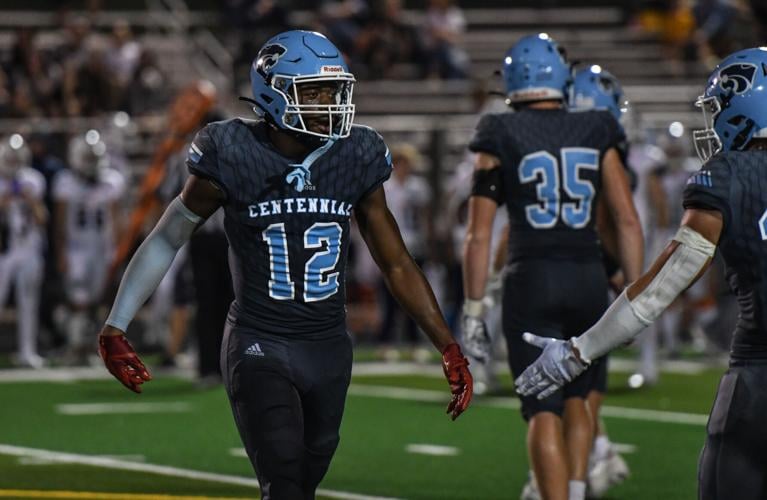 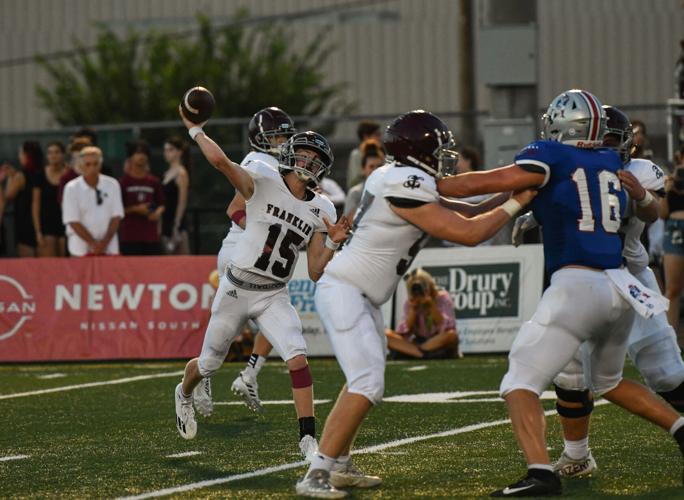 FRANKLIN – At Centennial High School, they are known simply as “The Squad.”

Juniors D.J. Curll, Kani Johnson, Taner Lee, Dominic Reed and Keegan Scruggs have played football together since they were 5 years old through youth football with the Franklin Cowboys, Franklin Middle School and – according to Reed – they came to Centennial with a single focus.

“We want to make Centennial football stronger,” he said.

The Squad and the rest of the Cougars, who sit at 5-1 overall and 1-1 in Region 7-6A, will get the chance to prove they have succeeded Friday night when they visit archrival Franklin (0-6, 0-2) in a key region matchup for the Admirals homecoming.

As the featured Game of the Week, the Week 7 contest at Franklin High can be heard live on WAKM AM-950 locally and online at www.wakmworldwide.com. Joe Williams will handle play-by-play, with color analysis from Dana McLendon in the booth. The pair will manage the pre-game show, which kicks off at 6:30 p.m. Kickoff is scheduled for 7 p.m. Friday.

For the Admirals, the Battle of Franklin is chance to rebound from a disappointing start to the 2022 season and keep a slim hope of even making the playoffs after missing postseason play last year for only the second time in a decade. For the Cougars, it is a chance to stake a return to the playoffs after a four-year draught.

For Reed and his teammates, there is more on the line than just a victory.

“We just want to set an example and show everyone we can make something happen,” Reed said. “I want to show our community how hard we have worked and how far we have come.

“This is not just the Battle of Franklin, this is an opportunity our seniors have not had, to go to the playoffs. This is basically a playoff game.”

Centennial coach Matt Kriesky is well aware of the significance of the game, entering his seventh season with a 3-3 record in the series.

“It’s the Battle of Franklin and Centennial is not on the positive side overall,” he said. “And records don’t mean anything. This is a make-or-break game for us.”

“Franklin is a good, well-coached young football team that keeps getting better,” Kriesky continued. “When they all click together, they are going to be tough. I just hope it’s not Friday night.”

Four of the Admiral losses have come by 11 points or less, and both teams share losing experiences to region foe Independence on last-minute breakaway touchdown runs. Close defeats can be tough on the psyche of young teams, and Franklin will be looking for leaders to step up and focus on winning Friday night with the distractions of homecoming festivities.

Sophomore quarterback Brewer Wilson has guided the offense for the Admirals, but has multiple interceptions in three straight outings. He’s thrown for nearly 1,200 yards with his top target – senior Cooper Brown – amassing 35 receptions for nearly 600 yards, but is coming off a season-low output after being blanketed by McGavock in a Week 6 35-14 loss with just four yards on three catches.

The Admirals have also turned the ball over three times in each of the last three games.

“We’ve got to keep working on it,” Franklin coach Alex Melton said. “Turnovers have hurt us the past three weeks.”

Cougars senior quarterback Branden Jones has thrown for 1,058 yards through six games with 11 touchdowns to four interceptions. The explosive Johnson (21 catches for 380 yards) is the top receiver for Centennial, while Lee anchors the ground game with 628 yards and eight touchdowns.

With the rivalry entering its 26th year, many of the Centennial players have parents and other family members that graduated from Franklin. Reed admits that sometimes makes family gatherings around the contest a bit interesting.

“My mother – everybody around me – graduated from Frankin, so for them, it’s kind of a win-win situation,” he said.

“I didn’t go to Franklin, so I’m going to have to stick with my Cougars,” he added with a laugh.

Commentary: Reflections on the start of a rivalry, 25 years later

There was something a bit special about preparing for the broadcast that night, 25 years ago. The brand-new high school in town, Centennial Hi…