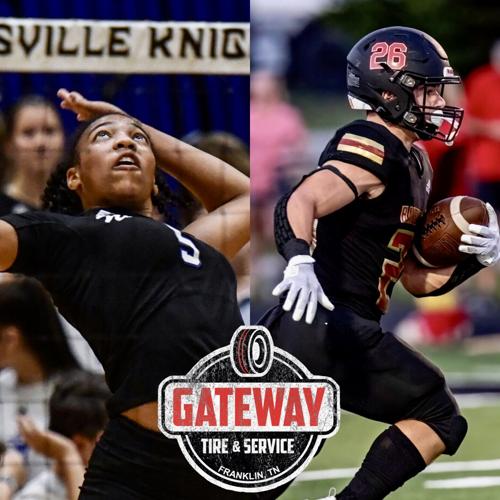 Nolensville's Kaira Knox and Ravenwood's Carter Pace were selected as the Gateway Tire Athletes of the Week for the week ending Sept. 18, 2022. 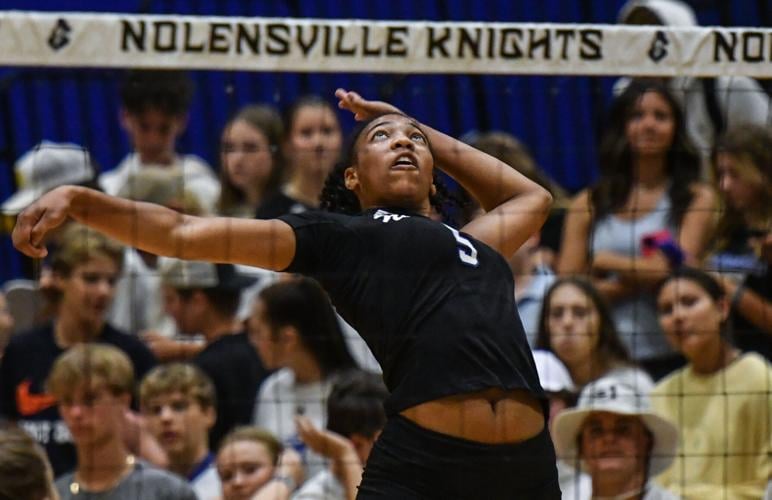 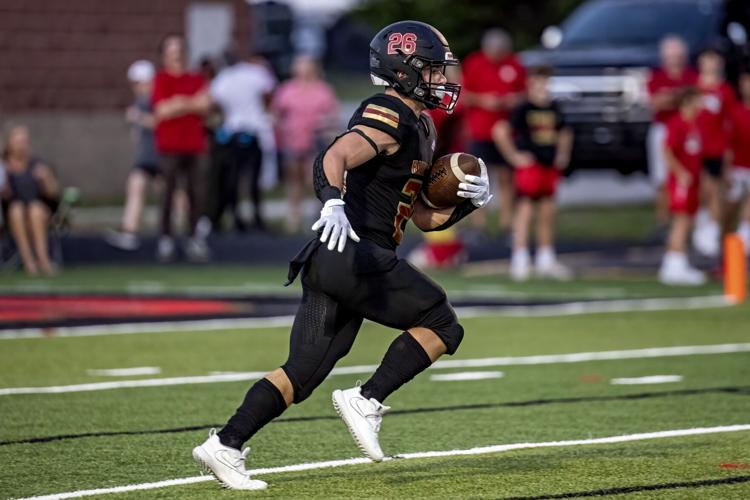 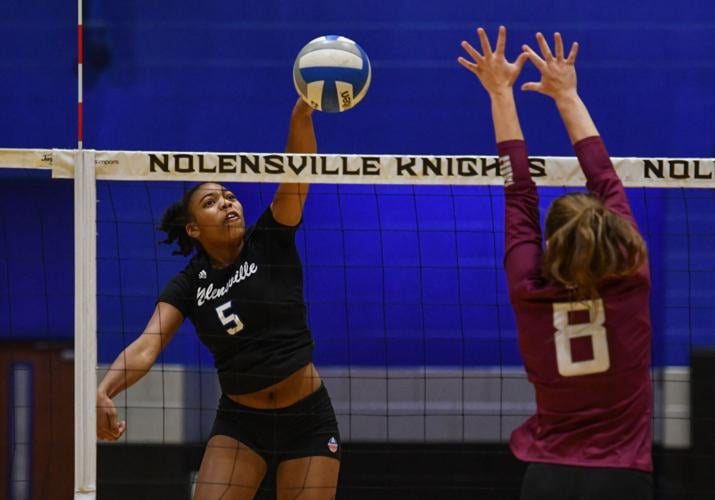 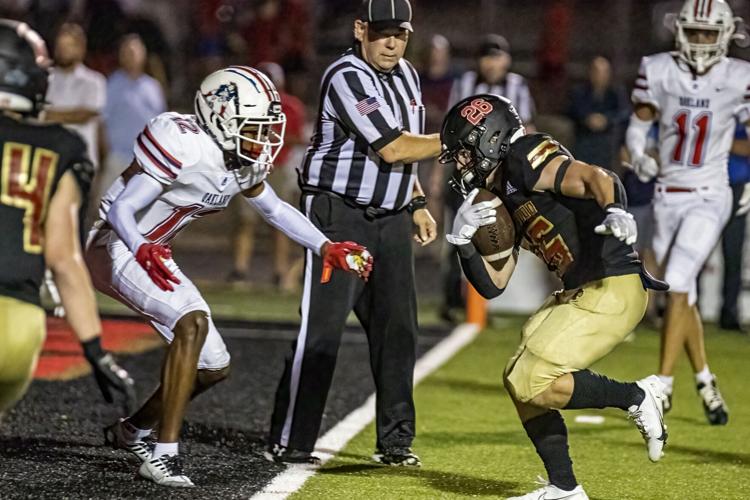 Nolensville's Kaira Knox and Ravenwood's Carter Pace were selected as the Gateway Tire Athletes of the Week for the week ending Sept. 18, 2022.

FRANKLIN – Kaira Knox of Nolensville High School and Carter Pace of Ravenwood were selected as the latest Gateway Tire Athletes of the Week for the week ending Sept. 18.

Knox, a sophomore volleyball standout, led the Knights to an 8-0 week and the Border Battle tournament championship over the weekend. Pace scored four touchdowns in the Raptors 28-10 win over Brentwood in Week 5.

The pair were chosen as part of the Athletes of the Week awards sponsored by Garth Bouldin of Gateway Tire & Service Center in Franklin. Each week, one male and one female athlete from Williamson County are selected and featured in the Williamson Herald throughout the school year.

In addition, both athletes will be recognized Monday night at 6 p.m. as part of a live broadcast on WAKM AM-950 and online from Tony’s Eat and Drink in Franklin during the live “WillCo Sports Power Hour” broadcast.

The Knights prevailed in back-to-back District 11-AAA showdowns last week, winning in five sets against Franklin and Brentwood. Knox hit for a career-high 23 kills to go with five blocks and 10 digs in the win over the Admirals and she added 16 kills and 12 digs against the Bruins.

“Kaira has stepped up a six-rotation role this season as a sophomore and done a tremendous job,” Nolensville volleyball coach Brett Young said. “She is such a weapon from the right side and has been a great leader for us as well.”

Nolensville, which improved to 29-4 overall, travel to Ravenwood Thursday for another district matchup.

Pace finished with 74 yards rushing in the Battle of the Woods Region 7-6A win last Friday. He scored all four touchdowns for the Raptors.

“Carter has been a super consistent offensive weapon for us this year,” Ravenwood football coach Will Hester said. “We discussed early in the week that this would be a game that he could play a huge factor in.

“His patient style of running allows his blockers time to do their job and then he bursts through the hole.”

Pace has rushed for 378 yards and a whopping 12 touchdowns through five games so far this season. He’s also caught 10 balls for 58 yards.

Pace is averaging 75.6 yards per game.